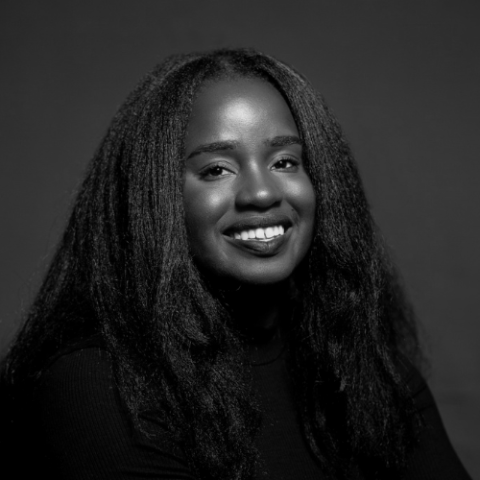 Anna Gifty Opoku-Agyeman is an award-winning Ghanaian-American researcher, entrepreneur, and writer. Currently, she is a graduate student at Harvard Kennedy School studying public policy and economics. She graduated from the University of Maryland, Baltimore County, in 2019 with a Bachelor of Arts in Mathematics and a minor in Economics.

In 2018, Anna Gifty co-founded The Sadie Collective, the only non-profit organization addressing the underrepresentation of Black women in economics, finance, and policy. She also co-founded the viral and award-winning digital campaign #BlackBirdersWeek. To date, Anna Gifty remains the youngest recipient of a CEDAW Women's Rights Award by the United Nations Convention on the Elimination of all forms of Discrimination Against Women—previously awarded to Vice President Kamala Harris and Democratic House Speaker Nancy Pelosi. Her advocacy, research, and commentary lie at the intersection of social justice and quantitative analysis and are featured widely by media outlets such as Bloomberg, NPR, Teen Vogue, Slate, and The New York Times.