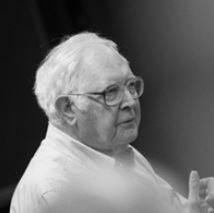 Dan Fenn, Adjunct Lecturer in Executive Programs, Harvard Kennedy School. In addition to his involvement at the Kennedy School, Dan Fenn was the Founding Director of the John F. Kennedy Library in Boston, which is part of the National Archives and Records Administration. He was most recently special assistant to the Chancellor, University of Massachusetts, Boston.

Fenn's earlier government experience includes service as a staff assistant to President John F. Kennedy, Commissioner and Vice-Chairman of the United States Tariff Commission, and Special Assistant to Senator Benjamin A. Smith (D) of Massachusetts. He has recently served two terms as an elected Selectman in his home town of Lexington, Massachusetts. He is the author or editor of numerous books and articles.