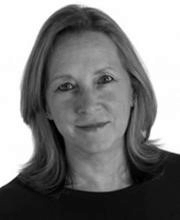 Dr. Donna Hicks is an Associate at the Weatherhead Center for International Affairs, Harvard University.  Dr. Hicks was Deputy Director of the Program on International Conflict Analysis and Resolution (PICAR) at the Weatherhead Center for International Affairs at Harvard University.  She worked extensively on the Israeli/Palestinian conflict and as a member of the third party in numerous unofficial diplomatic efforts. In addition to her work in the Middle East, Dr. Hicks founded and co-directed a ten-year project in Sri Lanka, which brought the Tamil, Sinhalese and Muslim communities together for dialogue. She has been actively involved with the conflict in Colombia, where she was invited to give workshops and lectures in conflict resolution. For several years, she was involved in a project designed to improve relations between the US and Cuba.  She is the Vice President of Ara Pacis, an Italian organization sponsored by the Italian Foreign Ministry.  They are currently involved in a dignity restoration project in Syria and Libya. Dr. Hicks was a consultant to the British Broadcasting Company where she co-facilitated encounters between victims and perpetrators of the Northern Irish conflict with Archbishop Desmond Tutu. The encounters were made into 3 television programs that were aired throughout the United Kingdom and on BBC World.  Dr. Hicks has taught courses in conflict resolution at Harvard, Clark, and Columbia Universities and conducts trainings and educational seminars in the US and abroad on the role dignity plays in healing and reconciling relationships in conflict as well as dignity leadership training.  She consults to corporations, schools, churches, and non-governmental organization. She is the author of the book, Dignity: It’s Essential Role in Resolving Conflict, published in 2011 by Yale University Press.  Her new book, Leading with Dignity:  How to Create a Culture That Brings Out the Best in People was just released by Yale University Press in August 2018.  For more information, go to http://drdonnahicks.com