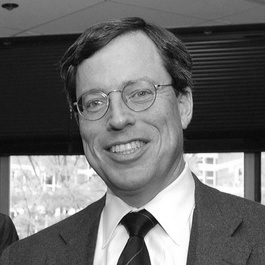 Philip D. Zelikow is the White Burkett Miller Professor of History at the University of Virginia. He was appointed Counselor of the U.S. Department of State from February 2005 through December 2006, where he served as a senior policy advisor on a wide range of issues to the Secretary of State. Before his appointment as Counselor, Dr. Zelikow served as the Executive Director of the 9/11 Commission. Formerly a trial and appellate attorney in Houston, Zelikow served as a career foreign service officer overseas, in the Department, and on detail to the NSC staff. He then taught at Harvard University and at the University of Virginia. A former member of the President’s Foreign Intelligence Advisory Board (2001-2003), Dr. Zelikow also directed the privately sponsored Carter-Ford Commission on Federal Election Reform, which led to the Help America Vote Act of 2002. Dr. Zelikow received his BA in history from the University of Redlands, his JD from the University of Houston, and his MA and Ph.D. degrees in international law and diplomacy from Tufts University’s Fletcher School.