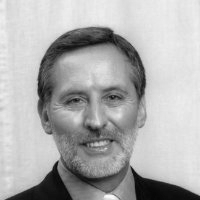 Ronald MacLean-Abaroa is the former Mayor of La Paz, Bolivia. Regarded as a leading governance expert and practitioner, Mr. MacLean-Abaroa comes from the world of politics and public service. He was the first democratically elected mayor of La Paz in 1985, and was reelected four times until 1997.

Appointed the youngest minister at age 29, he has held five national cabinet positions including Planning, Foreign Affairs, Government Spokesman, Finance, and Sustained Development, serving three different Presidents between 1978 and 2001. He ran for President of Bolivia in 2002, before joining the World Bank as the Lead Public Sector Management Specialist on Governance, Decentralization, and Poverty Reduction.

In the late 1990's MacLean-Abaroa spent three years at the Harvard Institute for International Development as a Senior Research Fellow on Governance before returning to public service and politics in 1999. In 2003 he joined the World Bank as a Lead Governance Specialist, where he served until his retirement in 2011, and remains a senior consultant there.

He received his Masters in Public Administration from Harvard University, where he is also a Research Fellow, and his bachelor’s degree in economics from the University of Maryland.