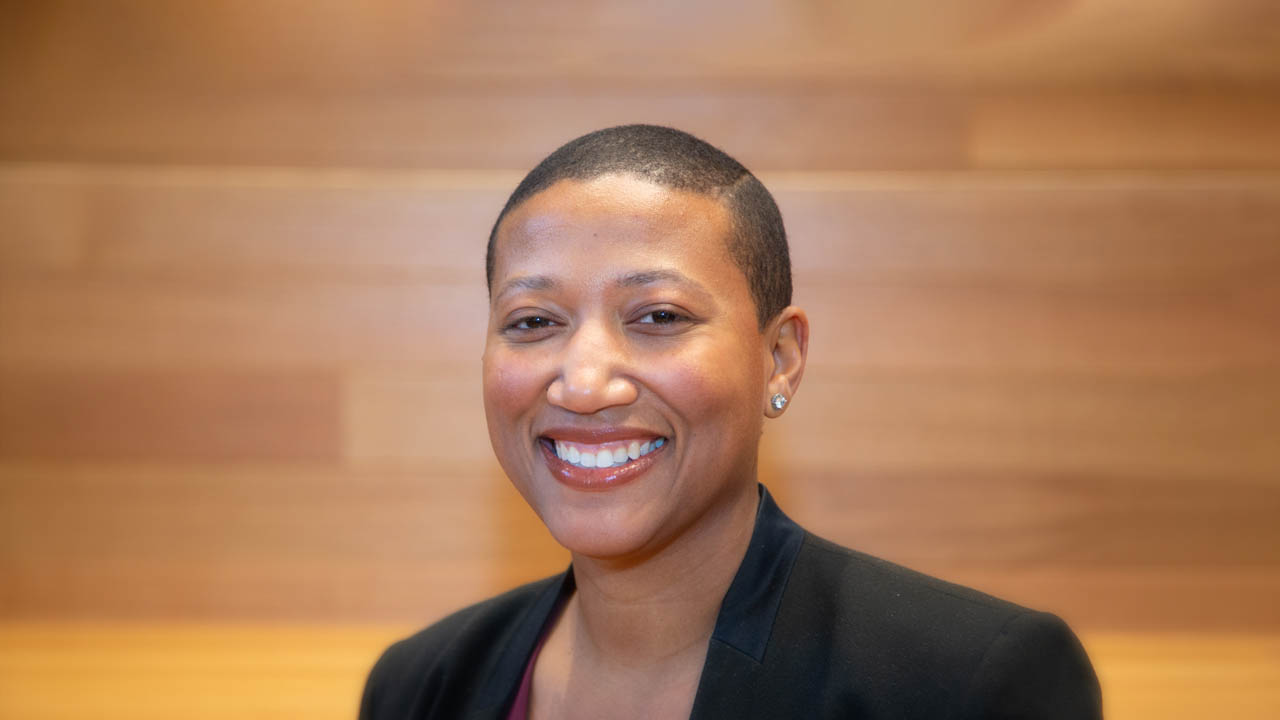 Doing Better: Kim Dowdell MC/MPA 2015 is working to revitalize Detroit in a sustainable and equitable way

EVER SINCE SHE WAS A CHILD growing up in Detroit, Kimberly Dowdell has believed that the city “can and should be better.” That belief stayed with her as she went to study architecture at Cornell University, as she worked as an architect in Washington, D.C., and New York City, and later as she studied at Harvard Kennedy School as a Sheila C. Johnson Fellow. After graduating, she returned to her hometown to take up the challenge. Initially, Dowdell worked for Detroit’s Housing and Revitalization Department to facilitate real estate development. In 2016, she joined Century Partners, an innovative Detroit-based firm that was awarded a project to revitalize the Fitzgerald neighborhood, on the northwest side of the city.

Century Partners is working to rehab 100 homes and transform more than 250 vacant lots. Working in areas beyond the central business district is part of what Dowdell believes equitable growth and development must include for a more just city.

The time is now to figure out how to create the infrastructure to ensure that [cities] grow responsibly.

The Fitzgerald Project is supported with public and private investment as well as participation from the community. A recent victory for the team was securing funding from the nonprofit KaBOOM! to build a playground in the neighborhood. This effort is not just to rebuild homes in a highly under-resourced neighborhood, but to build alliances in the community for a healthier collective future. Solving complex community problems is a necessary part of Dowdell’s mission to improve the quality of life for people living in cities. “As society starts to trend more toward cities,” she says, “it’s more and more important that we figure out how to make cities as sustainable as they can be, as equitable as they can be, all the things that make a strong city. The time is now to figure out how to create the infrastructure to ensure that they grow responsibly.”

Dowdell, who also teaches architecture and urban planning at the University of Michigan, was recently inducted as president of the National Organization of Minority Architects. She explains that only about 2 percent of licensed architects in the United States are African-American. “That is an issue when you talk about redeveloping  our cities, where there tend to be a greater concentration of people of color,” she says. Dowdell is helping to build a stronger and more diverse pipeline of young people going into the architectural profession, so that the people who design cities better reflect the people who live in them. “We must include the consumers of great design right from the beginning; inclusion is not just a buzzword, it is at the core of my practice as an architect, developer, educator, and leader.”
—

Home Work: Matthew Aronson MPP 2010 has been working on a plan to end youth homelessness in Boston