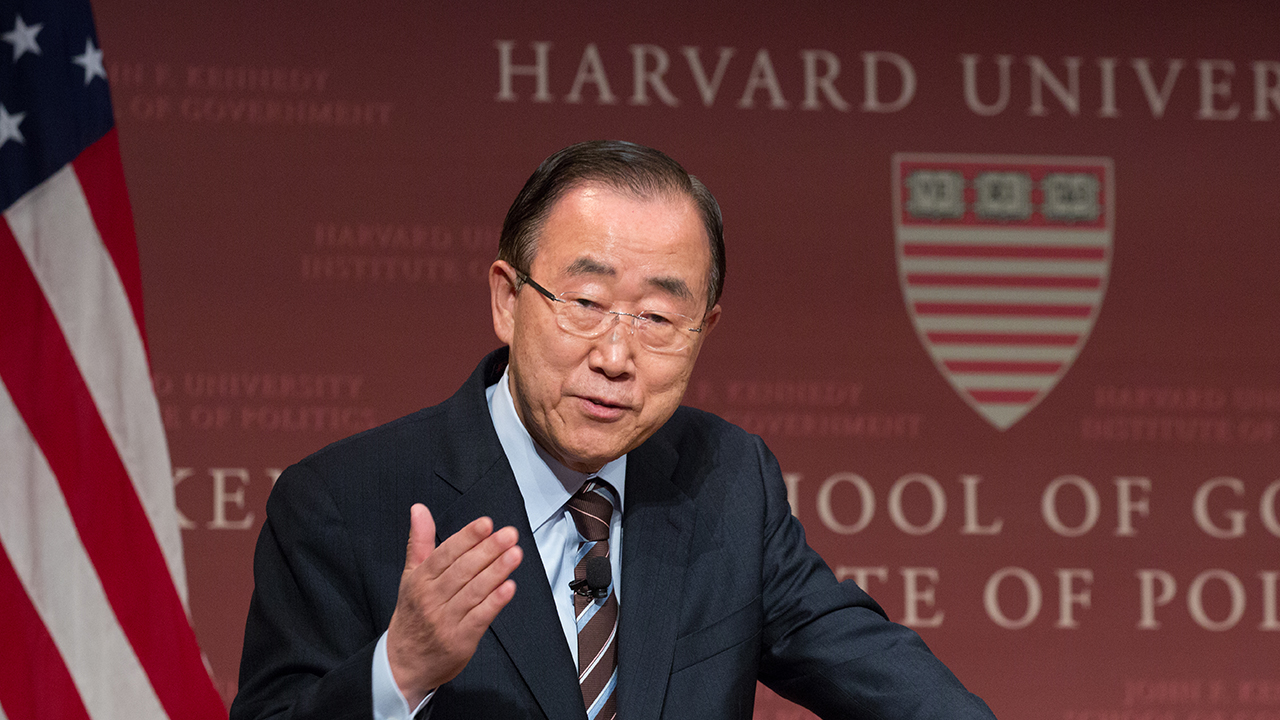 A conversation with the former UN secretary-general

AT THE KENNEDY SCHOOL for the second half of the 2016–2017 academic year as the Angelopoulos Global Public Leaders Fellow, Ban Ki-Moon MC/MPA 1984 has continued to work on what drove him during his 10 years as UN secretary-general (and 46 years as a diplomat) and what he says is the only way to achieve success: overcoming the divisions and narrow national interests that stand in the way of a more universal vision.

Q: What were the biggest hurdles you faced as head of the UN?

A: Some countries bring their own domestic, national perspectives to the arena of international politics. In such cases, it divides the United Nations. When the United Nations is not united, we cannot have a uniting force. That is why I have been consistently, persistently asking member states to look beyond their national perspectives. They should come with the universal and international vision for peace and development.

Q: Given all the crises you faced, some of them seemingly intractable, did your time at the UN make you a pessimist?

A: If you are pessimistic, you cannot do your job properly. Despite all these challenges, I’ve always tried to be positive. Positive thinking brings better results. I never used the word “frustrated”—if the secretary-general of the United Nations is frustrated, then who else can you find? You must always try to motivate people to do much more for humanity.

“If the secretary-general of the United Nations is frustrated, then who else can you find?”

Q: What role does a former secretary-general play?

A: I will do my best in enhancing the importance of a global vision and global citizenship among people. National boundaries do not mean much these days; this world has become very small. Of course, you cannot just erase ethnicity. You are born in a certain place. I was born as a Korean and I will live as a Korean, but my mind-set is always global. And I think there is an important role the academic community can play in that. The knowledge that you may gain from a professor or a book may be limited or may be outdated soon; what is important is the analytic capacity to use unchanging formulas and principles to help shape a better world.