Going Where the Need Is Greatest

MARIA SOLEDAD RUEDA MC/MPA 2019 aided famine victims, protected political prisoners, and lived through deadly conflicts on three continents during a decade of humanitarian work on her way to Harvard Kennedy School. So it came as no surprise that after graduation she returned to her career with the International Committee of the Red Cross (ICRC) in a challenging post supporting yet another daunting emergency: as Ebola coordinator, based in Goma, in the eastern Congo. A region that has lived through the deadliest humanitarian catastrophes in the world over the past 25 years, at a cost of more than 5 million lives, is now suffering through an Ebola outbreak that has lasted more than a year. Rueda will help lead a team confronting the impact of the disease in a climate of guerrilla warfare and grinding poverty. Her customary response? Her heart takes her where the need is greatest.

Rueda, who goes by Sole, came to HKS in the summer of 2018 straight from her previous ICRC posting, in Gaza, where she negotiated between Israelis and Palestinians in another zone of seemingly perpetual strife. She says that during her Kennedy School year she found “a precious moment of self-reflection, to take the things I had accumulated and go deep inside, to step back and resource myself by learning from amazing people…I learned a lot, but it also offered me a healing process I hadn’t expected.”

Before returning to the field in November, Rueda spent the months after graduation in her hometown of San Gil, Colombia, engaged in promoting peace. She worked with her mother, a physician, at the orphanage and school founded by her grandmother and now run by her mother. They worked with displaced Venezuelans, many of them children, who have flooded into Colombia as civil strife racks their homeland. The focus was on family planning and preventing sexually transmitted diseases. The Colombian Congress and the Santander regional government gave Rueda awards for meritorious citizenship and leadership in her humanitarian work. 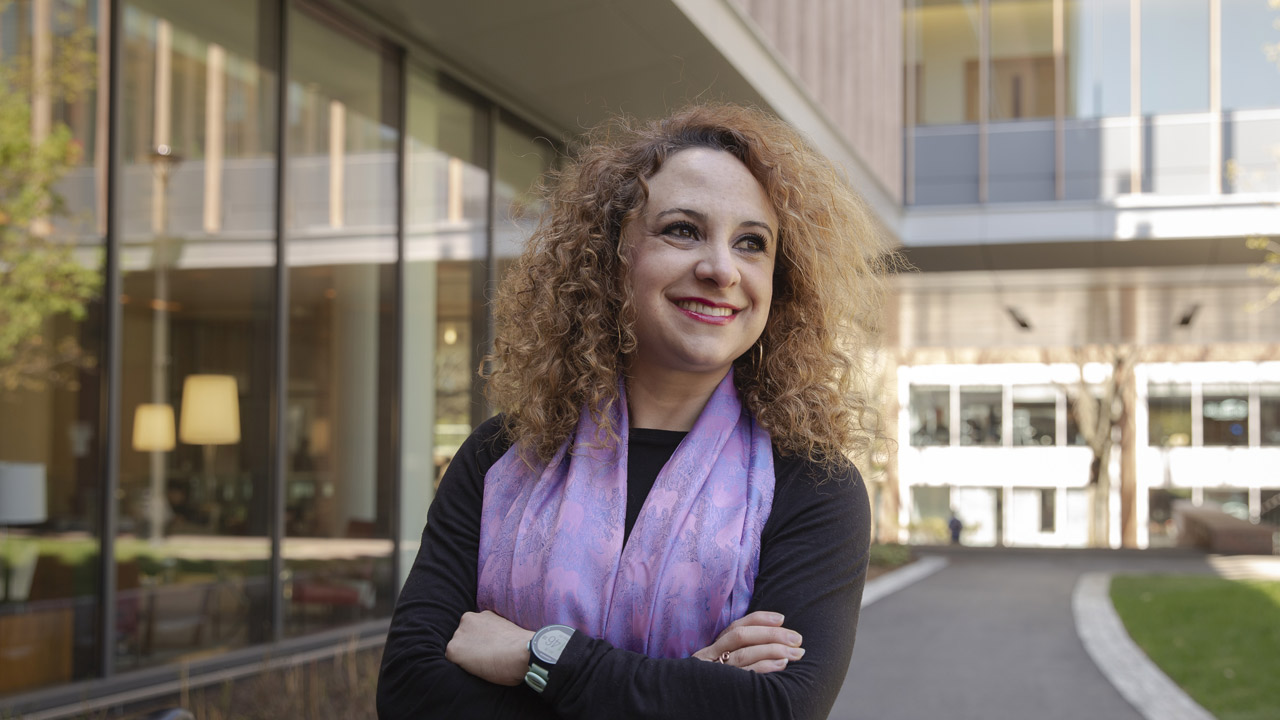 “I learned a lot [at HKS], but it also offered me a healing process I hadn’t expected.”

That she spent her break this way reflects her unshakable belief that shared humanity will prevail. After all, she has seen it happen repeatedly, in more than a decade of postings in Somalia, South Sudan, the Central African Republic, Myanmar, Liberia, and Panama—all leading her to the next position in eastern Congo. “I believe profoundly and in the deepest part of my soul that as humans we can be good for one another,” Rueda says. “And I mention this not out of naiveté but out of experiences that have left scars. Each one tested me in physical and emotional ways I never expected.”

Her earliest posts were with the office of the United Nations High Commissioner for Refugees, where she landed after completing her first master’s degree, at the Graduate Institute of International and Development Studies in Geneva, and adding a specialization at the FH Joanneum University in Austria. Moving to the ICRC brought Rueda closer to the kind of peace building that she aspires to pursue in the years ahead. Her recent conflict-resolution work in Colombia, she says, felt especially timely given the growing fragility of her nation’s peace agreement with rebels. With her firsthand understanding of the consequences of armed conflict and violence, Rueda imagines a future working in the field of conflict resolution and mediation to promote peace.

The World is Here to Support You