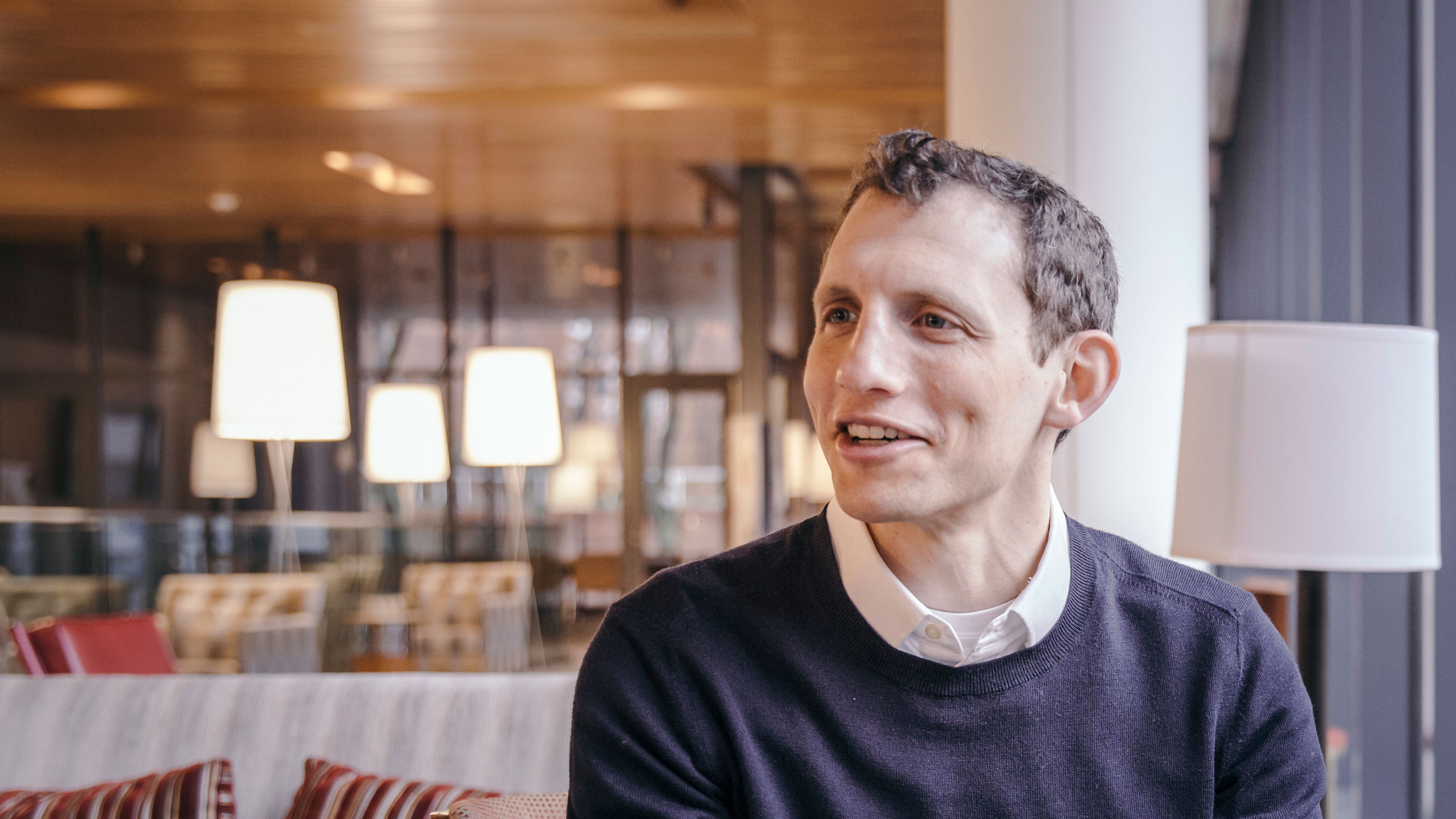 Home Work: Matthew Aronson MPP 2010 has been working on a plan to end youth homelessness in Boston

FOR MATTHEW ARONSON, graduate school provided an opportunity to reflect on his experiences teaching young people and founding a youth-led organization as a Peace Corps volunteer in Ukraine. “Being here at HKS, I got to rinse and wash and look at and dissect all the things that I did there,” he says. After graduating, Aronson worked at the U.S. Department of Housing and Urban Development, where he designed and implemented programs to prevent and end youth homelessness in communities across the country.

In early 2018, having started his own consulting practice, Aronson was hired by Boston Mayor Martin J. Walsh to develop a comprehensive plan to end youth homelessness in the city. According to Aronson, the adult homelessness system can be unsafe for youth and young adults who often need different kinds of supportive services. And the size of the affected population adds to the problem’s urgency. “If you walked outside tomorrow in Boston and were magically able to go down every street and into every shelter, you would fill an auditorium with young people who have nowhere to go,” Aronson says.

Aronson’s team has used a multifaceted approach in developing a response plan centered around expanding the city’s network of partners into a larger community of stakeholders, leveraging their expertise and sharing ownership of the process.

If you walked outside tomorrow in Boston and were magically able to go down every street and into every shelter, you would fill an auditorium with young people who have nowhere to go.

Aronson is consistently struck by the impact that young people with current or former experience with housing instability have had on the work. His team meets regularly with the Boston Youth Action Board and has supported the participation of its members at every level of decision making to ensure that the final recommendations address the needs of the people they are working to serve.

Aronson’s passion for partnering with youth has not waned since his Peace Corps days. “Spending time with the Youth Action Board, volunteering and spending a night at the Y2Y shelter in Harvard Square—those are easily my most gratifying and favorite moments of the work.”
—

Doing Better: Kim Dowdell MC/MPA 2015 is working to revitalize Detroit in a sustainable and equitable way