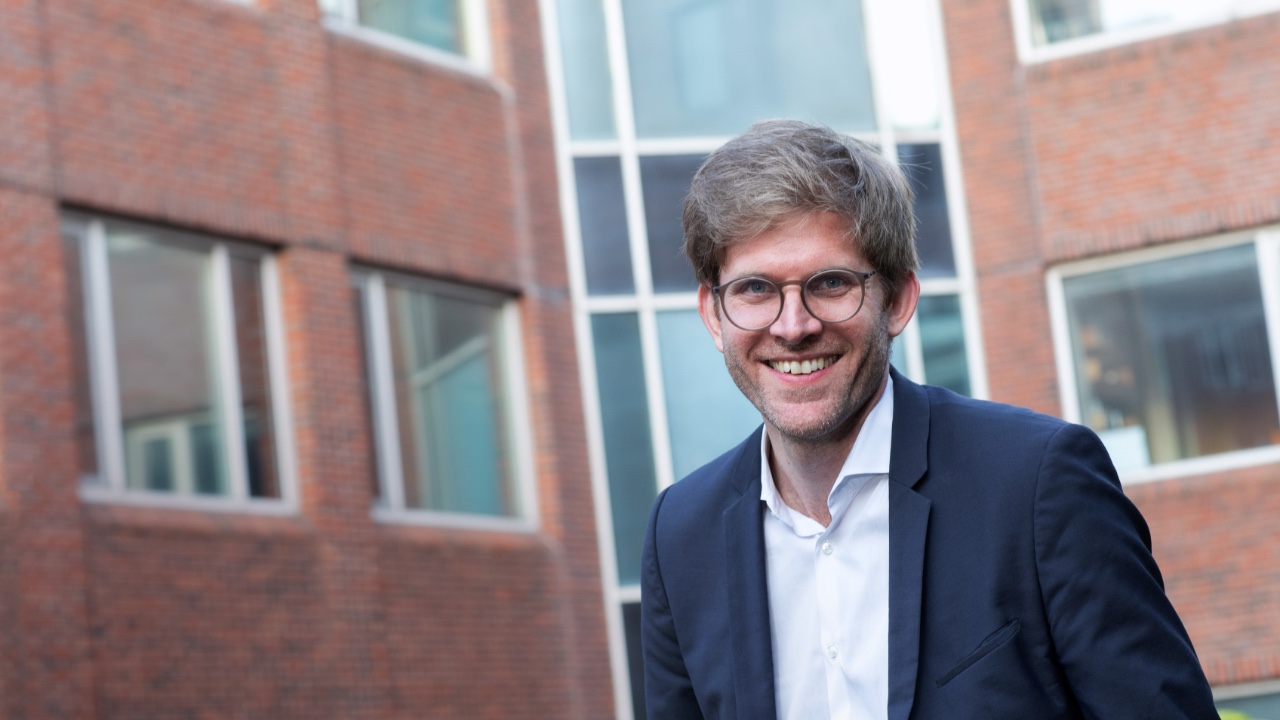 “THE HIGHER UP YOU GO, the more lonely you are,” says Michael Koehler MPA 2014 of the people he meets in his role as an executive coach. Many HKS alumni, in their positions as leaders, encounter the same issue.

The dilemma of executive loneliness is not new, but it is one he hopes to solve through the Adaptive Leadership Alumni network, a shared interest group for HKS alumni that he launched in 2015 with Kirsti Samuels MC/MPA 2012 and Ron Heifetz MC/MPA 1983, King Hussein Bin Talal Senior Lecturer in Public Leadership. Through this network, Koehler is offering a space for alumni who want to develop their skills in adaptive leadership, the influential framework developed and disseminated by Heifetz over the past three decades.

At the Kennedy School, Koehler devoured the principles of adaptive leadership. As a former educator—before coming to the School, he launched charter schools in his native Germany—Koehler was attracted to Heifetz’s teaching methods. “Using the classroom as a lab and making it really relevant and really experiential and working our own cases in small groups—I ate it up!” he says.

After taking Heifetz’s course during his first year—“I’m one of the lucky ones who got to take Ron’s class in the first semester,” he says—Koehler became a teaching assistant for Heifetz and former Adjunct Lecturer Dean Williams. “I began to engage more with people like the alumni who were coming back for the January class, and I began to feel the community. Some of the people I interacted with in my first year went to apply the principles in their organizations, and it can be very overwhelming for a lot of people—they are a bit lonely.”

Koehler loves the idea that leadership is a group activity. “We have this misconception of leadership as a heroic act done by one person,” he says. “The beauty of the adaptive leadership framework is that it’s a team sport. How can leadership generate more ideas, create partnerships, cross boundaries, and build bridges? I think that is why this network is successful. It allows people to develop around the issues they care about, and find folks who care about similar challenges and who are willing to listen to them.”

“We have this misconception of leadership as a heroic act done by one person. The beauty of the adaptive leadership framework is that it’s a team sport.”

In the coming years, Koehler hopes to double the size of the Adaptive Leadership Alumni group from its current membership of 500. One of the highlights of this year’s program is the third annual gathering, to be held in Baltimore, Maryland, October 25–27, 2019.

He feels that gathering alumni for a substantive event helps to spark learning and change. “We need to have events if this network is going to work. We need a space where people can reexperience a little bit of what we experienced at HKS,” he says.

Koehler notes that leadership is not a position but an activity: “Complex challenges—climate change, digitalization, education, for instance—have no quick answers. There are some technical components within these challenges, but what you really need is to mobilize collective problem-solving.”