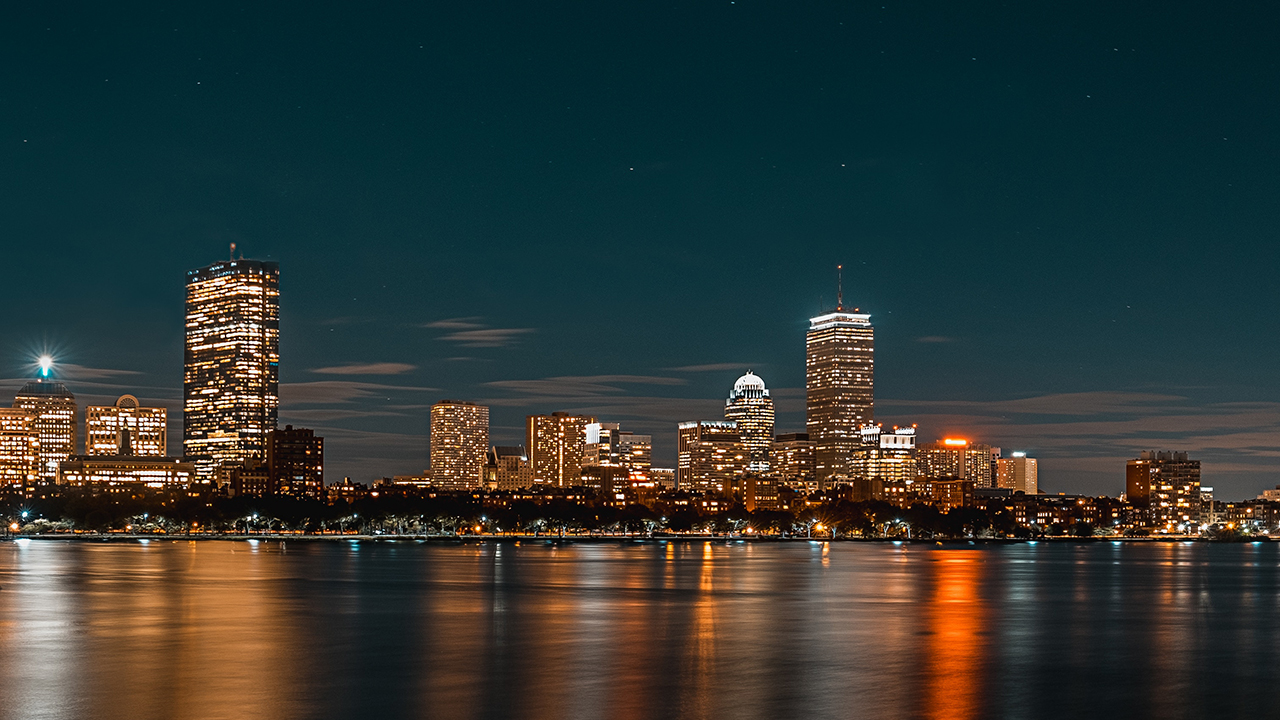 Ways and Means: An indelible impact

Jerry Rappaport MPA 1963 has worked to build Boston and to rebuild confidence in the city.

THE YEAR WAS 1947. Jerry Rappaport was entering Harvard Law School, and in his class were many veterans of World War II. The state of an uncertain world was a pressing concern for both him and his peers.

Rappaport made the astute observation that while many lawmakers started out as lawyers, the law school’s curriculum provided no training in how to create and use policy to have a positive effect on people’s lives. “My worry was that lawyers ended up in public policy positions after receiving legal training in a virtual public policy vacuum,” said Rappaport in an open letter to the Law School in the mid-2000s. “I wanted to try to better integrate policy and law school education.”

At the time, the Law School focused on the nuts and bolts of litigation, and the Kennedy School, which back then was known as the Graduate School of Public Administration, was merely a decade old with just a few dozen students. How could discussions about public policy be woven into the fabric of the University? Rappaport had an idea. With the support of the dean of the Law School Jim Landis, who was his advisor at the time, Rappaport started the Harvard Law School Forum. Under his leadership, the forum drew presenters, including Supreme Court Justice Owen Roberts, to tackle issues ranging from Russian foreign relations to congressional reorganization. The forum became so popular that it was broadcast on radio throughout the Boston area, an anomaly at a time when, as Rappaport puts it, “people weren’t bombarded with public policy in the media like they are today.” In the years following Rappaport’s tenure, Fidel Castro and John F. Kennedy came to speak. This fall, John F. Kennedy’s great nephew, Representative Joseph Kennedy III, spoke about his own efforts to fund civil legal aid for impoverished Americans during an early November session of what is now America’s longest running law school speaker series.

A true lover of local politics, Rappaport dove head first into the historic 1949 Boston mayoral election after graduating from Harvard Law School at age 21. He led the campaign of the reform candidate John Hynes to victory over the legendary machine of James Michael Curley. This was around the time when urban blight and declining industry and retail in the city induced many families to flee to the suburbs. A significant population loss ensued—between 1950 and 1960, Boston’s residents declined by more than 100,000—and people were ready for a change. 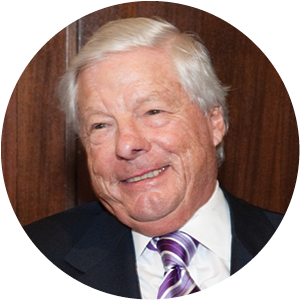 “The challenges were, how do you take the assets of a great city and bring people back to urban areas?"

“The challenges were, how do you take the assets of a great city, which had a great tradition, and bring people back to urban areas? How do you create a more stable government and a more fiscally responsible environment, so people would have confidence in the city?” says Rappaport. To him, these questions were not rhetorical. He was a young lawyer involved in politics and public policy who saw an opportunity to make a large impact.

Rappaport worked to elect leaders who shared his vision; he also represented private clients in a successful attempt to rezone parts of Boston. “It was extraordinarily difficult to conduct development—nothing had been built since the 1930s,” he says. “I helped to lift some of the height limits in the city, including in the Back Bay, which was novel at the time.”  Rappaport also kept up his work to strengthen public institutions and pushed to establish the City of Boston’s planning office, the Greater Boston Area Regional Planning Agency, and WGBH’s public access television station (channel 2).

When the city moved to request proposals to replace the decaying West End, Rappaport spearheaded a response as a developer looking to build the city's first redevelopment project. The project, with the support of the business, labor, and religious communities, became one of the most transformative plans the city had ever undertaken. The 48-acre Charles River Park, which broke ground in 1960, later became contentious because it involved the razing of a neighborhood and concomitant displacement of residents. Despite differing opinions on the rectitude of the project, Rappaport remains proud of this development. “I went back there last spring, and over 50 years later it is still a thriving community of prime residences that are home to over 7,500 residents living in close proximity to the revitalized Boston that followed. The small trees we planted are now large, and you feel a sort of urban peace in the midst of the city.”

Around the time that construction was getting started, Rappaport began reflecting on how he could add to his knowledge. “At this time, I had a lot of experience in applied public policy,” he said. “But I thought it would be good to come back to Harvard to gain some perspective.” He attended Harvard Kennedy School, graduating in 1963 with his master’s of public administration. 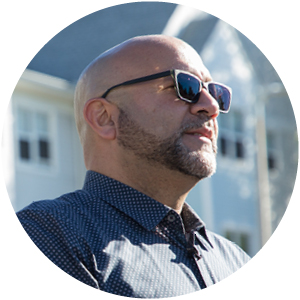 "The fellowship helped me run faster at a point in time when I needed it."

Flash forward two decades. Rappaport had continued to make a name for himself while raising ten children and stepchildren. In the 1980s, he found himself in a position to pay it forward. “I sent a letter to the School—by that time it was the Kennedy School—saying that I wanted to establish a Rappaport Fellowship for an elected official from Greater Boston. I thought the fellowship would not only benefit the region, but, equally significantly, the School. I wanted people to understand that it was extremely important to understand how to create and implement public policy. Shortly after, I expanded the fellowship to include appointed officials. And the Kennedy School picked up and expanded this effort.”

He established the Rappaport Institute for Greater Boston, a University-wide entity housed at the Kennedy School, to improve the governance of Greater Boston by strengthening connections among the region's scholars, students, and civic leaders. The Institute hosts a summer fellowship program, which is open to graduate students from throughout the Boston area, and the Boston Urban Scholars Program, which provides full tuition for mid-career master’s students at HKS. Rappaport’s philanthropy also extends beyond the Harvard campus to Boston College Law School, Massachusetts General Hospital, Brigham and Women's Hospital, McLean Hospital, the deCordova Museum and Sculpture Park, and the Atlantic Classical Orchestra. All told, he and his wife Phyllis, who chairs the family’s foundation, have supported the education of more than 500 current and emerging leaders through partnerships with local academic and artistic institutions.

Jeff Sánchez MC/MPA 2011 is a former Rappaport Urban Scholar and a state legislator from the Mission Hill section of Boston. First elected to the Massachusetts House of Representatives in 2003, he had known many people, including legislators, who had gone through the mid-career master’s program at HKS. “I applied for and got the Rappaport scholarship,” he says. “I’d just been appointed as chair of the public health committee, and I used HKS as my vocational school—I took courses to refine my thinking and enhance the skills I already had in finance and government.” Now the chairman of the state’s powerful House Ways and Means Committee, Sánchez is grateful to the Rappaports for the opportunity to study policy. “The fellowship helped me run faster at a point in time when I needed it.”

Even today, Sánchez remains in touch with the Rappaports. “Imagine, that a man like Jerry Rappaport, who has lived such a full life, has made such a difference not just through his philanthropy but also through his constant engagement of young adults. I’m eternally grateful to him,” he says of the person whom he refers to as an uncle. “Jerry and Phyllis love people, they smile, and they engage with everyone. Jerry has been a part of all the trauma and drama that happened in this city in the 50s, 60s, 70s, 80s—the guy’s no joke. I feel fortunate to have him in my life.”

Jeffrey Liebman, faculty director of the Rappaport Institute, seconds the praise for Rappaport. “What’s truly remarkable is that Jerry Rappaport has contributed to improving the governance of the Greater Boston area in seven decades, ranging from his role in the 1949 campaign, to the impact today, where students who receive Rappaport summer fellowships are 50 percent more likely to go into public service simply from having this one-summer experience.”

Rappaport, who recently celebrated his 90th birthday, is gratified to have had such an impact on the Greater Boston region through his philanthropy to Harvard. “I’m extraordinarily impressed with the partnering that’s going on at Harvard Kennedy School and the Rappaport Institute. I believe the Institute has helped to transform the relationship between Harvard and the City of Boston and the Commonwealth of Massachusetts”—something than anyone in favor of good governance can get behind.