Each year, HKS honors several outstanding alumni and one alumni network for exceptional public service and significant contributions to the Kennedy School and to local, national, and global communities. These awards are typically presented each year at Reunion on campus—but not during the pandemic. We are excited to announce this year’s recipients and hope you will watch this brief video highlighting their achievements. 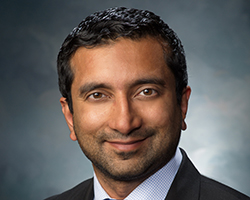 Jay Bhatt MPA 2012 is a geriatrician and doctor of osteopathic medicine, a field that concentrates on treating the whole person, not just symptoms. With a focus on health equity, Bhatt attributes his success to the training he received at HKS as a Zuckerman Fellow and Commonwealth Fund Minority Health Policy Fellow. Bhatt has served several major organizations. He formerly was managing deputy commissioner and chief strategy and innovation officer at the Chicago Department of Public Health in Mayor Rahm Emanuel’s administration, where he helped lead implementation of Healthy Chicago, used predictive analytics to redesign core public health functions such as reducing foodborne illnesses and lead exposure, and strengthened relationships between public health and health care delivery; he also worked as a senior vice president and the chief medical officer of the American Hospital Association (AHA) and as chief health officer at the Illinois Health and Hospital Association. In these positions, he directed large-scale quality, physician, and health equity initiatives including an initiative on Age Friendly Health Systems that was deployed in over 2,000 sites of care across the nation, and elevated the work of the Institute for Diversity and Health Equity, including an equity-of-care initiative for the membership. At the AHA, his leadership of the largest Centers for Medicare and Medicaid Services (CMS) Hospital Improvement and Innovation Network, including nearly 1,700 hospitals in 34 states, contributed to a national effort for better, safer, and smarter care, making significant progress towards the goal of reducing adverse events in hospitals by 20 percent. Studies have estimated that thousands of lives and billions of dollars were saved over the course of the CMS Partnership for Patients program. Working as a senior advisor at the Illinois Department of Public Health, he led a team implementing tools to reduce COVID-19 in long-term care facilities, setting up critical data infrastructure needed to deliver insights and intelligence to public health officials. He has also worked with nonpartisan organizations to register voters including in his health center. Later, he partnered with community organizations to help vaccinate underserved communities throughout the nation via #ThisIsOurShot, providing tools and training to trusted messengers. Last year, he provided input on health policy issues and COVID-19 for the Biden for President campaign, and served as a steering committee member for the National Academy of Medicine on a collaborative to address the opioid epidemic. Today, in addition to his direct work with patients, he is the chief clinical product officer of an Accountable Care Organization and Medicare Advantage health plan (ACOs are groups of clinicians who share financial responsibility and coordinate care for patients on Medicaid and Medicare), where he designs equitable care models for vulnerable populations and older adults; he also is a medical contributor for ABC News, communicating at scale about critical health issues facing the United States. Juan Andrés Mejía MPA 2015 is a Venezuelan politician and engineer who was elected to the Venezuelan National Assembly the same year he graduated from Harvard Kennedy School. As a deputy in this body, he served as commissioner for the National Recovery Plan (“Plan País”), leading a team of experts to propose policies that a new government would follow to obtain humanitarian aid, stabilize the economy, reactivate the oil industry, diversify the national economy, and restore access to public services. In addition to his work in the National Assembly, Mejía founded Puntos Solidarios, a nonprofit that feeds and gives hope to poor children in Caracas. To date, the organization has provided children with more than 100,000 meals and helped strengthen local leadership in poor communities. Before coming to Harvard Kennedy School, Mejía was a leader of the Venezuelan student movement, which advocates for democracy. His activism led him to co-found a new political party in 2009, Voluntad Popular. In 2019, Mejía was forced into hiding when the Supreme Court of Venezuela, controlled by President Nicolás Maduro, threatened to revoke his parliamentary immunity. At great risk to himself and his family, he fled on foot from the country. He continues to advocate for democracy for all Venezuelans from exile. 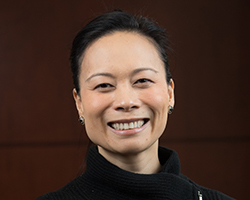 Geraldine Acuña-Sunshine MPP 1996 has been giving back to Harvard since her graduation, including serving as the founding co-chair of the HKS Fund Executive Council, as a member of the Harvard Board of Overseers, and even as a guest lecturer in a molecular and cell biology course at the College. She focuses her volunteerism at HKS on helping students. With the HKS Fund, she leads efforts to raise the resources needed to pay for everything from events to scholarships to student policy journals. She was crucial in establishing the HKS Loyalty Society, which honors donors who give to the HKS Fund in two or more consecutive years; she also works to increase alumni participation in the HKS Fund. Professionally, Acuña-Sunshine has pivoted among the public, private, and nongovernmental sectors. Today, she works with a foundation she started, the Sunshine Care Foundation for Neurological Care and Research, to find a cure for a rare neurodegenerative disease endemic to Filipinos. The foundation, which developed a system to look after patients and also opened two free clinics in rural areas in the Philippines, is seeking a cure with researchers from Massachusetts General Hospital, a Harvard teaching hospital. 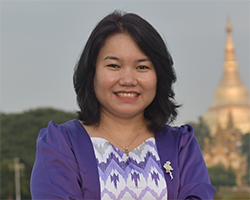 Hla Hla Win MC/MPA 2016 is the CEO of 360ed, a social enterprise she founded in Myanmar in 2017 that has expanded to some Southeast Asian nations. The company educates students and trains teachers using augmented reality and virtual reality. After the coup in Myanmar on February 1, 2021, the military severed internet access—something especially problematic for an educational technology company like 360ed, which constantly creates new digital learning tools. After living for several weeks in hiding for their safety, Win and her family fled the nation. Despite the difficulties, 360ed continues to educate more than 400,000 students during this tumultuous period using its 14 mobile-based learning apps. Many children are not attending school because of violence against teachers and an escalation of the conflict at educational facilities—so 360ed is on its way to scaling its solutions to help millions of students and teachers. Before the coup, the company had reached 100 employees, all leveraging cutting-edge technology to expand education in Myanmar and beyond. 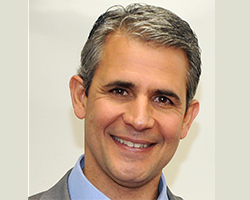 Luiz Felipe d’Avila MC/MPA 2007 has donated to the HKS Fund each and every year since he graduated from Harvard Kennedy School, supporting student scholarships, course materials, student policy journals, student internships, and more. Giving not just unrestricted dollars but time, d’Avila served as co-president of the Harvard Alumni Club of Brazil and president of the HKS chapter, connecting alumni with each other through events around the country. He also frequently attended gatherings of leaders of HKS’s regional alumni networks and Shared Interest Groups. Last February, after eight years as the club’s leader, he stepped down to concentrate on a new venture, VirtùNews, an organization he founded that centers on fact-based analytical journalism. He also founded the Centro de Liderança Pública, taking inspiration from the Kennedy School’s Center for Public Leadership. 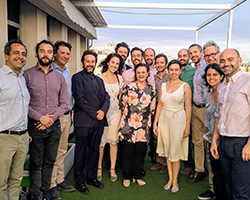 The Harvard Kennedy School Spain Alumni Network has seen tremendous growth and impact over the last few years. Since 2019, attendance at some events has increased by a factor of three as the network has enhanced communications with a regular newsletter and active WhatsApp group. While the pandemic meant that events had to be held online, this allowed many Spanish alumni of HKS easy access to convenings that included more than 10 policy dialogues on topics ranging from COVID-19, economic recovery, energy policy, and poverty and inequality in Spain. The network engages with current HKS students from Spain via the HKS Spain Caucus, and also mentors Spanish citizens who aspire to attend HKS. The network’s passion for policy change and innovation has led to a focus on promoting better public leadership and public policy in Spain and beyond. In its communications, the network highlights the ideas of its members who are having a positive effect on Spanish society from all sectors.

This award recognizes HKS alumni networks that have significantly strengthened the alumni community and advanced the networks’ ties with the School.