Four HKS alumni have been named as Young Global Leaders

The World Economic Forum has selected four HKS alumni as members of its Young Global Leaders Class of 2021, which comprises 112 leaders from business, civil society, health care, and government. These alumni join 36 HKS degree-program alumni who have been named YGLs since the program’s inception in 2004. Founded in 1971 by Klaus Schwab MC/MPA 1967, the World Economic Forum is an international nongovernmental organization that encourages cooperation between the public and private sectors. 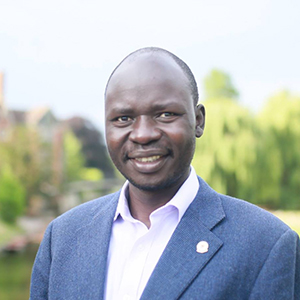 Biar Ajak MPA/ID 2009 is a civil society leader, political dissident, and scholar from South Sudan who advocates for human rights and free and fair elections. In 2018, while he was pursuing his PhD at the University of Cambridge, he was detained and convicted in a politically motivated trial and jailed for 18 months in South Sudan’s notorious Blue House prison. In January 2020, international human rights attorney Jared Genser MPP 1998 HKSEE 2009 secured his release, then that summer, helped Ajak and his family escape from a death squad ordered by the South Sudanese president. Ajak is a Reagan-Fascell Democracy Fellow at the National Endowment for Democracy, an Archbishop Desmond Tutu Fellow, a Millennium Fellow at the Atlantic Council, and a visiting fellow at the Africa Center for Strategic Studies of the National Defense University. He is also the chair of the South Sudan Young Leaders Forum, senior advisor to the London School of Economics-based International Growth Centre, and the Founder of the Juba-based Center for Strategic Analyses and Research. He was previously a senior advisor to the Minister of National Security in the Office of the President of South Sudan and an in-country economist for the World Bank. 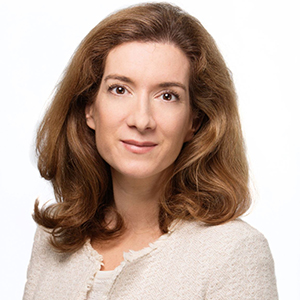 Anne-Laure de Chammard MPP 2009 is group chief strategy and innovation officer for ENGIE Group, a 170,000-employee organization that provides low-carbon energy and services to tackle the climate emergency. She started her career at Boston Consulting Group, then joined the French Ministry of Sustainable Development and Energy, where she led major infrastructure public-private partnership projects. In 2014, de Chammard joined the Bureau Veritas Group as general manager for the French East Region before becoming president and CEO of Bureau Veritas Construction in 2016. She joined ENGIE in 2019 to head the group’s strategy in its zero-carbon transition. She is also passionate about opera, having recorded and sang in concerts. 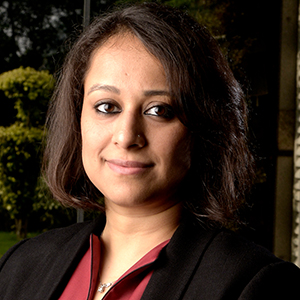 Gazal Kalra MPA 2014 co-founded Rivigo in 2014. The company—a tech-logistics startup in India that aims to make logistics more human, faster, safer, and more efficient—uses “relay trucking” to solve a shortage of truck drivers and to bring jobs to remote areas, helping truckers to spend less time on the road and more with their families. In 2019, Fortune India named Kalra and her co-founder to its “40 Under 40” list. She started her career at McKinsey & Co. and has held positions at the Public Health Foundation of India, the World Bank Group, and the Parliament of India. 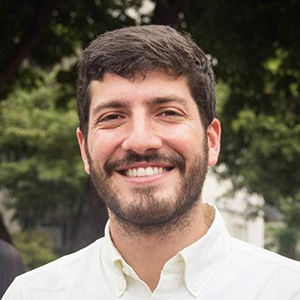 Roberto Patiño MPP 2015 is a Venezuelan social entrepreneur and democracy and human rights activist. He founded two NGOs, including Mi Convive, whose goal is to break the cycle of violence and revenge in Caracas, and Alimenta la Solidaridad, which is helping low-income families feed their children, an effort that started in 2016 as the humanitarian crisis in Venezuela worsened. Patiño, who is an expert in citizen security, negotiation, and conflict resolution, is a board member of Primero Justicia, a political party, and of Bangente, a development bank. He is a former leader of the student movement in Venezuela.