Power to the People: Robert Reynolds MPP 2015 is using behavioral science to encourage voters to head to the polls | Harvard Kennedy School
Skip to main content 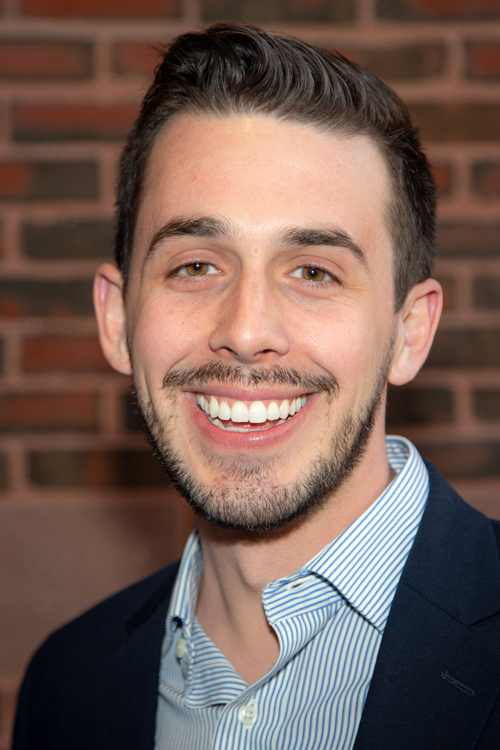 “THE FUTURE OF OUR DEMOCRACY rests in the hands of ordinary Americans,” says Robert Reynolds MPP 2015. This is why he works to increase voter turnout, which in the 2016 U.S. presidential election was just over 60 percent, according to the Pew Research Center.

A native of rural Montana, Reynolds is acutely aware of the divide that exists between the so-called urban elites and much of the rest of the United States. He believes that many of these elites—he calls them the “fancy people”—see everyday Americans as the problem behind our nation’s low voter turnout. Reynolds disagrees. “Ordinary people are the solution,” he says. “The power is in their hands.”

To encourage people to exercise this latent power, Reynolds co-founded Vote Tripling, a nonprofit that relies on behavioral science to encourage voters to head to the polls. It is premised on research showing that people are far more likely to vote if a friend or family member reminds them on election day than a stranger volunteering for a campaign.

Vote tripling works like this: Campaigns identify supporters and ask them to hold three friends accountable to vote. These supporters—“vote triplers”—share their cellphone numbers and the first names of the friends whom they will urge to vote. Before election day, the vote triplers receive a personalized text message reminding them to mobilize those three specific friends to vote.

The feedback from the vote triplers has been positive. “Thanks for making me feel as if I’ve contributed,” says one user. “The incessant requests to canvass … or phone bank … had left me feeling guilty. Now I’m psyched again.”

Reynolds got the idea for Vote Tripling after taking “every behavioral science elective I could while I was at the Kennedy School,” he says. He had become interested in behavioral science during college, which is when he had the opportunity to take part in a weeklong program at the Center for Public Leadership known as the Latino Leadership Initiative. “I never thought Harvard Kennedy School was a place I could go,” he says. “The Latino Leadership Initiative led me to believe it was possible.” The School later offered him the highly selective Gleitsman Leadership Fellowship to fund his attendance in the MPP program.

After the Kennedy School, Reynolds worked at ideas42, a firm in Washington, DC, that uses the power of behavioral science to solve society’s toughest problems. He liked his job and never imagined he would start an organization. But after the 2016 U.S. presidential election, he started thinking about the people in his hometown in Montana, including his younger brother Nicky, and the access they had to many inconsistent voters. “I asked myself, ‘What nudge would spark someone like Nicky to get his friends to vote?’” He used the knowledge he gained at the Kennedy School—especially the work of Professor Todd Rogers—to pilot the idea of vote tripling. He then wrote an article in the September 2017 Kennedy School Review about the insights he gained.

The piece opened doors. “My intention at that point was just to share this idea with people on campaigns,” he says. “It never crossed my mind to quit my job, but a political philanthropist stumbled upon the article on Twitter, reached out to me, and offered seed funding that allowed me to work full time on testing and refining Vote Tripling.”

An example of a 2018 SMS reminder from Vote Tripling

Fundamental to Vote Tripling is a goal no less lofty than to upend today’s typical political campaigns. “We live in a world where many campaign advisors say success is largely rooted in raising money,” says Reynolds. “However, I think another model for a successful campaign is one largely focused on organizing everyday people and prompting them to be pro-voting messengers.”

In the 2018 midterms, Vote Tripling worked with 26 campaigns—all Democratic—to get out the vote. In total, their campaigns enlisted over 18,000 people to serve as vote triplers, and it appears that at least one contest may have been swayed in favor of the candidate supported by vote triplers. The organization is currently analyzing a randomized controlled trial of more than 50,000 voters in Texas, with results due this spring. Meanwhile, Vote Tripling is serving as a Policy Analysis Exercise client for one of Todd Rogers’ MPP students who is conducting a study on the behavioral barriers that inhibit people from getting their friends to vote.

Notably, vote tripling was conceived as an open-source voter turnout method. In other words, anyone can use it and improve on it. “We hope to inspire copycat organizations to figure out even better ways to spark ordinary Americans to get their friends to vote,” says Reynolds. “Our goal is to go out of business by 2020 through developing an evidence-based nudge that gets broadly used across the United States and results in a fairer 2020 election where more people’s voices are heard.”
—