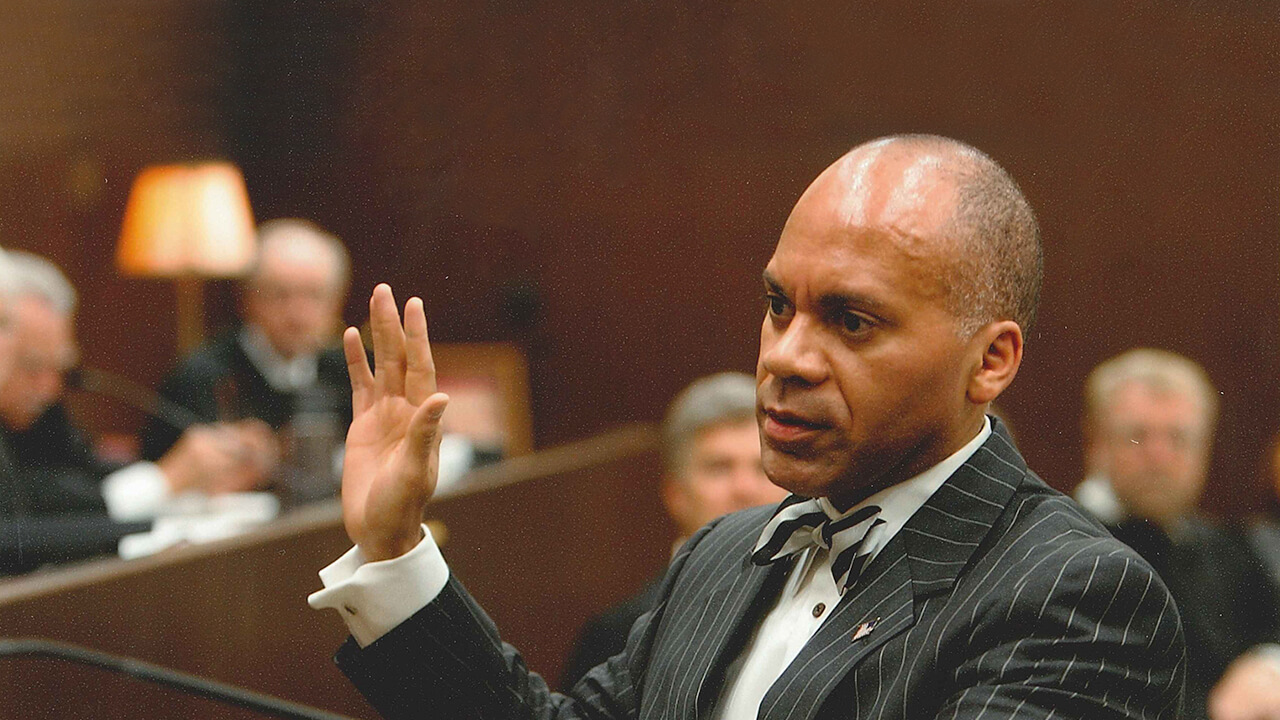 THE JUDICIAL RULINGS in which U.S. Circuit Judge Jerome Holmes MC/MPA 2000 participates establish the law not only for the litigants before the court but for future generations. Holmes is one of just 12 full-time judges on the U.S. Court of Appeals for the 10th Circuit, which decides federal appeals coming from the six Western states of Utah, Colorado, Wyoming, New Mexico, Oklahoma, and Kansas. Nominated in 2006 by President George W. Bush, Holmes is also the first African American to serve on the 10th Circuit.

This concern for future generations is one of the reasons Holmes has given to the HKS Fund every year since graduating from Harvard Kennedy School. “I believe in the Kennedy School’s mission,” says Holmes. “I think it’s important to create an environment that nurtures future leaders who will impact the world.” For his consistent giving over 20 years, Holmes is this year’s recipient of the HKS Fund Outstanding Alumni Award.

Holmes did not always want to be a lawyer (he wasn’t even sure he wanted to practice law until after his first year of  law school at Georgetown University), but he did always want to do something for the public good. As the son of public-sector employees, Holmes says, “I have been animated in terms of career choices most of my life by the desire to be involved in public service.” He clerked for a federal trial judge in the Western District of Oklahoma, and then later clerked for a judge on the very appellate court he would join 15 years later.

“I think it’s important to create an environment that nurtures future leaders who will impact the world.”

Moving between the private and public sectors is a hallmark of his career. Following his clerkships, he joined a large Washington, D.C., law firm, then later relocated back to Oklahoma to serve as an assistant U.S. attorney. “I had what would have been considered a ‘successful career’ as a federal prosecutor, but I knew there’d be another chapter of public service in my life—what I didn’t know was what that chapter would look like,” Holmes says. That’s when he decided to come to HKS. “I thought it would be good to expose myself to a lot of different ideas, to be in a milieu that appreciated public service, and to be able to think ‘big picture’ about leadership and how one achieves public goals.”

The Kennedy School did not disappoint him. “I wanted to stretch myself and to put myself in situations where I was not comfortable. For me, coming to the Kennedy School satisfied my desire to continue to grow and continue to position myself to have an impact. And this is what I find most gratifying about the job I have now—I make decisions that I know matter.”