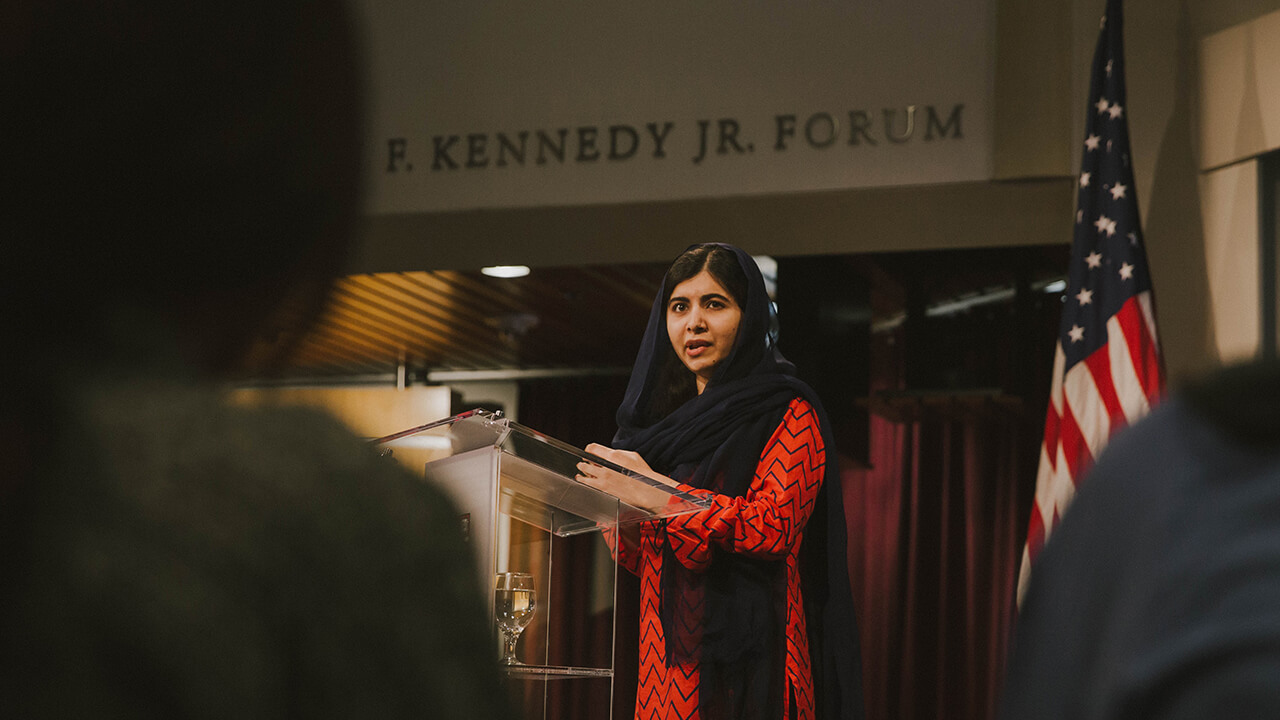 The Most Hopeful People

“WE SHOULD NOT ASSUME that it is these people’s fault that they’re refugees—it’s never their fault,” Malala Yousafzai, the youngest-ever Nobel Peace Prize winner, said at a Forum in December. Yousafzai, who has become an advocate for girls’ education, was at the Kennedy School to receive the Gleitsman Activist Award. But with immigration elbowing its way to the top of the political agenda, Yousafzai added her perspective, both as someone who had to flee her own country after an attempt on her life and as someone who now regularly visits refugee camps as part of her activism. “We should try to understand how we would want other people to welcome us when it happens to us ... I think we need to look at it from the human eye and be more welcoming and consider them as our brothers and sisters,” she said. “Let’s be human and let’s understand that we are all living on this one planet Earth.”

“When we hear about refugees in the news, we hear about them in numbers, we do not really hear the human stories: why they leave their homes, why they are forced to leave their countries,” Yousafzai said. “Sometimes you see so much disappointment and despair and hopelessness in the media and among people who have so much. And then you go to a refugee camp and you feel like they should be the most depressed people in the world because they have nothing—they do not have shelter, they have no electricity, they have no quality education. Then you talk to them and they are the most hopeful people. All the girls I have met in the refugee camps, they are so positive about their future; they believe that one day they will be able to go back to their country. They have—all of them—have dreams.”

“Each of us is most powerful when we are our authentic selves. If we try to be other than who we are, we are less powerful.”

“Pushing for human rights is not an obstacle to be avoided or a distraction from our core interests.”

Samantha Power, Anna Lindh Professor of the Practice of Global Leadership and Public Policy, at a Forum on human rights in December.

“Do you want to be a chaplain to the regime or a prophet to the resistance?”

Rabbi Jonah Pesner, director of the Religious Action Center of Reform Judaism, at a Forum in January on faith and activism.

“We have to figure out a way to tell every woman—white, brown, black, young, old—that they have a place in the Republican Party.”

Beth Myers, former campaign manager for Mitt Romney, at a Forum in November on the midterm elections.