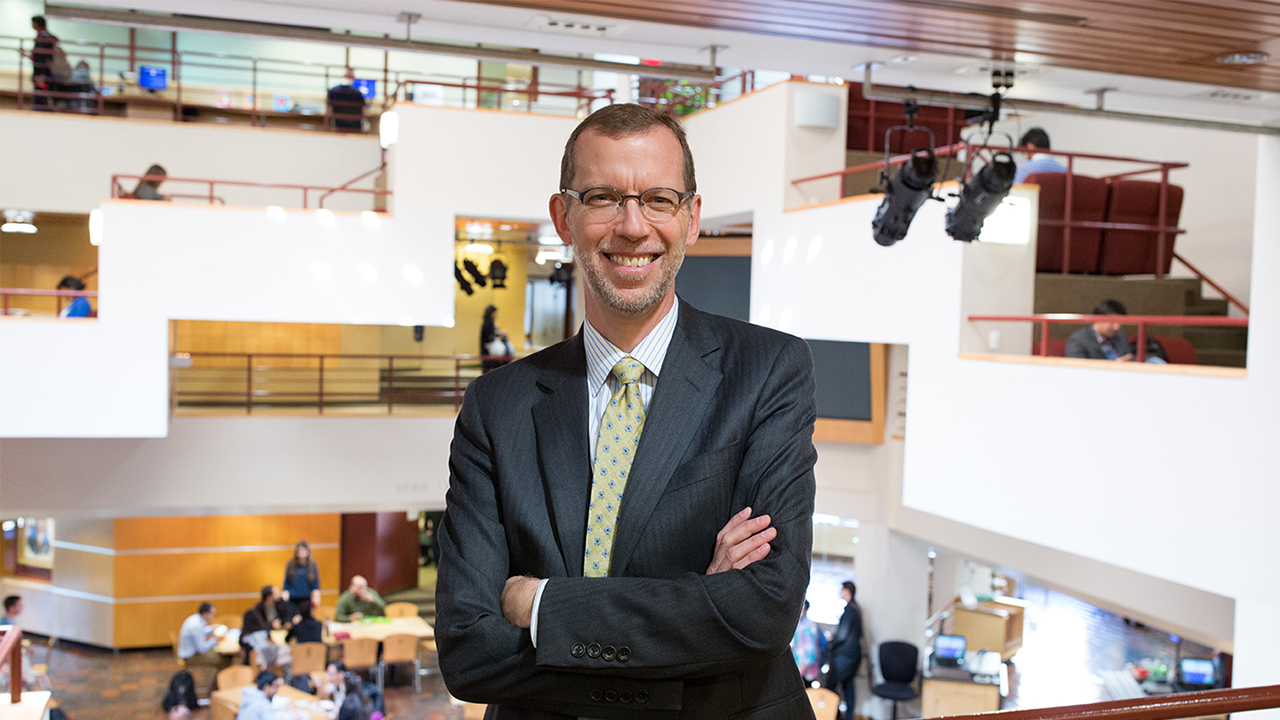 Message from the Dean

AFTER MANY YEARS of working for the U.S. national government and living in Washington, I am now watching the government function (or not) from a little distance here in Cambridge. As I observe developments and talk with my friends who are serving in the government now, I am quite concerned about the undermining of longstanding public norms and civic institutions—from the role of the press to the rule of law—and about the ineffectiveness of elected officials in addressing the country’s problems. Moreover, these challenges to good governance are not unique to the United States.

Yet, I remain very optimistic about the ability of governance to improve people’s lives, in the United States and around the world. That optimism is reinforced by the wonderful and important work I see from the students, alumni, and faculty of Harvard Kennedy School—some of which we highlight in this magazine.

Our cover story in this issue features Frank Pearl MC/MPA 2011, whose life offers a wonderful example of the power of public service. Frank worked with Colombian President Juan Manuel Santos MC/MPA 1981 to achieve peace in their country after 50 years of civil war—efforts for which President Santos received the Nobel Peace Prize last December. Frank even shuttled back and forth (in secret) during his studies at the Kennedy School, applying lessons learned here in real time. His story shows how much good governance can mean to people.

This issue also reports on Martha McSally MPP 1990, a retired Air Force colonel and the first female pilot to fly in combat for the United States. Martha entered the political arena as she came to realize how much good can be accomplished by public-spirited leaders. Sworn into the House of Representatives in 2015 from Arizona’s 8th district, Martha has already made a difference, generating increased support for veterans and border communities and a restoration of the rights of female World War II pilots to be buried in Arlington National Cemetery.

You will also hear in the following pages from a few of our faculty members—some recently returned from Washington and others who served in Washington in earlier time—about the importance of government service and how their own service has informed their academic pursuits. These faculty members exemplify the Kennedy School’s 81 years (and counting) of commitment to improving government even while we have broadened our scope to include contributions to the public good from other sectors.

Yet, I remain very optimistic about the ability of governance to improve people’s lives, in the United States and around the world.

In the next issue, we will share with you the grand opening of our transformed campus. The new buildings are nearly finished, and they will greatly strengthen our ability to accomplish our mission, with state-of-the-art classrooms, new convening space, a new dining area, and additional offices and meeting spaces. We will have the room we need to more effectively carry out the work that is so important to the world and that we care so deeply about. We will also say more in the next issue about our recent discussions focusing on the values of HKS and about new initiatives at the school, including those to strengthen democracy, increase economic opportunity, and improve public administration.

We encourage you to visit us soon at our new campus, or, virtually, on our revamped website, and to share the excitement as the Kennedy School moves ahead in making the world a better place. All of us here at the school are grateful for your ongoing interest in our mission.