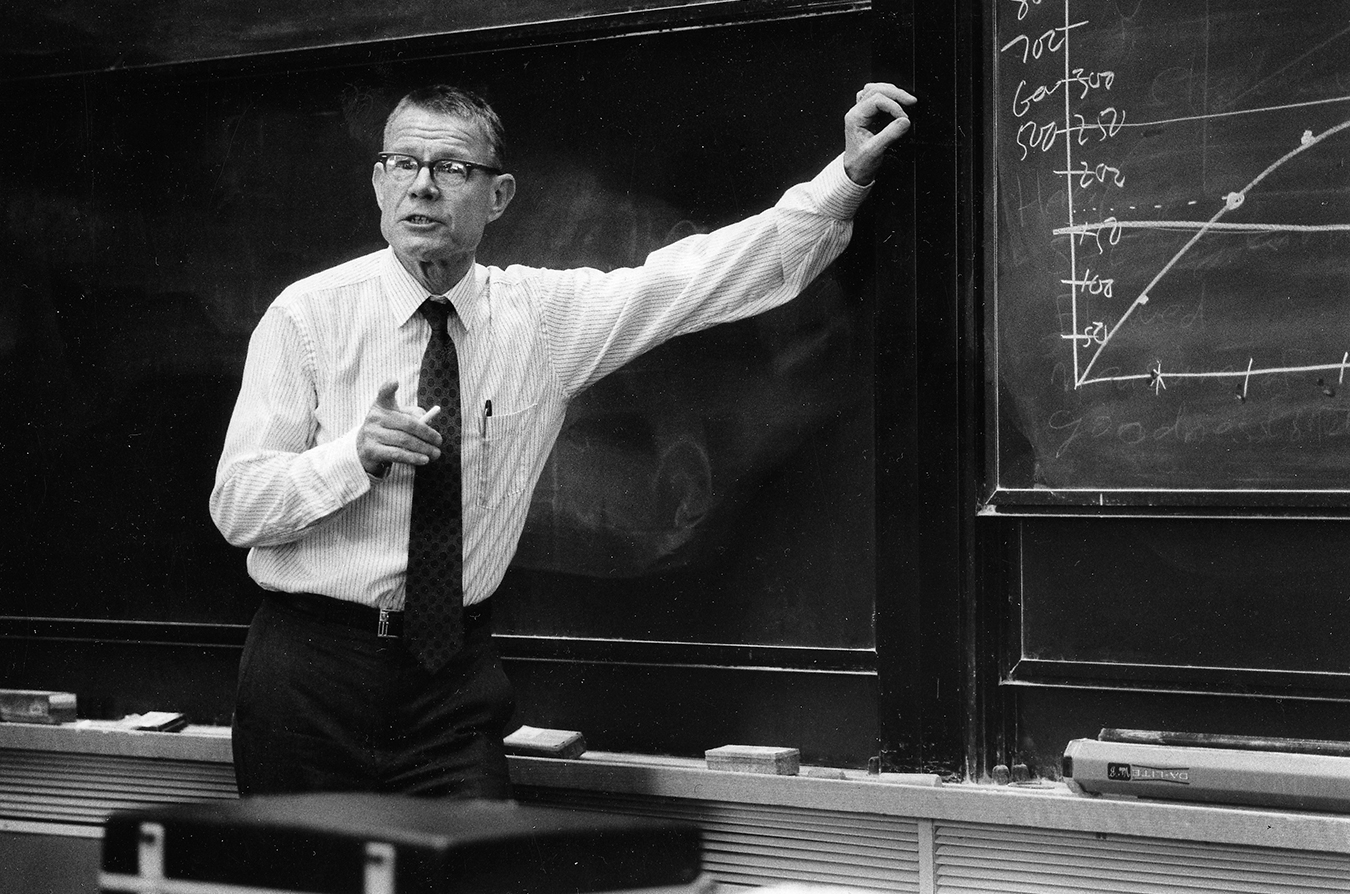 TOM SCHELLING, whose pioneering work in game theory and in understanding the “subtle tension . . . between conflict and cooperation” helped steady the Cold War’s nervous nuclear standoff, passed away on December 13. He was 95.

Schelling, a 2005 Nobel Prize winner in economics, was an advisor to presidents and an intellectual force whose ideas were routinely applied by policymakers working on issues as disparate as nuclear strategy, climate change, and addictive behavior. He was also a towering figure in the history of the Kennedy School, instrumental in its founding and in its subsequent growth and success.

Schelling’s friends and colleagues remembered a man who seemed always to find the clearest and most original approaches to the problems of public policy.

“He was a wizard at going from the everyday to the profound,” said Richard Zeckhauser, Frank Plumpton Ramsey Professor of Political Economy and one of the many influential economists who saw Schelling as a mentor.

“Tom was the most lucid, most incisive, most insightful mind among the stellar band of founding fathers of Harvard’s Kennedy School,” said former Kennedy School dean Graham Allison, Douglas Dillon Professor of Government and director of the Belfer Center for Science and International Affairs.

“Tom Schelling was a guiding intellectual force in the world and at the Kennedy School,” said Dean Douglas Elmendorf, who like many, remembers the influence Schelling’s work had on him as a student.

Schelling fell into economics, he said, because the economics papers he read shared his way of looking at social problems as puzzles. He went to Harvard for his PhD in 1946, leaving after finishing his course work to serve on the Marshall Plan in Europe and then at the Truman White House, writing his dissertation in his spare time. After a stint at Yale, he joined the Harvard faculty in 1958 and focused increasingly on strategic thinking.

While working on the problems of a surprise nuclear attack, Schelling once recalled, “I was doing it substantially as an intellectual puzzle. But as I worked through it, I realized it was a genuine, live problem.” The great economist Paul Samuelson wrote, “Once the vital game of survival in the nuclear age challenged Schelling’s attention, mere economics could no longer contain him.”

Schelling’s 1960 masterpiece, The Strategy of Conflict, focused, broadly speaking, on how parties that are ostensibly opposed can find ways to cooperate. It was enormously influential, although perhaps its most immediate and important application was in stabilizing the superpowers’ shaky balance of power.