CAMBRIDGE, MA—Five Harvard Kennedy School (HKS) graduates will be honored during 2019 Reunion Weekend for their exceptional public service and significant contributions to the HKS community, the United States and to the world. The school’s Alumni Board of Directors will present the awards at a ceremony on campus May 18.

The HKS Fund’s Executive Council will also present Jessica Feldman MC/MPA 1989 with the HKS Fund Outstanding Alumni Award for her consistent support of the Kennedy School for nearly three decades. 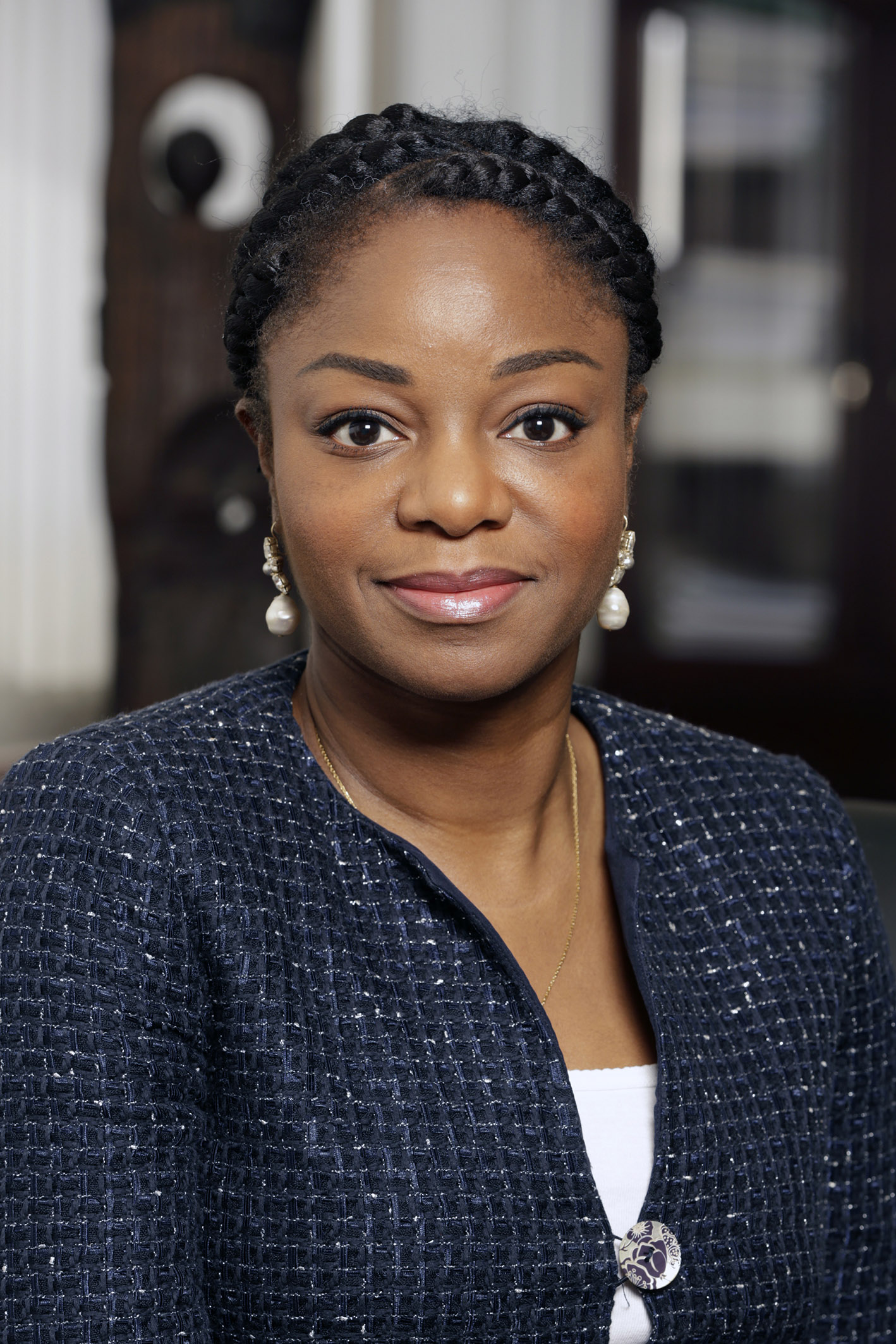 Cina Lawson MPP 2001 is the minister of posts, digital economy, and technological innovation for the Togolese Republic, a West African nation that is home to almost eight million people. In this role, she contributes to Togo’s development by implementing programs that leverage technology and digital innovation to achieve social good. For example, she created the “Wifi Campus” project to bring high-speed internet and fiber optic connectivity to Togo’s public universities, which is not the norm for institutions in West Africa. In addition, she has worked to make financial services accessible to citizens who have historically been difficult to serve. Notable disparities in financial access, particularly in rural areas of Togo, have been reduced through her efforts to increase electronic payments, which have tripled over the last three years. Initiatives such as “Eco CCP,” a free mobile, interest-bearing savings account that can be opened simply by dialing a number on a mobile phone, is the first product of this kind in the West African Economic and Monetary Union. The platform, which launched in May of 2018, has grown its user base to 100,000 in less than a year. 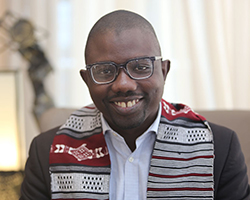 Kader “Kad” Kaneye MC/MPA 2017 hails from Niger, a Francophone nation in the Sahel region of West Africa. He is the co-founder and co-president, with Meredith Segal MC/MPA 2017, of African Development University (A.D.U.), a college in Niger’s capital city of Niamey that opened its doors in October 2017 just months after Kaneye graduated from Harvard Kennedy School. Existing institutions in Niger did not provide a sufficient pipeline of qualified graduates forNigerien  employers, so Kaneye decided to open a new university to advance the region’s economic and social development. Today, A.D.U. offers undergraduate programs, specialized master’s degrees, an MBA program, professional English courses, and executive programs to more than 250 students. A.D.U. plans to grow to 1,000 students by 2025.

After graduating, Michael Koehler MPA 2014 immediately became an active leader in the Kennedy School’s alumni community as a member of the board of the HKS Washington, D.C. Alumni Network, where he planned events to connect alumni with each other. In 2015, he co-founded, with Professor Ron Heifetz MC/MPA 1983 and Kirsti Samuels MC/MPA 2012, a shared interest group, the Adaptive Leadership Network (ALN), to facilitate exchanges and learning among Kennedy School alumni who have been trained in adaptive leadership. With the ALN, Koehler planned regular conferences, workshops, and online offerings for alumni to reconnect and advance their skills in adaptive leadership. The first ALN conference, held in 2015, brought together almost 200 HKS alumni from more than 30 countries.

Lauren Sager Weinstein MPP 2002 is the first-ever chief data officer of Transport for London (TfL), which counts itself among the largest and perhaps most innovative metropolitan transportation systems in the world. Sager Weinstein  started at TfL shortly after graduating from Harvard Kennedy School, crafting TfL’s first integrated business plan and investment program. During her career at TfL, she has worked to develop London’s successful Oyster Card system, launched contactless payment onto the Tube, and prepared for the influx of visitors during the London 2012 Olympics. In Sager Weinstein’s data-focused roles, she has helped transform digital technology at TfL from an essentially tactical function to a more dynamic and strategic function. Her work, which supports the delivery of many investments, will be pivotal in the push to make 80 percent of London's metro-area journeys achieved by public, bike, or foot transit over the next couple of decades.

Over the past few years, the HKS New York Alumni Network has made significant strides to strengthen the connections among the thousands of alumni in the New York City area. Several years ago, the New York Alumni Network’s board began to offer more robust services for alumni, including a website to support the network’s events; upgrading the broadcast email platform and expanding the mailing list to nearly 2,000 members; growing its social media presence, particularly on LinkedIn; and holding diverse and substantive events more frequently and often led by New York area alumni. This work has led to many sold-out and wait listed events, which is significant in a city like New York where many events compete for attention. Events include intimate conversations with alumni in positions of leadership in New York, talks and panels on international and domestic policies, public service activities, informal social gatherings, family-friendly social gatherings (such as an end-of-summer picnic), debate and election night watch parties, and co-hosted events with other high-profile groups, including the Foreign Press Association. In addition, alumni from throughout the network have consistently supported efforts to benefit current and future HKS students, by, for instance, serving as speakers on yearly career panels, attending the annual Alumni-Student Networking Reception and New Admit Nights, participating in the annual Alumni-Student Career Shadowing Initiative, and fielding individual requests for guidance and help.

This award recognizes regional networks that have significantly strengthened the region’s alumni community and advanced the networks’ ties with the School. 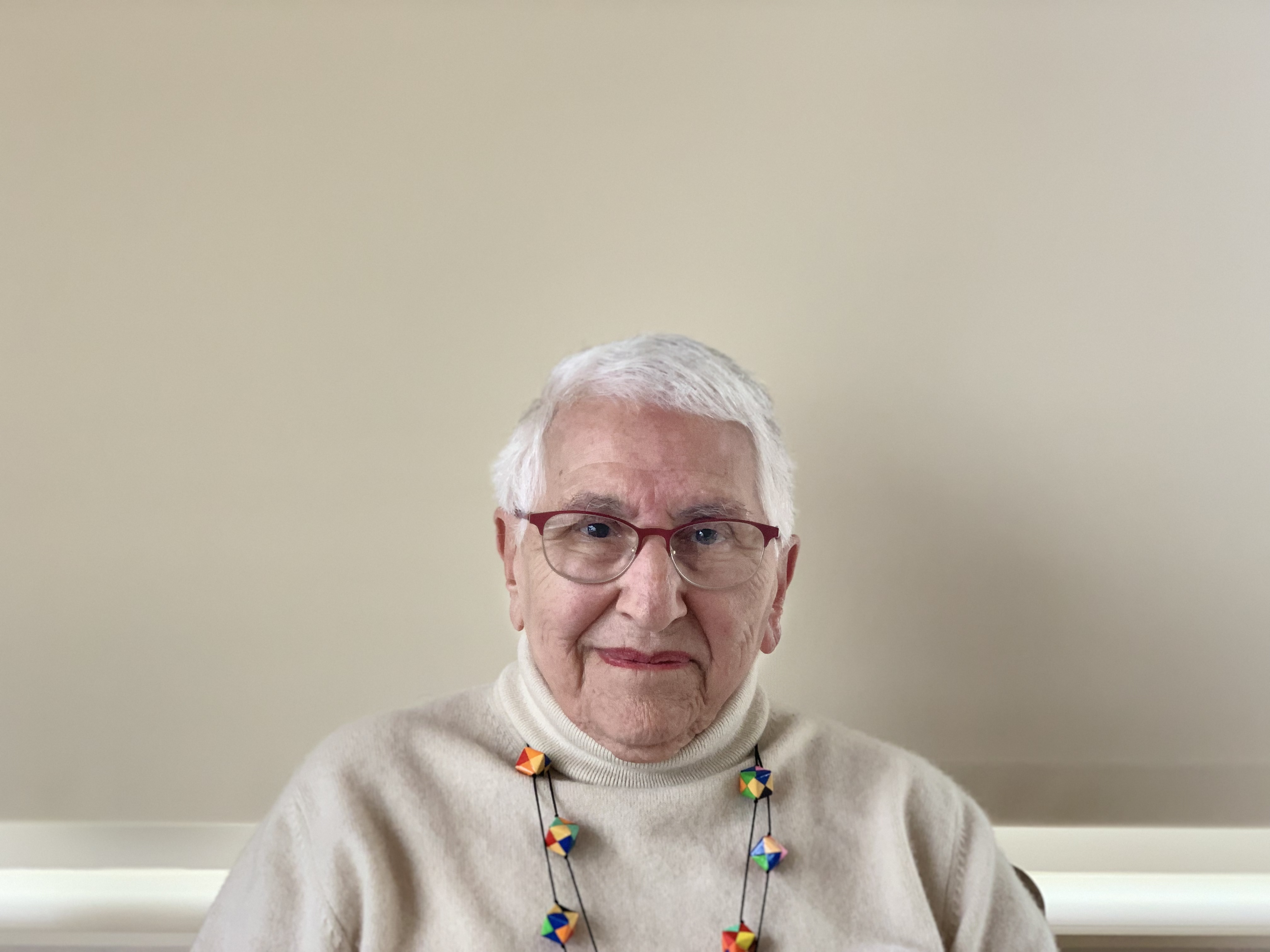 Jessica Feldman MC/MPA 1989 has given to the HKS Fund for 29 consecutive years, and is currently a member of the HKS Fund’s Loyalty Society, a group that recognizes donors who give in consecutive years. After her graduation from the Kennedy School, Feldman worked at the Department of the Environment for the City of Chicago. She soon became the director of the department and went on to serve the city government for 13 years. She is now retired from her most recent position as managing deputy for the City of Chicago’s Department of Environment. Feldman specializes in improving database and information integrity. Since her retirement, she has been volunteering with several nonprofit organizations; she has a special passion for working with organizations that provide care for elders. Her volunteer work also includes a stint with the Obama campaign in 2011, when she managed databases that were used for almost all of the campaign’s mailings.

Harvard Kennedy School aims to improve public policy and public leadership in the United States and around the world through research, teaching, and direct engagement with policymakers and public leaders. Roughly 20,000 alumni of the School’s degree programs and 50,000 people who have taken executive education courses at the School work in nearly every country. In addition, faculty, staff, and students of the School are currently undertaking projects to advance knowledge and strengthen public policy and leadership in dozens of countries. Around the world, the skills and energy of the Harvard Kennedy School community are dedicated to helping make people’s lives safer, freer, and more prosperous.

The Harvard Kennedy School Alumni Board comprises 22 elected members who represent the interests of the global HKS community. These volunteers advise the Office of Alumni Relations on programs and planning to improve connectivity within the alumni networks, enrich the alumni experience, and support the School and its students.

The Harvard Kennedy School Fund Executive Council fosters alumni engagement and cultivates a culture of giving to the Kennedy School. Members lead efforts to develop a comprehensive volunteer fundraising program while working to increase alumni participation in the HKS Fund.