Each year, the HKS Alumni Board honors several outstanding alumni for their exceptional public service and significant contributions to the Kennedy School and to local, national, and global communities. These awards are typically presented each year at Reunion on campus—but not in 2020. Even though in-person activities are cancelled due to the coronavirus, we are excited to announce this year’s recipients, and hope you will watch this brief video highlighting their achievements.

In addition, the Alumni Network Engagement Award was received by the Women in Defense, Diplomacy, and Development (W3D) Shared Interest Group for strengthening ties among women working in these sectors.

The HKS Fund’s Executive Council bestowed its HKS Fund Outstanding Alumni Award on The Honorable Jerome A. Holmes MC/MPA 2000 for his consistent support of the Kennedy School over many years. 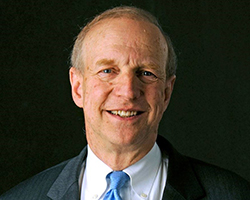 J. Mark Iwry MPP/JD 1976 is one of the nation’s foremost thought leaders and policymakers regarding retirement security, pensions, saving, and employee benefits. He served as senior advisor to the Secretary of the Treasury for national retirement and health care policy during the Obama administration, where he also played a key role in implementing the Affordable Care Act. Currently a nonresident senior fellow at the Brookings Institution and a visiting scholar at the Wharton School, Iwry formulated and directed, starting in 1998, the government’s strategy to help millions of lower-wage and minority workers save by defining, approving, and promoting automatic (opt-out) enrollment in 401(k) plans. He later co-authored the automatic IRA legislative proposal to pursue universal coverage in retirement saving by auto-enrolling most of the 55 million uncovered U.S. workers, and played a leading role in originating and advancing over the past two decades the nationwide initiative to implement automatic IRA programs in various states. Iwry is a principal architect of the saver’s tax credit (used annually by 8 million taxpayers), the SIMPLE-IRA plan (covering over 3 million working families), tax-refund saving, the "startup" tax credit to encourage small businesses to adopt retirement plans, automatic rollovers, the “QLAC” longevity annuity, and the “myRA,” and has been instrumental in leading the development of other reforms and initiatives to expand saving, promote lifetime income, and improve our nation’s private health care and pension systems. He served as partner in the law firm of Covington & Burling, of counsel to Sullivan & Cromwell, research professor at Georgetown University, and Treasury’s Benefits tax counsel. Iwry has been called on to provide policy advice to numerous members of Congress (including Democrats and Republicans) and presidential campaigns, and has been recognized in the media as one of 20 individuals expected to have a major influence on the financial services industry and as one of the world's "30 top financial players." In a 2010 profile, The Wall Street Journal called him “a uniquely powerful Washington wonk,” noting that “[p]eople on both sides of the political divide cite Iwry’s ability to get opposing parties to find common ground.” 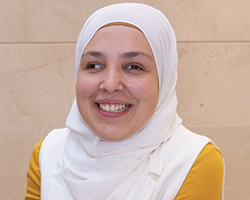 Sara Minkara MPP 2014 is the founder and CEO of Empowerment Through Integration (ETI), an international nonprofit that focuses on disrupting the narrative surrounding disability. Minkara, who lost her sight at age seven, grew up in Massachusetts with strong connections to her family’s home nation of Lebanon, where she saw how society marginalizes and undervalues children with disabilities—but also where she saw that the gift of empowerment could elevate marginalized voices and promote authentic respect for each person’s value. ETI is committed to disrupting the narrative around disability by empowering young people with disabilities and accelerating authentic inclusion globally. It accomplishes this mission through two branches of programming: 1) Direct Service Empowerment Programs, for youth with disabilities internationally in Lebanon and developing countries; and 2) Authentic Inclusion Programs, which include “In The Dark” workshops that have seen thousands of participants from the corporate, academic, government, and nonprofit settings. Each session is customized by ETI to meet each client’s unique diversity and inclusion challenges and opportunities. ETI’s core belief is that inclusion of all is a value for all; its programs ensure that each and every stakeholder in society truly believes this. 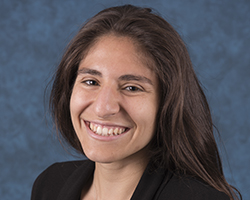 Theodora Skeadas MPP 2016 chairs or co-chairs three different HKS alumni groups: 1) the HKS New England Alumni Association (HKSNEAA); 2) the HKS Women’s Network (HKSWN); and 3) the Women in Defense, Diplomacy, and Development (W3D). In her role as president of HKSNEAA, she helped to organize more than 30 events with diverse programming, such as events on the economic and refugee-related challenges facing Greece, the role of religion in world politics, and blockchain technology for New England-based alumni. As president of W3D, a Harvard-wide Shared Interest Group, Skeadas quadrupled membership, organized a network-wide mentoring program, supported the launch of an on-campus student W3D group, fostered partnerships, created monthly newsletters, grew the Board of Directors, and transformed the organizational model into one with robust and geographically dispersed chapters. And as co-chair of HKSWN, she launched a network-wide mentoring program and created the City Ambassador program, which has grown to 50 cities with 75 alumnae ambassadors who manage and grow their local communities of HKS alumnae. To date, city ambassadors have held over 85 events in over 20 cities globally reaching 8,000 alumnae. Through her leadership, the connections alumni make with one another and with the School have been strengthened in incalculable ways. 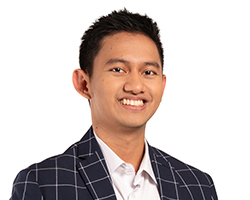 Adamas Belva Syah Devara MPA 2016 started Ruangguru.com during his time at Harvard Kennedy School. Since its founding, Ruangguru, which means “teacher’s room” in Indonesian, has grown to become the largest educational technology enterprise in Southeast Asia, operating in Indonesia, Vietnam, and Thailand and employing 4,000 people across the region. Ruangguru connects 15 million K–12 students with 300,000 teachers, allowing students to obtain high-quality tutoring on web and mobile platforms that make it easy to interact with others. In addition, Ruangguru has expanded to provide professional courses and corporate training to adults. The affordable subscription cost dovetails with wider adoption of smartphones and internet connections to distribute high-quality education, especially in rural areas. Ruangguru, which has received several rounds of venture funding, comprehensively tracks the learning behaviors and quiz results of its students; it is leveraging this data using artificial intelligence to recommend the most optimal path to complete mastery for every student, taking into account population-level data and probabilistic estimates of each student’s mastery of every topic. Devara, who has a social media presence with more than 350,000 followers, was selected by the president of Indonesia to serve as a special advisor. In this capacity, he helps ministries become more innovative and relevant in today’s digital world. 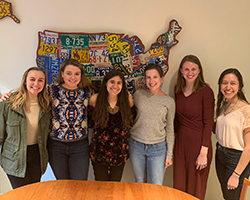 Harvard Women in Defense, Diplomacy, and Development (W3D) is a University-wide network dedicated to connecting and cultivating global leaders who work together toward sustainable peace. Over the past year, W3D has 1) quadrupled membership to 2,000-plus members across 72 countries, 2) started a network-wide mentoring program, 3) helped launch an on-campus W3D for students, 4) created a monthly newsletter, 5) transformed its organizational model into one with geographically dispersed chapters, 6) added a diversity and inclusion chair, and 7) detailed more specifically outlined board roles and responsibilities. It holds many annual events, including sessions with the Office of Admissions, plus gatherings that align with its mission of connecting women in defense, diplomacy, and development. Founded in 2013 by three Harvard Kennedy School alumnae, W3D builds trust and collaboration among the defense, diplomacy, and development sectors to create holistic solutions. W3D is based on the knowledge that trusted relationships and inclusive groups are the key to real collaboration and positive change. As such, it taps the underutilized power of women as influential global leaders for sustainable peace through gender equity.

This award recognizes regional networks that have significantly strengthened the region’s alumni community and advanced the networks’ ties with the School. 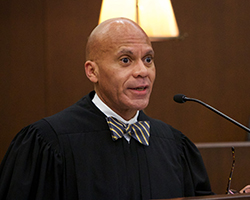 The Honorable Jerome A. Holmes MC/MPA 2000 is one of just 12 full-time judges on the U.S. Court of Appeals for the 10th Circuit, a court with jurisdiction over federal appeals from six states, including Colorado and Oklahoma.  Nominated by President George W. Bush and confirmed by the U.S. Senate in 2006, Holmes is the first African-American to serve on the Tenth Circuit.  The judicial rulings in which Holmes participates establish the law not only for the litigants before the court but for future generations.  His concern for future generations—in particular, his desire to ensure that those who aspire to government service or other public service are equipped with the best tools to confront the many varied challenges that affect the welfare of future generations—is an important reason why Holmes has given to the HKS Fund consistently ever since he received his mid-career MPA in 2000. On graduating from Georgetown University Law Center, Holmes served as a judicial law clerk for two federal judges, first a trial judge sitting in the Western District of Oklahoma, and then an appellate judge on the very court that he would join 15 years later.  Moving between the private and public sectors is a hallmark of his career. Following his clerkships, he joined a large Washington, DC, law firm, then later relocated back to Oklahoma where he served for over five years as an assistant U.S. attorney for the Western District of Oklahoma before attending Harvard Kennedy School.  Because of his consistent support of the HKS Fund each and every year since he graduated in 2000, he is being honored with the 2020 HKS Fund Outstanding Alumni Award.