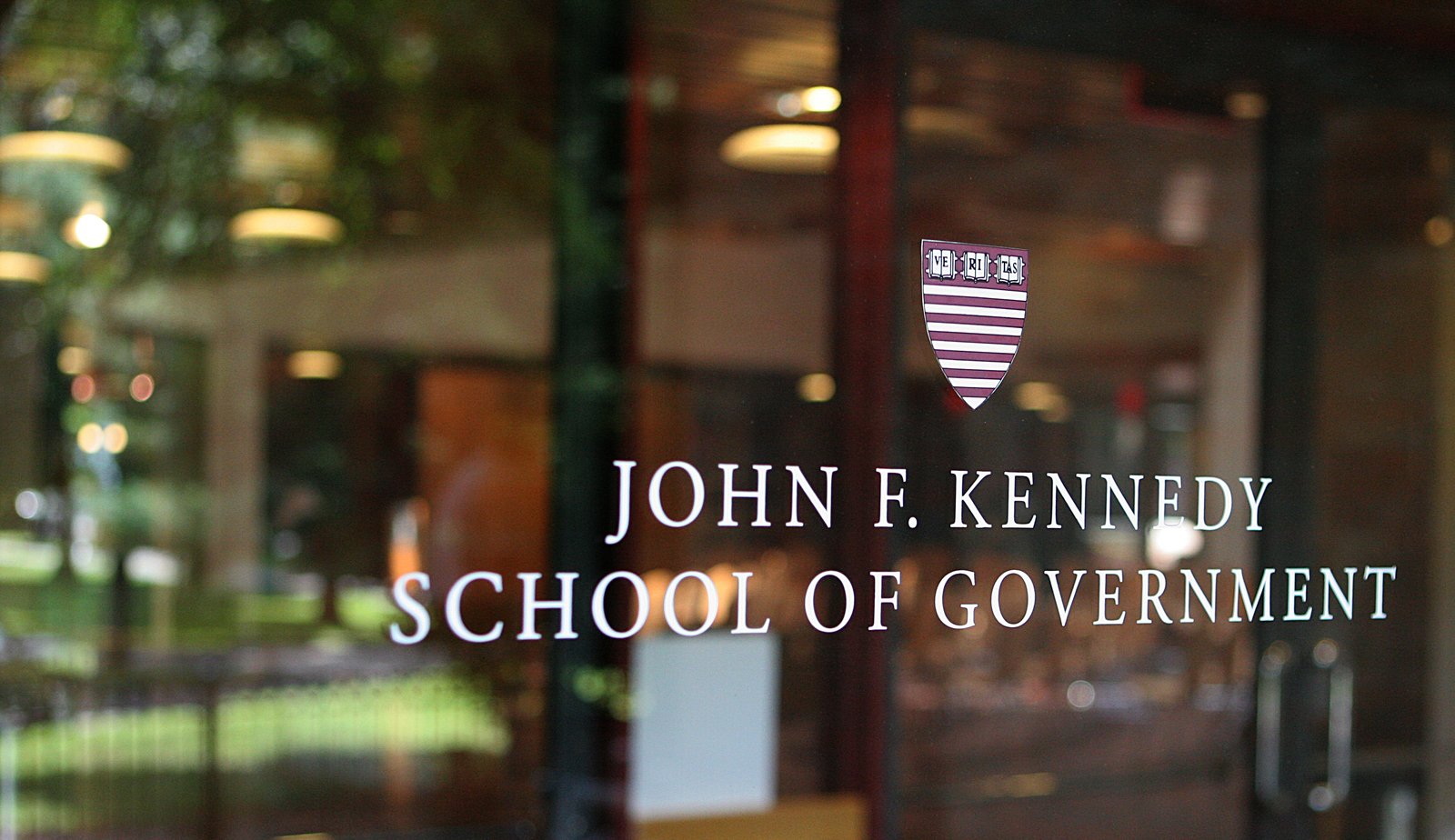 Joint CID/Malcolm Wiener Center Prize for Completed Research on Inequality
February 2021
We are pleased to announce the availability of several financial awards recognizing exceptional original research by Harvard undergraduate,  Master’s, and PhD students on issues of inequality, both domestically and abroad.

Joint CID/Malcolm Wiener Center Call for Proposals: Awards for Students Working on Inequality Research
October 2020
We are pleased to announce a new funding opportunity for Harvard undergraduate and Master’s students pursuing original research on issues regarding inequality, both domestically and abroad. .

Melissa Dell Wins 2020 Clark Medal
April  28, 2020
CID Faculty Melissa Dell received the prestigious John Bates Clark Medal. The prize is awarded annually to an American economist under the age of 40 for making significant contributions to thought and knowledge in the field.

Smart Containment with Active Learning: A Proposal for a Data-Responsive and Graded Response to COVID-19
April  16, 2020
CID Director Asim I. Khwaja coauthors a multidisciplinary proposal with a team of experts, experienced researchers and practitioners to respond to COVID-19. Elements of the proposal are being tested in various places – including Pakistan.

Will COVID-19 Remake the World
April 6, 2020, Project Syndicate
In an op-ed for Project Syndicate, CID Core Faculty Dani Rodrik emphasizes that crises such as the COVID-19 pandemics engender confirmation bias. He argues that current political, economic, and social beliefs are only going to be placed in sharper relief after the crisis.

Public Leadership Through Crisis Blog Series
April 2020
In a series of blog posts, Building State Capability Faculty Director Matt Andrews shares ideas for leaders questioning how they can help and what kind of leadership is required in crises.

Q&A with Development Economist Rema Hanna
March 25th, 2020
In light of the global COVID-19 outbreak, EPoD Faculty Director Rema Hanna provides her expertise as a development economist to answer questions on the economic impacts of a pandemic, like the novel coronavirus, and the resulting effects for developing countries.

How Coworkers Impact the Value of Your Skills
December 19, 2019
Research at CID's Growth Lab finds that the skills of coworkers may matter as much as a worker’s own skills when it comes to earning high wages.

China Risks, Unlike Mexico Tariffs, Aren’t Vanishing
Bloomberg - June 11, 2019
John Authers opines on the release of the Growth Lab's 2027 Growth Projections, with a particular focus on Uganda and Egypt.

Help Yourself: Development economists look to better governance to improve the lives of the world’s poorest people
HKS Magazine - Spring 2019 Issue
In this HKS Magazine profile, learn how researchers at Evidence for Policy Design and Building State Capability are engaging with national, state, and local officials and helping build capacity to deliver basic services.

Indonesia and the Quest for 7% Growth: Overpromise or Underperformance?
Atlas of Economic Complexity - April 2019
The Growth Lab's Tim Cheston examines Indonesia's short and long term growth policies, the stagnant manufacturing industry, along with a shrinking fiscal window with which to stimulate growth.

Targeting the Poor
Finance & Development - December 2018
Rema Hanna, et al, examine the forms of social protection developing countries are delivering to their poor citizens, and how they can be optimized.

How to End Venezuela’s Nightmare
Project Syndicate - December 2018
Ricardo Hausmann says Venezuela’s problems will not be solved without regime change and that could – and should – happen after January 10, when the international community will no longer recognize the legitimacy of Nicolás Maduro's presidency.

The Measure of a Tragedy
NPR's Planet Money: The Indicator - June 19, 2018
Ricardo Hausmann joins Stacey Vanek Smith and Cardiff Garcia and shares indicators that capture the horrifying scale of the catastrophe in Venezuela.

Southeast Asia Surging in CID's New Global Growth Projections
May 3, 2018
Countries that have diversified their economies into more complex sectors, like India and Vietnam, are those that will grow the fastest in the coming decade.

Here Are the Countries Safest From a Robot Job Revolution
Fortune Magazine - April 2, 2018
Automation may render millions of jobs obsolete—but some countries may be in a better position to face the robots than others.

Development, Collective Know-how and Us
January 29, 2018
During a talk at the London School of Economics and Political Science, Ricardo Hausmann discussed the importance of collective know-how in technology diffusion and the importance of a sense of us in creating the needed cooperation to support the implementation of technology.

India-China Trade War Breaking Ties?
The Dollar Business - October 2017 (Interview on Page 21)
Past research found that a country is more likely to start entering the production of those products which its neighbouring countries are competitive at producing and that is true in India's case too.

As a Debt Deadline Looms for Venezuela, Maduro Is Defiant
The New York Times - November 2017
With the threat of default looming over Venezuela, President Nicolás Maduro said late Thursday that his government would initiate a restructuring and refinancing of the country’s foreign debt.

The Moral Identity of Homo Economicus
Project Syndicate - November 2017
Two recent books – Identity Economics by Nobel laureate George Akerlof and Rachel Kranton and The Moral Economy by Sam Bowles – indicate that a quiet revolution is challenging the foundations of the dismal science, promising radical changes in how we view many aspects of organizations, public policy, and even social life.

Eldest son preference is main cause of Child Stunting in India
Daily Pakistan - November 2017
Child stunting in India – where over 30 percent of worlds stunted children live –  exceeds that in poorer regions like Sub-Saharan Africa, according to a report published by American Economic Association.

These 5 Countries Expect Major Economic Growth for the Next Decade
Capitalism.com - October 2017
New research shows that the global economy is making a major turn toward rapid economic growth, and will continue trending in that direction over the coming years.

Recipes for thriving cities
Harvard Magazine - September-October 2017
What does it take for a nation to become a bustling center for international trade? Ricardo Hausmann, professor of the practice of economic development and director of Harvard’s Center for International Development, has determined that countries with economies that are more complex—those with the most skills and capabilities—will be able to produce the greatest diversity of goods, and therefore become wealthier through success in international trade.

Small steps, Big change
August 30, 2017
HKS writer Katie Gibson explains how CID's Building State Capability program helps government officials in developing countries who recognize that implementation of policies and programs is their weakest link, better their skills and ensure that it is adaptable to their own specific context and challenges.

The Urban Theory of Everything - Why Seemingly Unrelated Phenomena Tend to Thrive in Large Cities
August 1, 2017
As we experience rapid urbanization around the globe it becomes more critical to understand the dynamics of cities and their dual capacity to spur creativity and wealth, and to amplify crime and disease. A research collaboration between CID and the T.H. Chan School of Public Health has resulted in the formation of a unified model to analyze how social phenomena occur in urban areas.

Can Venezuela Resurrect Its Economy?
July 26, 2017 - Council on Foreign Relations
President Nicolas Maduro has neither the desire nor the capacity to institute the market reforms and debt restructuring needed to revive Venezuela’s sinking economy, says economist Ricardo Hausmann.

India will be base to the economic pole of global growth over the coming decade
July 6, 2017 - The Hindustan Times
CID's 2025 Global Growth Projections forecast India as one of the fastest growing economies to 2025, at 7.7% annually

Uganda Among Fastest Growing Economies by 2025
July 5, 2017 - Uganda Radio Network
CID's 2025 Global Growth Projections place Uganda at the top of the list on the fastest growing economies by 2025

The Hunger Bonds
May 26, 2017 - Ricardo Hausmann for Project Syndicate
Investing often creates moral dilemmas over goals: Should we aim to do well or to do good? Is it appropriate to invest in tobacco companies?

Charting a path towards Lanka’s durable success
March 13, 2017 - Ricardo Hausmann for Daily News
Ricardo Hausmann describes how CID is collaborating with the Government of Sri Lanka on a strategy to make progress faster, more sustainable and inclusive.

How long will it take Venezuela to recover from the economic debacle?
February 28, 2017 - Prodavinci
CID Research Fellows Miguel Santos and Douglas Barrios explore what's next for Venezuela's economy.

The Top 100 Influential Economists
December 2016 - Richtopia
Ricardo Hausmann and Dani Rodrik rank in the top 25 of this list based on social media influence.

These Harvard Economists Offer Differing Views for How to Save Venezuela
October 19, 2016 - Bloomberg News
Ricardo Hausmann and Francisco Rodriguez offer differing views on how to handle the crisis in Venezuela.

Making Microfinance More Effective
October 5, 2016 - Harvard Business Review
Rohini Pande, et al, conducts a review of rigorous academic studies of financial service innovations among the very poor to find out what services and products would unlock the most value for those at the bottom of the pyramid

The surge in violent crime is overblown — but here’s how to combat it
September 30, 2016 - Vox
Despite an increase in violent crime, Thomas Abt explains why there simply is no national crime wave, as certain candidates and commentators might have you believe.

Put Globalization to Work for Democracies
September 18, 2016 - NY Times
Dani Rodrik says globalization has deepened the economic and cultural divisions between those who can take advantage of the global economy and those who don’t have the resources and skills to do so.

The Need for a Pivot to Learning: New Data on Adult Skills from Indonesia
August 10, 2016 - CGD Blog
Lant Pritchett examines adult literacy rates and numeracy skills in Indonesia and lobbies for developing country education systems to pivot to learning.

Venezuela Needs International Assistance to Recover
June 28, 2016 - New York Times
Ricardo Hausmann op-ed on what the world could do to help Venezuela out of its current crisis.

Innovation is Not Enough
June 9, 2016 - Project Syndicate
Dani Rodrik says it is the economy-wide productivity consequences of technological innovation, not innovation per se, that lifts living standards.

Caught in the Middle
June 4, 2016 - The Economist
Asim Khwaja on the challenges small and medium-sized enterprises (SMEs) in developing regions have with access to finance.

How To Get India’s Women Working? First, Let Them Out Of The House
April 9, 2016 - India Spend
Rohini Pande, Jennifer Johnson & Eric Dodge say mobility is one of the key challenges many women confront when they set out to find a job.

Learning without Theory
March 30, 2016 - Project Syndicate
Ricardo Hausmann on how learning happens and what makes a learning process successful.

Here’s why economists should be more humble, even when they have great ideas
March 25, 2016 - Washington Post
Q&A with Dani Rodrik on his book, "Economics Rules: The Rights and Wrongs of the Dismal Science."

The top 10 sources of data for international development research
March 16, 2016 - The Guardian
The Atlas and Globe of Economic Complexity ranked #1 on list of reliable, detailed data sources.

Venezuela's Economy: Can it Avoid Collapse?
February 19, 2016 - BBC Radio
Ricardo Hausmann on the Venezuelan economy and whether it's on the road to defaulting on its international debt.

Geography of Genius
January 21, 2016 - PBS NewsHour
Ricardo Hausmann contributes to this segment, "Hotbeds of genius and innovation depend on these key ingredients."

Should Business Travel be Obsolete?
January 20, 2016 - Project Syndicate
Ricardo Hausmann explains the importance of moving people and not just information.

(New Delhi) Pollutants reduced by 18%
January 19, 2016 - Financial Times
Researchers at the Energy Policy Institute at the University of Chicago (EPIC) and Evidence for Policy Design found "stark reductions" in pollutants.