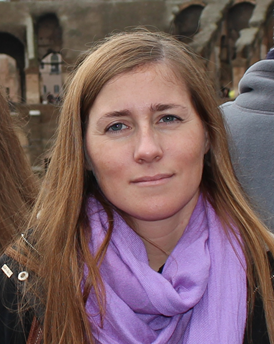 Adriana Conconi is the Director of Strategic Engagement and Development at the Center for International Development (CID) at Harvard University. Prior to joining CID, Adriana was the Executive Director at the Oxford Poverty and Human Development Initiative (OPHI) at the University of Oxford, where she held other positions since 2011, conducting research on multidimensional poverty and supporting governments around the world in developing their national multidimensional poverty indices and developing policies to eradicate poverty. She was previously a Researcher at the Centro de Estudios Distributivos, Laborales y Sociales (CEDLAS) at the Universidad Nacional de La Plata (UNLP) - Argentina, and a Lecturer in undergraduate and graduate courses at UNLP and Universidad de San Andres (Argentina). She has also been a consultant on several projects for the World Bank, IADB, UNDP, UNICEF, and other agencies and governments.

She holds a Master in Public Administration in International Development (MPA/ID) from Harvard Kennedy School, as well B.A. and M.A. degrees in Economics from the Universidad Nacional de La Plata (UNLP), Argentina.