More than 60 independent scholars and experts from around the world gathered at HKS on January 5, 2015 to discuss critical policy choices facing Vietnam in the next five years.

The incoming Government and National Assembly, to be elected in 2016, and the Vietnamese people will make these choices, which will set the path for the country in the 2016-2020 period and beyond. 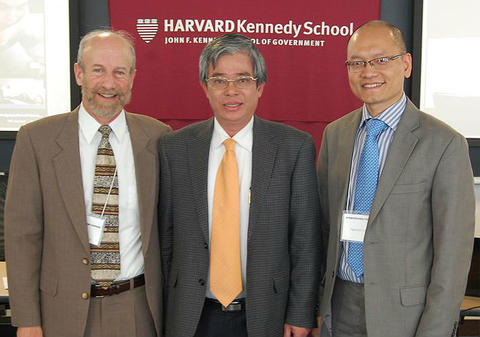 Countries at Crossroads: A Comparative Look at Vietnam and Indonesia
Jay Rosengard (HKS)

Giving Form and Substance to Vietnam (SOE) Inc.
in the Decade to Come
Nguyen Dang Bang (University of Cambridge)

The event was sponsored by the Vietnam Initiatives at Indiana University, the International Society of Vietnam Economists, and the Center for International Development at Harvard University.