Moving Out of Poverty: Success from the Ground Up | Harvard Kennedy School Skip to main content

Moving Out of Poverty: Success from the Ground Up 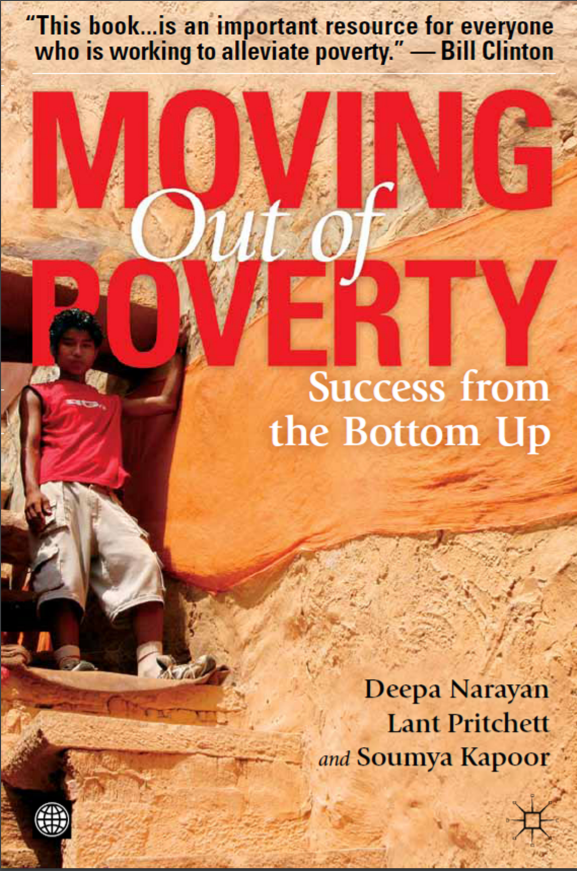 Moving Out of Poverty: Success from the Ground Up

"This book is an important resource for everyone who is working to alleviate poverty," former President Bill Clinton.

The goal is clear: to end poverty. And to do that we must begin by answering the question of why poor people are poor. Beliefs about the poor and the underlying causes of poverty determine the actions that development practitioners pursue, the policies that national politicians devise, and the actions that we as concerned citizens take.

Our book is about local realities, and about the urgent need to develop poverty-reducing strategies informed by the lives and experiences of millions of poor people in communities around the world. When we look closely at the local realities of communities rather than at countries, we see movement, not only stagnation. Despite the odds, some poor people in places from Bangladesh in South Asia to Mexico in Latin America are moving up and out of poverty. At the same time, others in the same communities are stuck in poverty or falling down. We set out to find out why and how.