M-RCBG appoints fellows in a variety of programs. In addition to the fellows listed below, please see additional listings here. 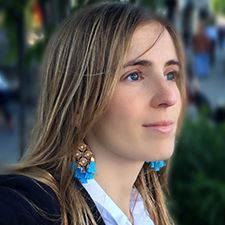 Victoria Alsina, Fellow: Since 2014, Victoria Alsina has focused her research and teaching at Harvard on finding innovative solutions to regenerate public institutions, solving some of society's most pressing problems at the intersection of the public and private sectors. At the Mossavar-Rahmani Center for Business & Government, she leads the projects “Creating new conceptual and analytical frameworks to study public-private collaboration in Southern Europe and Latin America” and “Discovering who transforms Barcelona: Redefining public and private roles in urban transformation. Collaboration models and community impact.” As a member of the Transparency Policy Project at the Ash Center for Democratic Governance and Innovation, she contributes research for a new project on empowering patients through data and technology. She is also Senior Researcher for the European Union Erasmus + Jean Monnet Project “Enhancing governance of EU policies: legal and institutional learnings from a US-EU dialogue.” In addition, she advises numerous public and private institutions, including the OECD, the European Union and the Inter-American Development Bank, on issues related to public sector reform, public-private collaboration, collaborative governance and democratic regeneration through technology. Likewise, she is Chair of the Study Group “The Challenge to Design a Technological Agora”, and collaborates with the GovLab Academy Coaching Program Initiative, based at New York University, developing and scaling innovative projects, from idea to implementation, of how to govern more effectively and legitimately through technology. She holds a BA in Political and Administration Sciences from Pompeu Fabra University, an MPA from the Autonomous University of Barcelona, an MA in Public Management from ESADE Business School, and a PhD in Political and Social Sciences from Pompeu Fabra University. Her faculty sponsor is John Donahue, Raymond Vernon Senior Lecturer in Public Policy at Harvard Kennedy School. More > 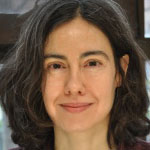 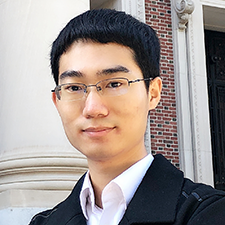 Rundong Ji is a PhD candidate at National School of Development at Peking University and Pre-Doctoral Research Fellow at the Mossavar-Rahmani Center for Business & Government at Harvard Kennedy School. His research interest is on Macro Development and International Finance, with a particular focus on Structural Change and Exchange Rate Regime in China and other export-led economies. His previous studies include Labor Structure, Adjustment Cost and the Countercyclical Nature of Labor Income Share and Population Age Structure and Industrial Structure Transformation. At M-RCBG, he works on his dissertation research Wealth Distribution, Fixed Exchange Rates, and Export-Led Growth. His faculty sponsor is Robert Z. Lawrence. 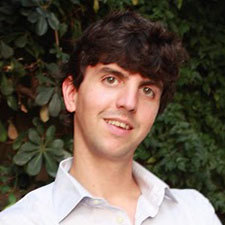 Valerio Nispi Landi is a Post-Doctoral Fellow, researching Dynamic Macroeconomics and International Economics, with a particular focus on capital controls in emerging markets. He previously worked as an economist at the Research Department of the Bank of Italy. He has a PhD in Economics from Bocconi University, defending a thesis on "Financial frictions and financial shocks: policy response and macroeconomic implications". 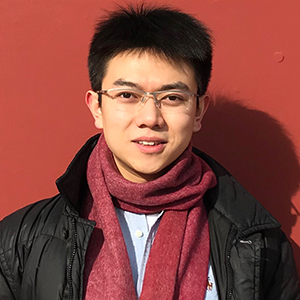 Jinlin Li is a doctoral student at Peking University and currently visits the Harvard Kennedy School as a pre-doctoral research fellow. During his visit, he mainly works on his dissertation research on venture capital and entrepreneurship in China under the supervision of Professor Lawrence H. Summers and Professor Josh Lerner. As part of the research, he has constructed a comprehensive dataset on China’s venture capital by using various administrative data.  Based on the dataset, he examines the role of venture capital (VC), in particular government VC, on firm dynamics and entrepreneurship. At Peking University, as a research assistant for Professor Xiaobo Zhang, Jinlin helped organize the Enterprise Survey for Innovation and Entrepreneurship in China (ESIEC) during 2014-2018. 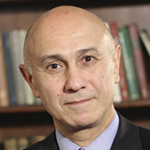 Najmedin (Najm) Meshkati is an M-RCBG Associate researching A New Paradigm for Business and Government Partnership in Controlling and Regulating Risks of Complex Safety-Critical Technologies: The “Safety Case”. He is a Professor of Civil/Environmental Engineering; Industrial & Systems Engineering; and International Relations at the University of Southern California. He is a Commissioner of The Joint Commission and a member of the Board on Human-Systems Integration (BOHSI) of the National Academies (Sciences, Engineering and Medicine). Between 2009-2010, he was a Jefferson Science Fellow and a Senior Science and Engineering Advisor to the Office of the Science and Technology Adviser of the U.S. Secretary of State. His current interests include nuclear safety, environmental sustainability, and developing cooperative regional approaches to nuclear fuel cycle management. For the past 30 years, Meshkati has been teaching and conducting research on human factors, safety culture, and risk reduction of complex, large-scale technological systems, including nuclear power, aviation, refining, and petrochemical industries. As an expert on systems engineering, human factors and safety culture, Meshkati was selected by the National Academies to be a member on two national panels investigating two recent catastrophic events at Fukushima and Deepwater Horizon. He has inspected many nuclear power plants around the world, including Chernobyl (1997), Fukushima Daiichi and Daini (2012). Meshkati is a Fellow of the Human Factors and Ergonomics Society and the 2015 recipient of the organization’s highest honor, the Arnold M. Small President’s Distinguished Service Award. He simultaneously received a B.S. in Industrial Engineering and a B.A. in Political Science in 1976, from Sharif (Arya-Meher) University of Technology and Shahid Beheshti University (National University of Iran), respectively. In 1978 he earned his M.S. in Engineering Management; and in 1983, his Ph.D. in Industrial and Systems Engineering from USC. He is also a certified professional ergonomist. 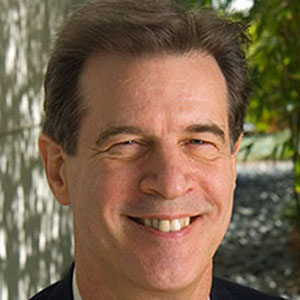 William H. Overholt, Senior Research Fellow: William H. Overholt has been a Senior Research Fellow or Senior Fellow in Harvard’s Kennedy School of Government and previously the Harvard Asia Center since 2008. During 2013-15 he also served as President of the Fung Global Institute in Hong Kong. His career includes 16 years doing policy research at think tanks and 21 years running investment bank research teams. Previously he held the Asia Policy Distinguished Research Chair at RAND’s California headquarters and was Director of the Center for Asia Pacific Policy; concurrently he was Visiting Professor at Shanghai Jiaodong University and, earlier, Distinguished Visiting Professor at Korea’s Yonsei University. During 21 years in investment banking, he served as Head of Strategy and Economics at Nomura’s regional headquarters in Hong Kong from 1998 to 2001, and as Managing Director and Head of Research at Bank Boston's regional headquarters in Singapore. For Bankers Trust, he ran a country risk team in New York from 1980 to 1984, then was regional strategist and Asia research head based in Hong Kong from 1985 to 1998. At Hudson Institute from 1971 to 1979, Dr. Overholt directed planning studies for the U.S. Department of Defense, Department of State, National Security Council, National Aeronautics and Space Administration, and Council on International Economic Policy. As Director of Hudson Research Services, he also did strategic planning for corporations. Dr. Overholt has published eight books, including China’s Crisis of Success (Cambridge University Press, 2018); Renminbi Rising: The Emergence of a New Global Monetary System (Wiley, 2016) and Asia, America and the Transformation of Geopolitics (Cambridge University Press, 2007); The Rise of China (W.W. Norton, 1993; and (with William Ascher) Strategic Planning and Forecasting (John Wiley, 1983). He is principal co-author of: Asia's Nuclear Future (Westview Press, 1976) and The Future of Brazil (Westview Press, 1978). With Zbigniew Brzezinski, he founded the periodical Global Assessment in 1976 and edited it until 1988. Dr. Overholt received his B.A. (magna, 1968) from Harvard and his Master of Philosophy (1970) and Ph.D. (1972) from Yale. 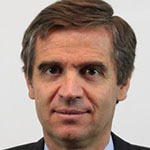 Rodrigo Vergara, Research Fellow: Rodgrigo Vergara was Governor of the Central Bank of Chile between 2011 and 2016. Between 2009 and 2011 he was member of the Policy Board of the Central Bank of Chile. Mr. Vergara graduated in economics from Universidad Católica de Chile in 1985. He holds a Ph.D. in Economics from Harvard University (1991). Between 1985 and 1995 he worked at the Central Bank of Chile, rising to the position of Chief Economist in 1992. In 1995 he joined the Center for Public Studies—an independent Chilean think tank—where he was coordinator of the Macroeconomics Department. From 2003 until his appointment to the Bank’s Board, Mr. Vergara was full professor at the Economics Department of Universidad Católica. Mr. Vergara has been economic advisor to the central banks and governments of several countries in Latin America, Eastern Europe, Asia and Africa, and has been an external consultant for the World Bank, the International Monetary Fund, the Inter-American Development Bank and the United Nations. He has been member of the Presidential Advisory Council on Work and Equity, of the Advisory Council on the Chile-United States Free Trade Agreement, of the National Savings Commission, of the Conicyt Economics Group. He is member of the editorial board of journals Estudios Públicos and Economía Chilena. Mr. Vergara has authored numerous articles published in specialized professional journals and has edited several books. He is currently Senior Research Economist at the Center for Public Studies in Santiago and professor at the Catholic University of Chile. He is also an economic consultant and member of the board of directors of several companies.