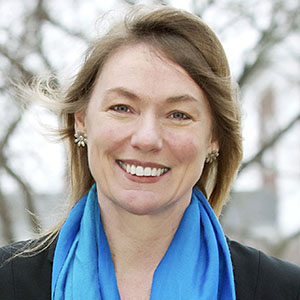 Jane Nelson is Director of the Corporate Responsibility Initiative at Harvard Kennedy School, and a nonresident senior fellow at the Brookings Institution. She was a director and then senior advisor at the Prince of Wales International Business Leaders Forum from 1993 to 2012, and has been a senior associate with the Institute for Sustainability Leadership at Cambridge University and an adviser and track leader at the Clinton Global Initiative. In 2001, she worked with the United Nations Global Compact in the office of the UN Secretary-General, Kofi Annan, preparing his report for the General Assembly on cooperation between the UN and the private sector. Prior to 1993, Nelson worked for the World Business Council for Sustainable Development in Africa, for FUNDES in Latin America, and as a Vice President at Citibank working for the bank's Financial Institutions Group in Asia, Europe and the Middle East. She has co-authored five books and over 90 publications on corporate responsibility, public-private partnerships and the role of the private sector in sustainable development, including five of the World Economic Forum's Global Corporate Citizenship reports. She serves on the Boards of Directors of Newmont, the Abraaj Group, FSG, and the Niger Delta Partnership Initiative, on the Economic Advisory Board of the International Finance Corporation, and on advisory councils for Bank of America, Abbott, ExxonMobil, GE, Pearson’s Project Literacy initiative, APCO Worldwide, the Center for Global Development, InterAction and the Rockefeller Foundation's Bellagio Center. She is a member of the World Economic Forum’s Stewardship Board for Food Security and Agriculture, and a member of the Forum's Global Future Council on International Cooperation, Public-Private Partnership and Sustainable Development. Previously, Nelson served on the Boards of Directors of SITA (now part of Suez Environnement), the World Environment Center, the UK Environment Foundation, AIESEC, and the International Council of Toy Industries CARE Foundation, and on advisory councils for Merck Vaccines, British Telecom, Youth Business International, Henderson Fund Managers, UNDP’s Inclusive Markets Initiative, the UK Department for International Development, the Danish Ministry for Social Affairs, the Copenhagen Centre, Instituto Ethos in Brazil, the Global Alliance for Improved Nutrition, the Ford Foundation’s Corporate Involvement Initiative, the International Council on Mining and Metals, the Business and Human Rights Resource Centre, and the Global Business Coalition Against HIV/AIDS, TB and Malaria (now GBCHealth). Educated in Zimbabwe, the United States, South Africa and the United Kingdom, Nelson is a former Rhodes Scholar, a 2016 Arthur Vining Davis Aspen Fellow, and a recipient of the Keystone Center's 2005 Leadership in Education Award and the Academy of Management’s 2015 Best Book Award for the Social Issues in Management Division.