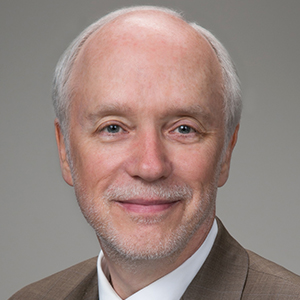 Robert C. Stowe is Executive Director of the Harvard Environmental Economics Program (HEEP), a Harvard-wide initiative based in Harvard Kennedy School’s (HKS’s) Mossavar- Rahmani Center for Business and Government. He is also Co-Director of the Harvard Project on Climate Agreements (Harvard Project). Dr. Stowe has participated, through the Harvard Project, in the annual Conferences of the Parties of the U.N. Framework Convention on Climate Change since 2007. He was a Contributing Author to – and managing editor of – a chapter on international cooperation in the Intergovernmental Panel on Climate Change’s Fifth Assessment Report. He has participated regularly in biannual meetings of the Climate Change Expert Group, hosted by the Organisation for Economic Co-operation and Development, in Paris. With the HEEP and Harvard Project team, Dr. Stowe has designed agendas for and co-organized 22 research workshops and policy roundtables since 2009. Topics include China’s national carbon-pricing system, the elaboration and implementation of the Paris Agreement, sub-national climate-change policy in North America, and the governance of solar geoengineering. Workshops and roundtables have been held at HKS and in Beijing, Shanghai, Toronto, Mexico City, Berlin, and New York. Dr. Stowe has co-edited, with Robert Stavins (HKS), five volumes of expert briefs (short papers) based on these research workshops.

Dr. Stowe is a consultant to the Asian Development Bank; a member of the Advisory Committee to the Sustainable Partnership for Rooftop Solar Acceleration in Bharat (SUPRABHA) – an initiative of the Indian Ministry of New and Renewable Energy, the World Bank, and the Bank of India; and a member of the World Bank’s Technical Expert Group for Supporting Article 6 [of the Paris Agreement] Work. He has taught courses on climate-change policy at HKS and, with the Harvard Project team, designs the curriculum for an HKS executive-education program on climate-change and energy policy.

Dr. Stowe holds a Ph.D. in political science from the Massachusetts Institute of Technology and an A.B. in physics from Harvard College.