Scherer honored for his contributions to the field of industrial organization

Scherer honored for his contributions to the field of industrial organization 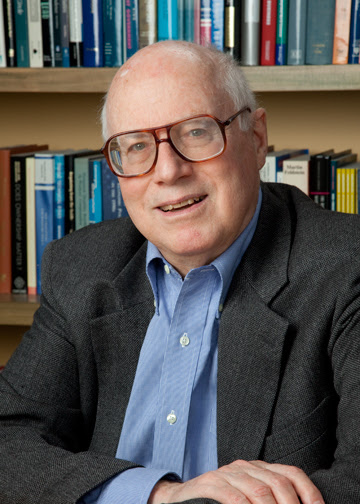 F. M. Scherer, Aetna Professor Emeritus at Harvard Kennedy School, has been honored with a special issue of the Review of Industrial Organization to mark his many seminal contributions to the scholarly literature about industrial organization, his enthusiastic service and support of the industrial organization community and its scholars, and his leadership and service within the economics profession more generally. Scherer is a faculty affiliate with the Mossavar-Rahmani Center for Business & Government at HKS.

According to the publication, which titled the issue Frederic M. Scherer: Over a Half Century—and Counting—of Seminal Scholarly Contributions , Scherer has influenced generations of industrial organization scholars and his journal publications have expanded the understanding of the economics of technological change and of the behavior and performance of industry more generally. His landmark treatise provided the essential compilation of myriad studies and approaches to solidify what became known as the field of industrial organization. The book detailed the richness of the knowledge about the field and its open questions and inspired other scholars, who then devoted careers to exploring those questions. According to the issue’s introduction, “both his journal publications and his treatise have consequently been an essential reference for evaluating and developing public policy toward industry”.

Issue editors further note, “We are grateful for and enriched by Mike Scherer’s research and writing, his wise and generous support of individual scholars, his tireless and enthusiastic support of conferences and meetings and many professional economics associations, and his service to the institutions and missions of economics public policy.”

Scherer received an A.B. degree with honors and distinction from the University of Michigan in 1954; an M.B.A. with high distinction from Harvard University in 1958; and a Ph.D. in business economics from Harvard University in 1963. His research specialties are industrial economics and the economics of technological change, leading to numerous publications, including books on Industrial Market Structure and Economic Performance (1970, 1980, 1990); Industry Structure, Strategy, and Public Policy (1996); Mergers, Sell-offs, and Economic Efficiency (1987, with David Ravenscraft); The Economics of Multi-Plant Operation: An International Comparisons Study; Innovation and Growth: Schumpeterian Perspectives (1984); and The Weapons Acquisition Process: Economic Incentives (1964).