Annette Gordon-Reed on inequality, Thomas Jefferson in the twenty-first century, and the future of the U.S. Constitution | Harvard Kennedy School
Skip to main content

Annette Gordon-Reed on inequality, Thomas Jefferson in the twenty-first century, and the future of the U.S. Constitution 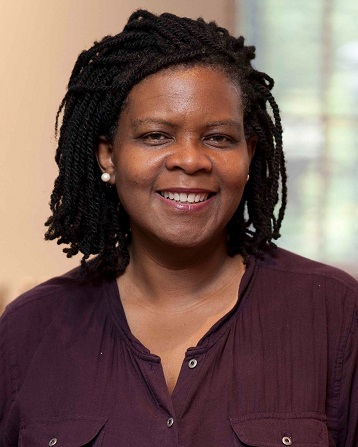 May 2018. GrowthPolicy’s Devjani Roy interviewed Annette Gordon-Reed, the Charles Warren Professor of American Legal History at Harvard Law School and Professor of History in the Faculty of Arts and Sciences at Harvard University, celebrated Thomas Jefferson biographer, and winner of the Pulitzer Prize, on inequality, Jefferson in the twenty-first century, and the future of the Constitution. | Click here for more interviews like this one.

Links: Annette Gordon-Reed’s faculty page at Harvard Law School | Faculty page at Harvard’s Department of History | Complete bibliography | Her latest book (with Peter Onuf), Most Blessed of the Patriarchs: Thomas Jefferson and the Empire of the Imagination (Liveright, 2017) | The Hemingses of Monticello: An American Family (winner of the Pulitzer Prize for History, 2009) | Wikipedia profile

Annette Gordon-Reed: I suppose the jobs will come in building, operating, and servicing the various tech-related inventions, services, and processes that will grow out of the tech boom.

GrowthPolicy: What should we do about economic inequality?

Annette Gordon-Reed: The tax system should be adjusted to make sure that truly wealthy people pay a fair share of taxes and give back to the society that has given so much to them. We are not all going to be equally wealthy, but we should work to alleviate the kind of poverty and deprivation that prevents all citizens from fulfilling their potential and, thus, contribute to society.

GrowthPolicy: How should we prevent the next financial crisis?

Annette Gordon-Reed: I think proposals in Congress to provide for greater regulation of the banking industry would go a long way toward preventing major crises.

GrowthPolicy: You have written extensively on Thomas Jefferson in multiple pioneering works. As a product of Enlightenment thought, what would Jefferson think about U.S. politics today, particularly about its legal institutions? What would concern him and what would surprise, or please, him?

Annette Gordon-Reed: Well, of course Jefferson would be bewildered by the open prevalence of money in politics. I think he would find it hard not to think of it as a form of bribery. You might assume he would be horrified by the direction of law in many areas, but I think if he believed these changes were the “will of the people,” he would go along. The role of blacks—the role of women, in particular—would surprise him. But again, if he had the chance to survey how these changes came about, seeing that they came from the transformation of the culture, he would get it.

GrowthPolicy: The genre of the historical biography is incredibly popular among reading audiences in America, but the focus appears to be on the lives of successful men, say, Parson Weems’s biography of George Washington, H. W. Brands’s biography of Benjamin Franklin, or Walter Isaacson’s biographies of Steve Jobs and Leonardo da Vinci. As a celebrated biographer yourself, how would you make the case for more biographies of the under- or unrepresented, say, disfavored racial groups or women?

Annette Gordon-Reed: I did a biography of people who were largely unknown, though connected to a famous person: The Hemingses of Monticello. There is no question that we need to know the stories of lesser-known individuals because those types of works give you a different perspective on a given historical period. The person in a biography is of interest, but the story of the times the person lived in is what makes the biography really successful. It can’t just be, “And then she did this. And then she did that.” The difficulty, naturally, is the relative absence of source material for obscure people. Such people do not often have a lot of documentation of their lives. So, it’s hard to do. But it is not impossible in all cases.

GrowthPolicy: You are both a noted legal scholar and a historian of the long eighteenth century. According to you, in what critical areas does the United States Constitution need changes in the twenty-first century that the eighteenth-century framers could not possibly have envisioned?

Annette Gordon-Reed: This is a very broad question, but I think the Constitution should focus more explicitly on social and economic rights. The eighteenth-century gentleman’s notion that “we” (and they had themselves in mind) all start from, more or less, the same place and are operating on a level playing field in which political liberty was all that mattered, is not enough, I don’t think. On another front, we now know that many things we took for granted as part of the system were just customs. Perhaps some of those customs should be embedded in the constitutional order.

GrowthPolicy: This website, Growthpolicy.org, focuses on economic growth policy issues. Economic growth cannot be divorced from issues of racial inequality. In an essay titled “Charlottesville: Why Jefferson Matters,” you write: “[H]ow do we continue in the face of depressing realities to allow ourselves to hold fast to the importance of having aspirations, and recognize that the pursuit of high ideals—even if carried out imperfectly—offers the only real chance of bringing forth good in the world?” In what ways can more enlightened policy making, or “the pursuit of high ideals,” to use your words, bridge the gap between economic inequality and racial inequality?

Annette Gordon-Reed: That is very tough, [but] if I had the answers … First, I think the country has to come to grips in some way with the true history and continuing legacy of the way race has been used throughout our history. We have a problem in that area that I’m not confident we can truly overcome. People of color are not seen, by many of their fellow Americans, as true parts of the American community. As a result, there is a disinclination to support public institutions that serve people of color along with whites. Our history tells us we can make progress on that front, but whether we have reached the limits on that, I cannot say.