Dante Roscini on the Economic Fallout of COVID-19, Sovereign Debt Crises, and Investing in Europe 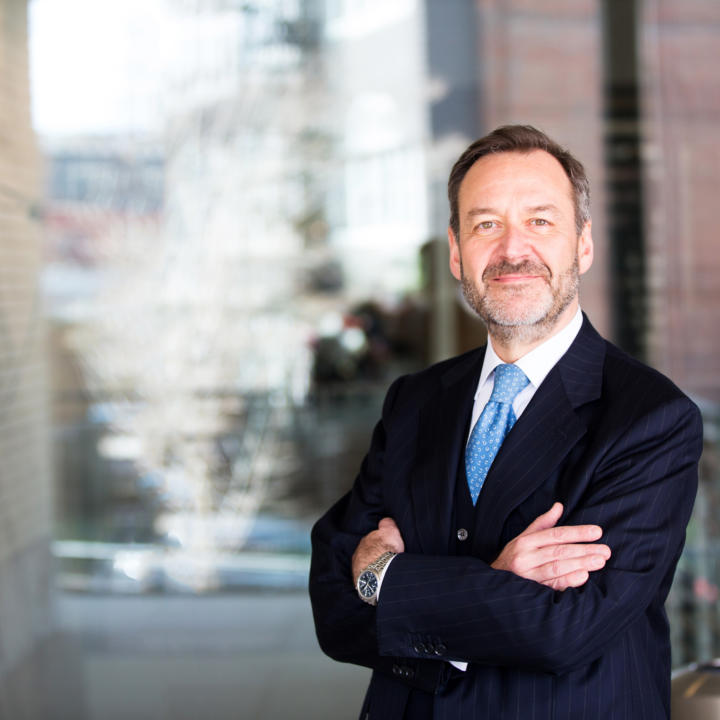 August 2020. GrowthPolicy’s Devjani Roy interviewed Dante Roscini, Professor of Management Practice at Harvard Business School, on the economic fallout of COVID-19, sovereign debt crises, and the current investing environment in Europe. | Click here for more interviews like this one.

GrowthPolicy: What, in your opinion, is the next big economic crisis on the horizon? How should we prevent it?

Dante Roscini: I am afraid that the next big economic crisis is already here. Depending on how things evolve, we could be in the gravest crisis since the Great Depression. What will happen if, by the time the exceptional support measures adopted inevitably expire, we have not reached the necessary degree of economic equilibrium? Monetary policy alone cannot carry the day forever if economic activity doesn’t normalize. My biggest concern is that the pandemic is still unresolved, and there is a risk that the flu season might bring an increase in infections. Until we do not have a proven therapeutic protocol and an effective, safe, and readily available vaccine, uncertainty will remain.

There is no straightforward way to prevent the economic crisis from continuing if a health one drives it. By definition, a global emergency such as the pandemic requires a global solution. I found it disheartening that instead, it led to divisions, accusations, and a widespread lack of trust among nations. One possible path to a resolution would be to reverse the systematic undermining of multilateral institutional norms and agreements that we have witnessed in recent years and find a new impetus for renewed international cooperation.

GrowthPolicy: You have written that the financial crisis of 2008 hit Italy harder than most Eurozone countries because the corporate governance system led to an inefficient allocation of capital and a lack of investment which contributed to Italy’s loss of competitiveness worldwide. What lessons about corporate governance can the U.S. learn from Italy’s experience?

Dante Roscini: Italy’s economy had its own set of idiosyncratic issues that made it more exposed to the global financial crisis (GFC) of 2008-2009 than other European Monetary Union (EMU) countries. Some of those issues had to do with the size, competitiveness, ownership, and governance of its companies. The smaller, often family-owned firms that make up the majority of the Italian economy lacked the independent governance and professional management conducive to forward-looking strategic decision-making. Their high dependence on family shareholders and banks for financing constrained their investment and growth options, especially as rising non-performing loans reduced credit availability. It is hard to draw valuable lessons for the U.S. because of their larger public companies, efficient capital markets, and a more developed ecosystem of governance rules.

Where Italy can probably offer a lesson to the U.S., though, is in the handling of the pandemic from a public health perspective. Italy was impacted early and suffered terribly. In comparison to the U.S., it acknowledged the problem and reacted notably faster; it enforced a much stricter lockdown and achieved a better outcome. Nevertheless, the measures brought economic activity to a screeching halt and triggered a severe recession in an economy already suffering from sub-par growth and high unemployment. Given the public debt burden and fiscal constraints, Italy’s ability to protect jobs and stimulate the economy was dependent on assistance from the E.U.

The size, form, and conditionality of such intervention triggered a profound soul searching in the Union. After protracted deliberations and tense negotiations, the E.U. agreed to an unprecedented pan-European rescue package, of which Italy will be one of the principal beneficiaries. It was a historic moment. The country has a one-off opportunity to leverage this moment to address some of its well-known structural problems. Success will depend on its ability to implement the changes it has pledged to its European partners. While Italy’s track record of embarking in difficult reforms is not encouraging, perhaps the inclusion in the agreement of an emergency brake in the disbursement of the funds if a country does not follow through with its promises might work as an incentive.

Dante Roscini: Much has happened in the decade since the Greek crisis erupted. There are abundant lessons for policymakers, market participants, politicians, bankers, economists, and social scientists. Today, after a long list of extraordinary support measures by external institutions, a harsh restructuring for private investors and a hefty dose of painful domestic austerity and political turnover, the situation has stabilized. The debt-to-GDP ratio remains very elevated but is no longer on the ruinous trajectory it followed when the crisis exploded. The last bailout program has ended, and now the E.U. emergency-funding entities own most of the outstanding debt and therefore have some latitude on its management. As you observe, Greece is a powerful reminder that sovereign debt crises are not a thing of the past, even within a currency union and with very low nominal interest rates.

The COVID-19 pandemic is dramatically raising the issue. In a world that was already awash with debt, the massive fiscal stimuli enacted to combat the crisis are increasing the risk of sovereign debt crises across the globe. In normal times, the new needs could be refinanced in the global capital markets or through existing lenders. Now, access to external financing is limited, in particular for emerging economies faced with material reductions in their ability to earn foreign exchange revenues. Capital has fled developing countries with unprecedented speed and volumes, leaving many of them particularly vulnerable as they face continued and unprecedented global economic uncertainty. Already this year, Venezuela, Argentina, and Lebanon have defaulted. Fitch downgraded over two dozen sovereign issuers, and over 100 countries have applied to the IMF for emergency financing instruments. It seems clear that this is not just a problem of the traditionally precarious low-income or lower-middle-income countries.

We are, therefore, at a critical juncture with debt threatening to create a global development emergency in much the same way as the pandemic has created a global health emergency. Both could result in social unrest and instability. To take the parallel further, one could say that we need to flatten the curve of debt reschedulings to stay within the capacity of the system to handle them. The IMF, the World Bank, and the governments of the G20 have agreed to a temporary debt moratorium, but private-sector creditors will take individual positions on an ad-hoc basis. Debt suspension relieves but does not solve the problem. Ultimately, the magnitude of this crisis might trigger an international process to explore possible forms of a debt jubilee, a comprehensive and enforceable way to cancel certain debts, reducing levels to a sustainable level. This type of solution might have potential but would be complex to negotiate, structure, or implement.

GrowthPolicy: You have written about the financial crisis in central Europe in late 2008, summarizing how four central European countries—Poland, the Czech Republic, Hungary and Slovakia—have coped with the economic downturn. The Berlin Wall fell on November 9, 1989 which makes it three decades since communist rule has collapsed throughout Central Europe and Eastern Europe. Many former communist countries are currently experiencing the rise of far-right populist movements. In what ways do you believe ex-communist economies can improve their legal systems to gain the confidence of foreign investors, while also restructuring their social safety nets?

Dante Roscini: With the notable exception of Hungary, the Global Financial Crisis (GFC) affected Central and Eastern European economies in a less-severe way than those of Western Europe. The intervention of the IMF and the E.U. helped soften the impact. Nevertheless, the crisis arrived less than two decades after the end of communism, during the early phases of the transition from planned to free-market economies and before their full assimilation into those of Europe and the world. From a political perspective, it came during a delicate phase of institution-building that had yet to reach maturity.

In those countries, the GFC somehow delegitimized the idea that the obvious path was to embrace global capitalism and a quick westernization. The Eurozone crisis that followed in 2011 and 2012 dented the reputation of the E.U. even further, allowing populist politicians to challenge the advantages of integration. In Hungary, for example, Orbán pointed to economic nationalism as the way to free the indebted Hungarian middle class from the grip of international banks and to create social safeguards for the domestic society. The approach resonated with many voters, and it is interesting to note that the refugee crisis, seen by many as the principal reason behind the rise of far-right populism, only came into play later.

You are right to mention the confidence of foreign investors; they were instrumental in supporting development in the region. After the fall of the Berlin Wall, incoming capital from Europe and elsewhere acted as a catalyst for restructuring, modernization, and growth. The GFC dampened FDI flows even though countries adopted policies to attract it. The authoritarian creep and the increased inclination of governments in the region to disobey the standards of Brussels create a disincentive for investors.

Capital needs stable and reliable rules and institutions. The further CEE countries drift from E.U. norms, the less FDI is likely to materialize. Now the pandemic is creating additional, significant uncertainty, and I worry that this comes at a time when relations between Eastern and Western Europe are at a low. The solution is to mend them, not an easy task given the political realities, one that will require much introspection and goodwill on both sides but made even more critical by the growing threat represented by Russia.

Archon Fung on the Fragility of Democracy