Jeffrey Frankel on Taxes, Trade, Tariffs, and the Possibility of the Next Recession | Harvard Kennedy School
Skip to main content

Jeffrey Frankel on Taxes, Trade, Tariffs, and the Possibility of the Next Recession 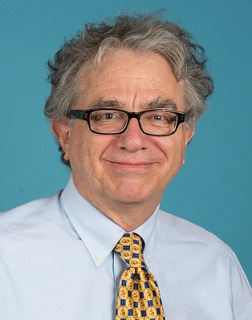 June 2019. GrowthPolicy’s Devjani Roy interviewed Jeffrey Frankel, James W. Harpel Professor of Capital Formation and Growth at Harvard Kennedy School, on the current tax policy, international trade, tariffs, and the possibility of the next recession. | Read more interviews like this one.

Growthpolicy.org. How should we promote economic growth and equality simultaneously?

Jeffrey Frankel: There are plenty of good policy ideas to promote growth while reducing income inequality, while keeping the budget deficit from growing unsustainably. I have in mind proposals that have already been carefully thought out. We are not talking about “old ideas that have been tried and failed.” Many of them are already partially implemented—for example, the Affordable Care Act or the financial reforms in the aftermath of the 2008 financial crisis. It is a matter of pushing forward to complete and extend such reforms, against political opposition. In my view, we don’t need “bold new ideas that fundamentally re-think capitalism.” The Affordable Care Act (Obamacare) brought health insurance to many millions of Americans.  But the damage that has been done to it needs to be repaired—for example, with respect to pre-existing medical conditions and the individual mandate. Furthermore, the original vision of bringing health insurance to all Americans should be completed, probably by adding a “public option” for those who can’t get high-quality coverage on the private market. The tax system should be made more progressive. Good fiscal policy would alter the December 2017 cut in corporate tax rates so that it is revenue neutral. This means eliminating distortionary tax loopholes and benefits such as the treatment of carried interest and the deductibility of corporate interest payments. Reverse also some of the other Republican tax cuts for the rich, such as on capital gains. The Earned Income Tax Credit should be expanded, “to make work pay.” The payroll tax should be made more progressive. The estate tax should be strengthened, not weakened, especially on estates over $10 million; in particular, the passing of super-wealth from one generation to the next should be attenuated a bit by eliminating the step-up of the value of assets which are not otherwise taxed at any stage. The government should take steps to make available universal quality pre-school, so that the next generation enters the school system on a more equal footing. In my view this is even higher priority than support for higher education, particularly if the latter takes the form of government-backed loans for students to enroll in colleges and universities with high drop-out rates (whether due to inadequate student preparation or exploitative behavior by for-profit institutions). Infrastructure investment should be another priority. Taxes on gasoline and carbon more generally would address environmental externalities in an efficient and fiscally responsible manner. Indeed, a carbon tax could restore debt sustainability. Financial reform is necessary to reduce the risk of a recurrence of a crisis and recession on the order of 2008. The Dodd-Frank legislation made a lot of progress, but important details have been steadily undermined by politicians who generally oppose financial regulation. Capital requirements for banks should be strengthened, not weakened, at the peak of the business cycle.  Regulations such as stress tests should apply not just to large banks but also to other systemically important financial institutions (such as insurance companies). Mortgage originators should be required to keep a certain proportion of the loans on their own books, rather than re-packaging them all into assets to be held by others. The Consumer Financial Protection Bureau should be allowed to resume its good work in protecting households with respect to student loans, pay-day loans, car loans, and, of course, housing loans. The Fiduciary Rule should be reinstated so that retirement advisors are obligated to give families financial advice that is in the interest of the client.

Growthpolicy.org. In January 2018, a historic $1.5 trillion tax cut went into effect in the U.S.: a stimulus package that reduced the corporate tax rate from 35% to 21% in what was the biggest overhaul of the U.S. tax code in three decades. At the time, Republicans insisted the tax cut would “pay for itself” by way of accelerated economic growth. A year later, what are your opinions, anxieties (if any), and prognostications for this tax cut down the road, especially in the light of the growing federal budget deficit?

Jeffrey Frankel: It is remarkable that in December 2017, while voting for the large tax cuts, not a single Republican senator dissented from the line that they would pay for themselves (not even the reasonably moderate members), while at the same time almost no professional economists supported the line that the tax cuts would pay for themselves (not even those who supported the tax cuts on other grounds). There was little suspense about the outcome: of course, the reduction in tax rates led directly to a reduction in tax revenues (especially as a share of GDP). As a result, we are now looking at trillion-dollar budget deficits and rapidly rising levels of debt. It is true that economic growth has been relatively strong over the last year. But that does not help us choose between the supply-side view of tax-cuts and demand-side view. This fiscal stimulus, like any fiscal stimulus, has boosted demand. Corporations did not spend most of their tax-cut windfall on adding to plant and equipment or raising workers’ wages. Rather they passed on most of the revenue to their shareholders in the form of share buybacks and dividends. This suggests that the GDP boost was demand-led, i.e., Keynesian, rather than supply-led. Furthermore, the increase in the budget deficit cut into national saving and led to a rise in our international current account deficit and trade deficit (as was easily predicted), which is the opposite of what Donald Trump expected to accomplish with his policies. Of the various reasons to worry about the recent tax cuts (and spending increases) and resulting budget deficit, the cyclical timing particularly concerns me. One can debate what is the right level for the budget deficit as a long-run average. But it is hard to defend pro-cyclical fiscal policy. Yet this is what we have: politicians associated with one of our two political parties have systematically chosen to block fiscal stimulus when the economy most badly needed it (as when unemployment exceeded 9% in the immediate aftermath of the 2017-19 recession) and to support fiscal stimulus when unemployment is low (2017-18). This exacerbates the swings in the business cycle. It is like turning on the air conditioning in the winter and the heat in the summer.  If these politicians are true to form they will, once again, suddenly rediscover the evils of budget deficits when the economy is next in recession, pointing to soaring debt/GDP ratios and so will once again become “fiscally responsible” at precisely the wrong time. The result could be a deeper recession than the average downturn.

Growthpolicy.org. You are an expert on international trade. In a recent op-ed on U.S.-China trade relations, you note, “The US and other countries have more legitimate complaints against China regarding technology transfer and intellectual property rights. The effective way to pursue these grievances would have been in cooperation with allies, via multilateral institutions such as the World Trade Organization or the Trans-Pacific Partnership.” Given the somewhat precarious relations the current administration has cultivated with allies and trading partners, what do you predict will be the long-term consequences, perhaps even long-term costs, for the U.S.?

Jeffrey Frankel: The trade war that President Trump has been waging against China, Mexico, and other important US trading partners is already having adverse economic effects for the US.  Tariffs on imported consumer goods from washing machines to tomatoes hit the household pocketbook right away. Tariffs on materials that manufacturing firms import, such as steel and auto parts, tend to impact the firms’ profits immediately (watch the stock market go down) and then eventually to lead to higher prices for autos and the other final products. Meanwhile, when we shut out imports, we also lose exports, through foreign retaliation, dollar appreciation, and a variety of other channels. American farmers, in particular, were hit quickly. Of course, an increase in trade gives rise to both “winners and losers” within each country.  Tariffs create both winners and losers as well. But the winners tend to outnumber the losers when trade is liberalized, whereas the losers tend to outnumber the winners when tariffs are raised. Donald Trump appears to have engineered a spectacular example of this generalization: his trade war has hurt almost every segment of the American economy, with very few winners. The bigger adverse consequence of the trade war, however, will come in the longer run. It is the damage done to the international economic and political system. This system was established under U.S. leadership after World War II, in an historic effort to avoid repeating the mistakes made after World War I (the isolationism and protectionism that did so much economic and political damage in the 1930s). The open multilateral rule-based system formed the basis of a period of economic prosperity and peace unprecedented in history. Now we are watching what may be its demolition. Trump’s tariffs are breaking the internationally agreed rules of trade more clearly than anything that China is doing, let alone Mexico, Canada, or Europe. Apologists for Trump often say that his tariffs are just bargaining chips or weapons designed to induce trading partners to agree to demands such as better Chinese enforcement of our firms’ intellectual property rights. It is hard to see how some sort of future agreement could solve U.S. issues with China or other countries when their leaders have drawn the logical conclusion that the word of the American president can no longer be trusted. It is not just that Trump refuses to honor past U.S. agreements negotiated by his predecessors, like NAFTA. He also refuses to honor his own renegotiated “USMCA,” by announcing on May 30 [2019] new escalating tariffs on Mexico (in pursuit of his elusive anti-migration goals). Why should our trading partners negotiate anything under such conditions?