Jeremy Stein on income inequality, monetary policy and the bond market, and preventing the next financial crisis 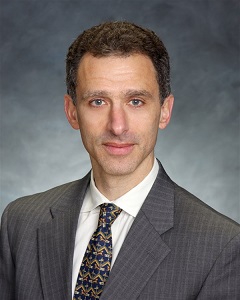 February 2019. GrowthPolicy’s Devjani Roy interviewed Jeremy Stein, the Moise Y. Safra Professor of Economics and Chairman of the Department of Economics at Harvard University, on income inequality, monetary policy and the bond market, and preventing the next financial crisis. | Click here for more interviews like this one.

Growthpolicy: How should we prevent the next financial crisis?

Jeremy Stein: Well, we should probably start with a dose of realism: we won’t prevent there from being another financial crisis at some point in the future. Financial crises have occurred fairly regularly throughout history, across a wide range of countries and institutional and regulatory frameworks. They are in some ways intrinsic to market finance, since a big part of what financial intermediation does is to finance long-term illiquid assets (commercial loans, home mortgages) with short-term debt claims: think bank deposits, or commercial paper. This inevitably creates some fragility.

That said, of course we should do everything we can to reduce the likelihood and severity of any future crisis. Some of the regulatory tools are relatively straightforward and have been implemented in the years since the crisis of 2008-09: higher capital requirements for banks, regular stress-testing, and the like. These are no doubt helpful, and indeed, if it were left completely up to me, I would have been somewhat more forceful on these dimensions.

But what makes modern finance so challenging to regulate is its extraordinary shape-shifting ability. If we tell banks that they have to hold a lot of capital against a particular type of loan, this increases the likelihood that the lending will take place outside of the regulated banking sector, and at the same time will ultimately be held by some kind of short-term player; this is sometimes referred to as “shadow banking.” For example, in recent years there has been a boom in so-called leveraged lending, with many of these risky loans winding up on the books of open-end bond funds and exchange-traded funds, where investors can withdraw their money on a moment’s notice. We don’t have any track record of such an arrangement going terribly bad in the past, but if history teaches us anything, it is not to draw too much comfort from statements like “this has never been a problem up until now.”

Given how difficult it is to implement airtight regulation that reaches across organizational and institutional boundaries, the natural question that arises is whether there are other ways to mitigate the emergence of overly exuberant credit booms like the one that we saw in the run-up to the 2008-09 crisis—since such booms have a habit of ending badly. My own view is that one should think about monetary policy with this caveat in mind. In particular, there are times when one might want to take into account the fact that aggressive monetary easing can promote a deterioration in credit quality and potentially increase fragility in the financial system. This view has been controversial, and is by no means widely accepted, but I think it deserves further thought and discussion.

Growthpolicy: One of your latest research papers (with Adi Sunderam), “The Fed, the Bond Market, and Gradualism in Monetary Policy,” argues that “it can be useful for policy makers to build a reputation for not caring too much about the bond market.” Speaking broadly, could you explain for our readers the complicated strategic interplay between monetary policy and the bond market?

Jeremy Stein: The essence of the problem is this: on the one hand, the Fed is often reluctant to take actions that spook the bond market.  For example, they may not want to make a policy announcement in the wake of an FOMC meeting that delivers a very “hawkish” surprise, i.e., one that causes bond yields to spike upwards sharply. On the other hand, the market knows this, and builds this logic into its estimates of what is going to happen in an FOMC meeting. So you can get the following sorts of odd self-fulfilling outcomes: say, for example, that market participants come to believe that the FOMC won’t take a particular action (e.g., raise rates by 25 basis points) at a given meeting unless the payroll number the Friday before the meeting shows that 200,000 or more new jobs have been created.  Initially, this may be a somewhat arbitrary belief. But now, suppose the jobs number comes in slightly low, say, 170,000. Anybody who is familiar with these numbers knows that there is no statistically meaningful difference between 200,000 and 170,000 in this context. But if the market treats them as different, and goes into the meeting strongly convinced that the Fed will not dare raise rates because of the miss on the jobs number, this can be a self-validating conjecture—for if they do, it will be seen as a very hawkish surprise, and this is exactly the kind of thing that Fed policymakers are loath to deliver.

The broader message is that by being very concerned with short-term market movements, the Fed can find itself stuck in an equilibrium where policy is overly influenced by whatever data items the market is most focused on at the moment—a somewhat less-than-ideal form of “data dependence.” During my time at the Fed, I was struck by the fact that much attention was given in FOMC meetings to surveys of market participants—surveys that essentially asked investors to tell us what they thought we were going to do at the meeting. This seems to invite exactly the kind of self-fulfilling behavior that is of concern, and if it were up to me, I would downplay such surveys in the policy-making process.

Growthpolicy: You recently published a paper on the implications of the U.S. dollar as the dominant global currency. One might argue this fact has given the U.S. unprecedented global hegemony over the clearing system and SWIFT, both of which undergird the architecture of international finance. Do you see the dominant place of the dollar changing against the backdrop of “America First” policy making?

Jeremy Stein: I doubt we will see any major changes in the short run. But this is not to suggest complacency. Quite the opposite. Indeed, the central message of this paper is that there are a variety of forces that push towards there only being a single dominant global currency at a point in time. Sharing the world stage on this dimension is not a stable outcome. So if change eventually does happen—if the U.S. ultimately does lose its dominant position—it is likely to be a quite radical change. This is essentially what happened to the pound sterling, the last dominant global currency, in the early part of the 20th century.

There is a great quote from Ernest Hemingway that is relevant here. In The Sun Also Rises, the character Mike Campbell is asked: “How did you go bankrupt?”  He replies: “Two ways. Gradually and then suddenly.”  In the current context, if America First and other policies are putting pressure on the dollar’s role, we are unlikely to see much in the way of visible signs of damage right away. But over time, if the damage accumulates, there is a risk of a sudden and relatively sharp shift away from the dollar.

Jeremy Stein: Unfortunately, there is not that much the Fed can do. The forces that give rise to income inequality are deep-rooted and structural, and can’t be easily addressed with the limited toolkit—essentially control over short-term interest rates—that the Fed has. Not that there are any easy solutions, but progress is going to have to come from elsewhere, likely including a combination of: (i) fiscal policies, including more progressive taxation; (ii) more support for quality education and job training; and (iii) a host of local-level initiatives that increase mobility and opportunity for young people—this is the kind of very important work that my colleagues Raj Chetty and Nathan Hendren and their team are focused on.

All that said, good monetary policy can help around the edges, or at least keep things from getting worse. We know that when unemployment spikes in a recession, the burden falls disproportionately heavily on people of modest means—so that inequality is further exacerbated. So anything the Fed does to smooth the business cycle and keep us close to full employment is obviously beneficial from an inequality perspective. And in the current environment, with inflation well in check even with very low levels of unemployment, the Fed’s patient approach, which allows the labor market to keep running hot and drawing more people back into the labor force, is also helpful. But none of this gets policymakers outside of the central bank off the hook—the problem is largely theirs to grapple with.