Joseph S. Nye, Jr. on the Geopolitical Impact of COVID-19, Morality and the U.S. Presidency, and Soft Power in Foreign Policy 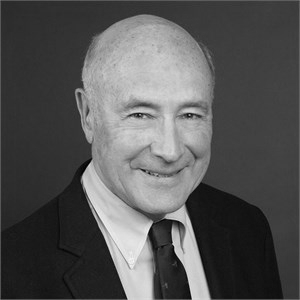 GrowthPolicy: In your latest book, Do Morals Matter? Presidents and Foreign Policy from FDR to Trump, you apply a three-dimensional test for assessing the morality of presidential decisions: intentions, means, and consequences. I’d like you to talk about two of these: means and consequences. President Trump is frequently lauded, among his supporters at least, for his emphasis on hard power and extolling an “America First” doctrine. What is your opinion on the use of hard power as a foreign-policy ideology versus soft power, a concept for which you are celebrated? And, if you are so inclined, would you share with our readers the origin story of this book, and how it came to be written? Why do you believe the topic of morality and the American Presidency is both prescient and timely?

Joseph Nye: Power is the ability to get the outcomes you want, and you can influence others’ behavior by coercion, payment, or attraction. The first two behaviors I call hard power and they remain crucial. Soft power is the ability to influence others by attraction rather than coercion or payment. It is not more important than hard power, but when skillfully combined with hard power it is a force multiplier.

I do not fault President Trump for his use of hard power or for saying “America First.” After all, elected officials are trustees for the interests of their peoples. In my book, I fault Trump for the narrow transactional way in which he defined our national interest, and his neglect of soft power which squandered important American assets. His administration cut budgets for soft power instruments, and international polls showed our soft power decreasing after 2017. I wrote the book because I felt that much analysis of international affairs and foreign policy assumed that national interests narrowly defined are all that matter, and I believed that moral issues matter as well. I show in the case studies of 14 presidents that if you take the narrow cynical view, you are going to get history wrong.

Looking forward, [President-Elect] Biden could take a cue from the post-1945 U.S. presidents whose successes I describe. The United States could launch a massive COVID-19 aid program—a medical version of the Marshall Plan. Instead of competing in propaganda, we could demonstrate the importance of power with, rather than over, others, and set up bilateral and multilateral frameworks to enhance cooperation. We could realize that recurrent waves of COVID-19 will affect poorer countries less able to cope and that such a developing-world reservoir will hurt everyone if it spills back northward in a seasonal resurgence. Both for self-interested and humanitarian reasons, the United States should lead the G-20 in generous contributions to a major new COVID-19 fund that is open to all countries. If Biden were to choose such cooperative and soft-power-enhancing policies, something good may yet come out of the pandemic—a geopolitical path to a better world.

GrowthPolicy: In what way(s) will COVID-19 reshape, or reposition, the United States’ place in the current world order over the next fifty years? Second: What would be your recommendations for adjusting and adapting U.S. foreign policy apropos of China given the long-term strategic impact of the pandemic on international relations?

Joseph Nye: I hesitate to predict fifty years into the future. As I used to tell analysts when I chaired the National Intelligence Council, there is no single future, and the longer the time horizon, the greater the number of confounding variables and possible futures. Even a year ago, we did not foresee the effect that a pandemic would have on the 2020 election; yet without it, Trump might have been re-elected. And even though we can predict another pandemic, we cannot predict its effects on world order. The Great Influenza of 1918-19 killed many more people than World War I, but the major political changes in the 1930s were caused by the war rather than the pandemic. But my guess today is that this current pandemic will not change the geopolitics of 2030.

In 2030, COVID-19 will look just as unpleasant as the Great Influenza looked from 1930, but with similar limited long-term geopolitical effects. Growing Chinese power, domestic populism and polarization in the West, and more authoritarian regimes worldwide already existed, and the pandemic may have somewhat accentuated these trends. While there is some setback to global supply chains in the name of security, some degree of economic globalization will persist, and environmental globalization exemplified by climate change and pandemics will increase.

There will be a growing political awareness of the importance of environmental globalization, underpinned by a grudging recognition that no country can solve such problems acting alone. We will see a “cooperative rivalry” where we have to learn about power with other countries as well as power over others.  The U.S. and China will manage to cooperate on pandemics and climate change, even as they compete on other issues such as navigation restrictions in the South or East China Sea. Friendship will be limited, but the rivalry can be managed. Some institutions will wither, and still others will be invented. The United States will remain the largest power, but without the degree of influence it had in the past.

GrowthPolicy: In an op-ed in the Washington Post in January 2016, you note: “Thanks to immigration, we are the only major developed country that will not suffer a demographic decline by midcentury; our dependence on energy imports is diminishing rather than increasing; we are at the forefront of the major technologies (bio, nano, information) that will shape this century; and our universities dominate the world league tables.” In the last four years, the current administration has all but decimated, or made unattractive, high-skilled legal immigration through a combination of ad hoc executive orders, rule changes, wage requirements, and impediments imposed on foreign students. How, in your opinion, will these policies affect, if at all, American exceptionalism over the next half-century?

Joseph Nye: When I once asked former Singaporean Prime Minister Lee Kuan Yew why he did not think China would surpass the United States as a global power anytime soon, one reason he cited was the United States’ ability to draw on the talents of the entire world and to recombine them in diversity and creativity. Given its ethnic Han nationalism, this kind of openness would be impossible for China. But if populism leads the United States to toss away its valuable cards of immigration, foreign students, alliances, international institutions, and openness, Lee could be wrong.

We are a nation of immigrants, and despite waves of reaction throughout our history, we will continue to be. Fortunately, recent public opinion polls show that this cycle of resistance to immigration and openness seems to have turned back in the favorable direction though the margins remain close.

GrowthPolicy: How should we promote economic growth?

Joseph Nye: More investment in infrastructure financed by a carbon tax, and more government support for R&D would be where I would start, but I also think we must do more about education. I would focus on helping community colleges.  I am intrigued by the suggestion of Isabel Sawhill at Brookings that we provide two years’ tuition to those who put in two years of national service, either military or civilian.