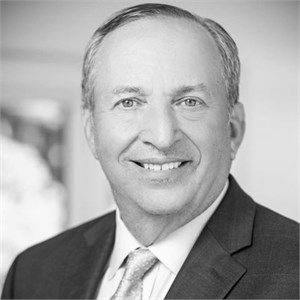 May 3, 2022, Interview: "Larry Summers is not known for being shy about his views on economic policy. Summers, a professor at Harvard University, is a former Secretary of the Treasury for President Clinton and Director of the National Economic Council for President Obama.  At a recent keynote, delivered at the Kellog Real Estate Conference and Venture Competition, he was characteristically frank, arguing forcefully that inflation in the U.S. is problematically high, and that the Fed waited far too long to act on inflation.  In Summers’s view, the Fed’s more recent attempts to achieve a “soft landing” by cooling the economy just enough to decrease inflation without sending it on a downward spiral are unlikely to succeed. “Unfortunately, history is not very kind to a soft landing,” he said, pointing to the fact that 70 percent of the time, tightening monetary policy is followed by a recession.  After delivering his keynote, he sat for a Q&A with Jan Eberly, a professor of finance and senior associate dean at Kellogg, and a former Chief Economist at the Treasury.