Maya Sen on Race in America, the U.S. Courts, and Income Inequality 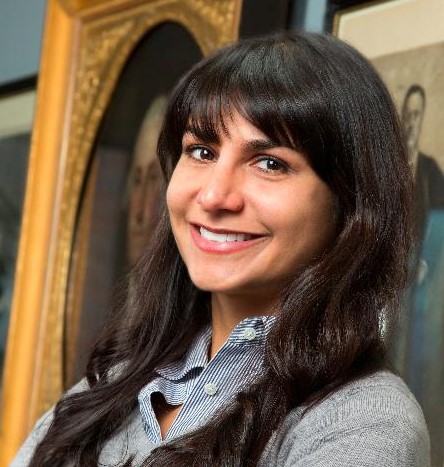 July 2020. GrowthPolicy’s Devjani Roy interviewed Maya Sen, Professor of Public Policy at Harvard Kennedy School, on race in America, the U.S. courts, and income inequality. | Click here for more interviews like this one.

GrowthPolicy: You have a new book on the way: The Judicial Tug of War: How Lawyers, Politicians, and Ideological Incentives Shape the American Judiciary (October 2020). For our readers who follow your career with interest, please tell us a bit about this book and any new insights we can hope to learn.

Maya Sen: The new book is about how non-partisan institutions become ensnared in partisan politics. As our context, we look at American courts, which have become a huge political prize in the last few decades. For example, when Justice Antonin Scalia died unexpectedly in 2016, Republicans went to great lengths to ensure that his seat on the Supreme Court would remain open until after the 2016 presidential election. The gamble paid off, of course, with President Trump’s election. But why would Republican politicians go to such lengths to keep a seat open if there was no such thing as “Obama judges or Trump judges, Bush judges or Clinton judges” (to quote Supreme Court Chief Justice John Roberts)?

The book answers these questions with a new framework for thinking about our nation’s courts, which we call the “judicial tug of war.” Basically, we think of institutions like the courts as a political prize that political elites and, in the case of the courts, legal elites are fighting over. As we show through extensive quantitative analyses, a greater ideological rift between politicians and legal elites will lead politicians to adopt measures that put ideology and politics front and center—for example, judicial elections. On the other hand, ideological closeness between politicians and the legal establishment will incentivize political elites to allow the legal profession to have a lot of sway over the selection of judges—for example, via merit commissions.

The judicial tug of war not only explains current political clashes over America’s courts but also powerfully predicts the composition of courts moving forward. It also has strong implications for other ostensibly non-partisan institutions, such as the military and state and federal regulatory agencies. Politics, we argue, are at the heart of power struggles over these institutions.

GrowthPolicy. You are celebrated for your research on race theory—for instance, your award-winning book, Deep Roots: How Slavery Still Shapes Southern Politics (2018). My question is apropos of your research paper “Race as a Bundle of Sticks” (2016) in which you propose that “race should be understood as a composite variable or ‘bundle of sticks,’” because “[c]onceptualizing race and ethnicity in constructivist terms allows race to be disaggregated into constitutive elements, some of which can be manipulated experimentally or changed through other types of interventions” (p. 500). I have two questions: In what ways have the recent protests against police brutality borne out, or complicated, the truth of your research findings? Second: In what ways can politicians and lawmakers translate your research into meaningful policy measures to combat systemic racism?

Maya Sen: The paper you reference is a theoretical paper about how scholars conceptualize race. As such, I think these questions are by far better suited for my book, Deep Roots, so I’ll answer them that way:

Our research in Deep Roots shows a clear link between the slaveholding history of the South and subsequent political developments in the places that were most reliant on slaveholding. Employing hundreds of original quantitative analyses, we show that Southern whites who live in areas where slavery was more prevalent are today more likely to be more conservative across issues pertaining to race and also more likely to identify as Republicans. In other words, slavery—the inhumane subjugation and exploitation of one racial group for the benefit of another—is a direct source of how whites have formulated their political beliefs and, by extension, their partisan views.

In terms of police brutality, our work is very much in support of work such as Michelle Alexander’s brilliant The New Jim Crow. In that book, Alexander convincingly lays out how the criminal punishment system in the modern period is a direct outgrowth of the Jim Crow era—in particular how whites during Jim Crow lynched and harassed Blacks in order to maintain white supremacy. Our work, which shows how whites’ conservative position-taking on race and race-related issues is a direct consequence of slaveholding prevalence, directly supports her argument. In fact, one of the things we see in our analysis is that the rate of lynchings during the key Jim Crow period is directly related to the slaveholding prevalence during the antebellum period. In other words, the system of white supremacy nurtured by slaveholding prevalence manifested in the Jim Crow era and then beyond, in the transition to the expansive carceral state that we see today. Brutality by some who claim to enforce “law and order” is a component of that historical development.

A different question is what can be done about this. My work is both pessimistic and optimistic on this question. First, the bad news: Our research shows that racial attitudes are passed on from generation to generation. People do change their minds, and social movements can be powerful. Even so, we can still detect the legacy of slavery and Jim Crow in whites’ attitudes across the American South—150 years after emancipation.

However, there is some good news: Even though people’s attitudes are hard to change, legislation and laws can go a long way in terms of changing people’s behavior. For example, our work and that of others show tremendous progress in advancing the status of Blacks/African Americans thanks to the Civil Rights Act of 1964 and the Voting Rights Act of 1965, not to mention the underlying work and relentless advocacy of those involved with the Civil Rights Movement. Today, Black voter turnout is high, and many educational gaps across the South have been substantially diminished. In sum, policy interventions can change people’s discriminatory behavior, even if they can’t change people’s minds.

One fruitful approach in thinking about systematic racism is to think about racially unequal outcomes and to address those forcefully and with cogent policy. Issues like police violence, inequalities in the criminal punishment system, discrimination in housing, and inequality in educational opportunities are issues that can be addressed via effective policy. Thanks to the efforts of people here at HKS and elsewhere, we know what works: we must implement it and enforce it.

GrowthPolicy. One of your areas of expertise is judicial decision making. In “Bias and Judging” (2019), you note: “Being a conservative or a liberal (or being appointed by a Republican or a Democrat) is highly predictive of decision making, and it is more predictive than personal demographics across a larger swath of issue areas—including criminal sentencing and civil rights” (p. 254). Recently, we heard that Senate Majority Leader Mitch McConnell is forcing through Senate confirmations of President Trump’s judicial nominees, irrespective of experience, to stack the courts by November 2020. Are you of the opinion that the U.S. judicial system is currently being remade for generations to come and if so, what must be done to de-bias our courts?

It’s important to explain why these judges are likely to define President Trump’s legacy. For conservatives, federal judges serve two key roles. The first is that they can bring home victories on conservative bread-and-butter issues such as abortion, religious freedoms, and free speech. The second is that federal judges provide a bulwark against future encroachments of a liberal administration or regulatory state. This is perhaps of less interest to the Republican voter base, but it is of great interest to other traditional Republican constituencies, such as trade groups, wealthy individuals, and businesses.

On the question of “de-biasing,” I don’t believe this is a useful way to think about the role of federal judges or the federal courts. The application of the law to a set of facts is not, and never has been, an objective enterprise; judges with different viewpoints and politics reasonably reach different conclusions when confronted with the same fact patterns and arguments. It should be no surprise that judges appointed by Republicans will reach conclusions that are more conservative, John Roberts’ wishful commentary notwithstanding.

That said, it might be the case that, when Trump concludes his Presidency, the federal courts will be overwhelmingly tilted toward very conservative judges, making the courts out of step with the American public as a whole. Because these are lifetime appointments, this is indeed a legacy that will have substantial policy ramifications. Democratic administrations combined with a favorable Senate might restore some ideological (or, frankly, partisan) balance via more liberal-leaning appointments, but that would largely depend on electoral trends that extend beyond the courts. The same is true for other institutional reforms being bandied about—including expanding the size of the federal courts (especially of the Supreme Court) or instituting term limits. Overall, the courts are fundamentally political institutions, one whose composition is shaped by broader political forces.

GrowthPolicy. What should we do about income inequality?

Maya Sen: Income inequality is a huge issue in the U.S., and how policy makers address it requires us to think deeply about its root causes. As a political scientist, I think a lot about why Americans tolerate more income inequality and greater wealth accumulation than other Western democracies. If we want to overcome income inequality, we must understand why poorer Americans support political leaders that oppose policies that will ameliorate such inequalities.

One reason, I think, has to do with long-standing and entrenched power structures within American society. For centuries, political power was concentrated within a certain economic class, composed nearly exclusively of wealthy white men. Over time, as my work and that of many, many others has documented and argued, the white political power mobilized to protect white wealth and dominance, to the exclusion of others. History is replete with examples where policy, legislation, and laws that would have greatly benefited whites with fewer resources were set aside because of their fear of lost relative socioeconomic and racial status.

When we think about income inequality and Americans’ tolerance of it, we must go back to these deeply entrenched attitudes. We must understand why many poorer American whites support political leaders who do not protect their economic interests. And we must understand what it is about the American racial and power hierarchy that creates and propagates these sorts of attitudes.

Fortunately, there is a lot of new, exciting research on these questions. Very interesting research from political science is exploring how micro-persuasion can change people’s attitudes; other research within political psychology is examining how people’s attitudes on inequality can change depending on their immediate environment. Still other work in political economy has tackled the more long-standing questions of how Americans’ attitudes on inequality have evolved and what role the desire to maintain a certain racial hierarchy plays in promoting these attitudes.