Meg Rithmire on Inequality, China, and Urbanization within the Chinese Economy 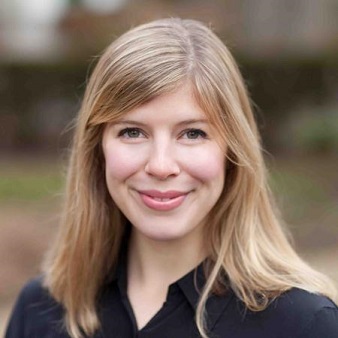 June 2018. GrowthPolicy’s Devjani Roy interviewed Meg Rithmire, the F. Warren McFarlan Associate Professor of Business of Administration at Harvard Business School, on inequality, China, and urbanization within the Chinese economy. | Click here for more interviews like this one.

GrowthPolicy: What should we do about economic inequality?

Meg Rithmire: In our discussions of policy options, we tend to neglect the politics that make policies possible or put them out of reach. One thing I would like to see in the U.S. is a more responsible discussion—on both ends of the ideological spectrum—of the costs and benefits of policies and programs. Let me be specific: the left constantly wants to discuss hardworking families, while the right likes to point to people who “abuse” redistributive benefits (narratives of the “deserving” versus “undeserving” poor). The result tends to be the idea that any policy that would depress “incentives” or is subject to abuse is unacceptable. A more responsible discussion would accept that structural inequality makes life incredibly unfair for large swaths of Americans, but also that redistributive policies have their own costs. I was frustrated in 2016 when, instead of acknowledging that trade has costs for many Americans and advocating both free trade and distributive policies to address concerns of those displaced by free trade, Hillary Clinton dispensed with her advocacy of the Trans-Pacific Partnership. Until our politicians are willing to talk more realistically and responsibly about inequality, fairness, and the role of the government, we are unlikely to agree on policies.

GrowthPolicy: In your latest book, Land Bargains and Chinese Capitalism: The Politics of Property Rights under Reform, one of your critical findings is that “land markets and property-rights practices have become less rather than more liberal over time” in the three cities you examine: Changchun, Dalian, and Harbin. What should Western democracies learn from the politics of property rights in China?

Meg Rithmire: In the West, we tend to think that China is somewhere along a path from state socialism / authoritarianism to market capitalism / democracy as the end point. Therefore, when we hear Chinese leaders talk about “reform,” we assume that means moving more toward a system like ours. This is a misreading of the Chinese experience. Since 1978, the goal has always been to preserve the Chinese Communist Party’s (CCP’s) monopoly on political power while changing the economy to generate growth. The intention has never been to move toward a Western-style capitalism (with no public ownership and a limited economic role for the state), much less a competitive political system. Reforms indeed change the role of the state, but do not necessarily attenuate the state’s role. Property rights and land markets are just one arena in which we’ve misread “reform” as a liberalizing process with an end in full privatization.

GrowthPolicy: In recent book chapter, “Will Urbanization Save the Chinese Economy or Destroy It?,” you note: “At the heart of these differing visions of the future of urban China is a fundamental economic contradiction: China over-invests in urban areas, yet China is also under-urbanized relative to other countries at its level of development and industrialization.” What can policy makers in the West learn from this and other economic contradictions in contemporary China?

Meg Rithmire: Most “contradictions” in the Chinese political economy—the one cited above, the fact that wages are rising despite 300 million people underemployed in agriculture, the persistence of land-related conflict in rural China despite Beijing’s apparent efforts to rein it in—are products of that country’s unique economic institutions. I mean specifically the institutions that control land, labor, and capital, the major factors of production. Land continues to be owned by the “state” in China; labor flows continue to be controlled by an internal passport system that assigns citizenship as either “rural” or “urban;” and the financial system continues to direct capital to the state-owned sector and discriminate against private enterprises. Basic knowledge of these institutions goes a long way to illuminate the ways in which the Chinese economy is different from other economies and explain the patterns that outsiders find puzzling.

GrowthPolicy: You are a noted expert on urbanization in modern China. You write, for instance, that “the Chinese Communist Party … sees [urbanization] and the creation of a large and secure middle class as critical to its shift from an investment and export-driven economy to one sustained by domestic demand.” For Western economies, what are the main takeaways from China’s urbanization experience?

Meg Rithmire: In terms of timing, China is trying to achieve a process of urbanization and structural change in one generation that took five to ten in North America and Western Europe. In form, China is not following the West’s path to urbanization but rather trying to avoid it. In most of the developed West, agrarian change pushed people off the land and into cities, creating an urban underclass whose labor fueled industrialization and whose demands for political incorporation precipitated political change, namely democratization. In much of the contemporary developing world, cities are infrastructurally, socially, politically, and economically overwhelmed by urbanization. The CCP sees informal housing, “slums,” informal economies, and needy urban groups as a threat to social and political stability. Instead, they hope to build the urban infrastructure (housing, transport, etc.) for urbanization of people before the people come. “Ghost cities” are sometimes manifestations of this hope. This strategy has costs, such as overinvestment in infrastructure, displacement of rural communities, and the concentration of poverty, but these costs are more tolerable to Chinese authorities than the alternatives.

GrowthPolicy: On the subject of China’s economy, Francis Fukuyama has recently noted: “Whatever China’s successes in economic growth and power over the past three decades, the current political system bears much vulnerability that will become more evident as the economic engine slows down. The question, then, is what is the best way forward in terms of political development?” Given that economic growth and politics are interconnected, what would be your answer(s) to the question Fukuyama raises here?

Meg Rithmire: I do not necessarily think that the CCP is politically vulnerable if growth slows in China, which it is and inevitably will slow further. For a long time, many have thought that the legitimacy of the CCP rests only on delivering high growth. I don’t know that this is the case. I think we assume we know what Chinese people think about their government and expect from their rulers, but we should instead think of this as an empirical question and ask them. We’ve learned a great deal from original survey work with Chinese citizens in the last decade or so (e.g. Marty Whyte’s Myth of the Social Volcano, which showed Chinese citizens as far more tolerant of inequality than many have assumed, and Wenfang Tang’s body of work on Chinese public opinion, which has generally showed a large sense of regime support even when numbers of social protests continue to grow). I personally am a believer in democracy, but I don’t think it is for me to prescribe a “best way forward” for the Chinese political system. I think Western policy makers and social scientists would learn more from interrogating how things actually work in China as it is rather than assuming a specific future is inevitable.