Michael Norton on income inequality, the “Ikea Effect,” and humblebragging 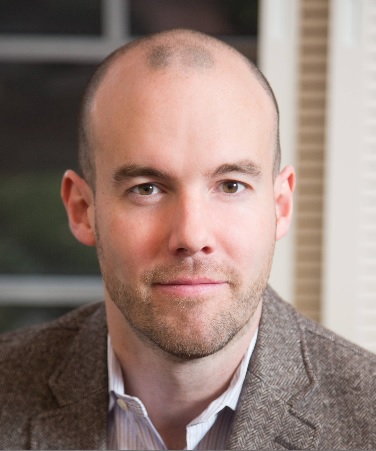 Michael Norton: Because income inequality has become so extreme in the United States over the past decades, it is clear that no single policy change is likely to reduce inequality very much at all. This is particularly true of wealth inequality, which is both more extreme and stickier over time. Of course, policy changes are essential, but in some of our recent research, Bhavya Mohan at the University of San Francisco and I have been exploring how consumers might play a role, for example, by devoting more of their purchases to firms with more equal CEO-to-worker pay ratios, and to firms with smaller gender gaps in pay.

GrowthPolicy: Your co-authored paper on the “Ikea Effect,” on how we place inflated, frequently erroneous, value on things we’ve created ourselves, is among the most cited in the behavioral decision literature. How has your thinking on the Ikea effect changed or evolved since the paper was first published in 2011?

Michael Norton: One of the things we have been working on lately is how people can use their money to buy themselves out of the tasks they hate the most, and how this is associated with greater happiness. Companies like TaskRabbit, which offer consumers the opportunity to hire people to complete such tasks, have been thriving—and one of their most common task requests is assembling product from IKEA. (So much so that IKEA actually acquired TaskRabbit.) At first these results seem to conflict with our paper on the IKEA effect, where we show that when people do engage in labor, they are happier with the products they make. So we are now thinking more about what the optimal mix of doing-it-yourself (and getting the benefits of the IKEA effect) and outsourcing tasks (so you free up time to spend with friends and family) is, on a daily, weekly, monthly, and yearly basis.

GrowthPolicy: Your co-authored paper on “humblebragging” — bragging masked by a complaint — is a fascinating exposé on self-promotion and impression management, something human beings have been doing in social life since the beginning of time. How have social networks changed the ways in which we practice self-promotion?

Michael Norton: Our research on humblebragging — with my colleagues Ovul Sezer who is now at UNC, and Francesco Gino here at HBS — actually grew out of observing it occurring with alarming frequency on social media, particularly on Twitter. We first thought it was mainly a celebrity practice, “Ugh my hands are so sore from signing so many autographs” but we quickly came to realize that humblebragging is ubiquitous across different social groups. Of course humans have always engaged in self-promotion, but it seems that social media has changed two things. First, self-promotion occurs much more often — it would be hard to self-promote all day in face-to-face meetings, but on social media it’s much easier to brag nonstop. Second, efforts at self-promotion now occur at scale, effortlessly — whereas it used to be difficult to brag to a large audience (you would have needed to shout in a meeting), we are now simply a click away from broadcasting our brags. We are starting to think more now about how these changes have widened people’s search for effective means of self-promotion, almost as though the frequency has led some people to become expert braggers.

GrowthPolicy: The breadth and complexity of your research interests is stunning, ranging from behavioral and experimental economics to social psychology. What is the next big research topic you are working on?

Michael Norton: I am not sure yet actually. We have been conducting research for a few years on the psychology of rituals — in domains ranging from grief to marriages to sports teams to dieting — which has been really educational for me. But, we are likely close to being done with this topic, so I am waiting to see what’s next.