Pol Antràs on Trade, Taxation, Solutions for Income Inequality, and the Future of Globalization 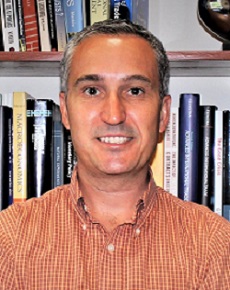 GrowthPolicy.org. In a recent paper, you note that “[d]espite the progressive nature of taxation, trade integration leads to an increase in inequality in the distribution of disposable income.” Can you tell our readers a bit more about the relationship between trade, taxation, and income inequality?

Pol Antràs: Two of the most salient phenomena in the world economy in recent years have been a rapid increase in the extent to which economies have become interconnected and a significant rise in income inequality in many countries. The extent to which these two phenomena are causally related has been the subject of intense academic debates, but it is by now a widely accepted view that trade integration has been a significant contributor to increased wage and income inequality in the U.S. and many other industrialized countries. In principle, the tax system could have worked to attenuate the inequality-inducing effects of trade liberalization. More specifically, the progressivity of the tax system works to compress the income distribution, but unless tax progressivity increases when an economy increases its exposure to international trade, the distribution of disposable income will also necessarily become more unequal with trade opening. In joint work with Alonso de Gortari of Dartmouth College and Oleg Itskhoki of Princeton, we document a very significant decline in the degree of tax progressivity in the United States over the period 1979-2007, precisely at a time in which increased trade integration and technological change were leading to a significant increase in “primitive” income inequality. The result of this decline in tax progressivity was a marked increase in the disposable income inequality in the U.S., which we relate to increased trade integration. We also note that part of this increase in inequality is due to the fact that sustaining high degrees of tax progressivity becomes more difficult in environments with higher trade openness.

GrowthPolicy.org. A recent McKinney Global Institute Paper notes that whereas the world has become more equal as developing economies have narrowed the gap with richer countries, within these advanced economies, economic outcomes have grown more unequal, especially inequalities of wealth and income. Might not these phenomena also be related to globalization?

Pol Antràs: One of the conclusions we draw in our joint paper with de Gortari and Itskhoki is that using the change in real income in a particular country to measure this country’s social welfare gains from international trade is likely to lead to an overestimation of these welfare gains. The reason for this is that we typically envision social welfare as being shaped by both the level of aggregate income but also by how this income is distributed in society. Other things equal, we typically envision more unequal societies as achieving lower levels of economic welfare, as the marginal utility of income is widely perceived to be higher for poor individuals than for rich ones. If trade integration increases inequality in all countries that embrace globalization, does that mean that the worldwide welfare gains from trade are lower than economists typically preach? Have we oversold the benefits from globalization? Interestingly, once one takes a globalist perspective, a very different conclusion arises. The reason for this is that trade integration increases within-country inequality, but instead reduces between-country inequality. It is hard to imagine that China or India would have grown as fast as they did (far outpacing the growth experienced in rich countries) had they not been open to international trade. More generally, to the extent that trade integration raises the relative growth of income in relatively poor countries, the world income distribution becomes more compressed in a world with globalization than in a world without it. In other words, the observed decline in inequality in the world income distribution can be partly ascribed to trade, and thus, on this account, if anything, we might have been underestimating the social welfare gains from globalization.

GrowthPolicy.org. Throughout your career, you have written on the subject of the international political economy. What is your opinion on the changing relationship between economic globalization and the rise of populist movements in Western-style liberal democracies? Are the days of rapid economic growth and hyper-globalization, namely, the characteristics of the post-World War II era, behind us?

Pol Antràs: I am not really an expert on international political economy, so anything I say on this matter is necessarily tentative and is not based on my own research or research I have studied in great detail. Having said this, it strikes me that the world economy might be at an important juncture. It is hard to witness the recent rise of nationalism and populism and not be reminded of the first few decades of the twentieth century, which of course led a period of marked economic isolationism and to some of the most violent conflicts in world history. This period was preceded by a wave of hyper-globalization (the often-called ‘first globalization’), so I’ve always have been skeptical of linear views of history which claim that globalization is here to stay. Whether the current tensions will escalate and put an end to the recent globalization phase is far less clear to me, but my sense is that this is a likely enough scenario to be taken into consideration. Perhaps a bit less dramatically, it is also clear to me that the recent increase in trade integration might have largely run its course. The spectacular growth in global value chains was largely fueled by the entry of China into the capitalist system, and the spectacular growth experienced by that country over the last thirty years. But this same Chinese growth has led to a convergence in factor costs that now makes the fragmentation of production across countries far less profitable than it was in the 1990s. There are of course still plenty of countries with low enough factor costs to attract multinational production, but none of these economies has the size and potential that China had in the 1990s. For this reason, even if geopolitical tensions were to dissipate, I wouldn’t necessary expect globalization to keep growing at the pace it has grown in the last few decades.

GrowthPolicy.org. In his 1930 essay, “Economic Possibilities for our Grandchildren,” J. M. Keynes predicted the connection between technology and unemployment, noting: “We are being afflicted with a new disease of which [we] will hear a great deal in the years to come—namely, technological unemployment. This means unemployment due to our discovery of means of economizing the use of labor outrunning the pace at which we can find new uses for labor. But this is only a temporary phase of maladjustment.” As we know now with the benefit of hindsight, this was not a “temporary phase.” From one eminent economist to another, how do you predict the rapid growth in artificial intelligence and automation/robots will affect the future of labor markets and job training in the next 100 years?

Pol Antràs: This question falls again a bit outside my own expertise, but I am perhaps a bit less pessimistic on this topic than other economists are. Automation is obviously replacing many jobs that used to be carried out by humans, but technological change also enhances economic growth, and this growth process generates new jobs. For instance, higher labor productivity typically increases the demand for leisure, and human beings are likely to remain key in the provision of services related to leisure. One often hears that “this time is different,” that automation is far more disruptive now than it was in the past. But I am frankly not convinced that this time is different. Surely, some of new technologies will be labor-replacing and prove to be disruptive for labor markets. But wasn’t the mechanization of farming incredibly disruptive too? If economies were able to manage their transition from agriculture to manufacturing in a fairly smooth manner, I don’t see why the same will not be true as economies transition out of manufacturing and out of services affected by automation. The main issue is that we do not have a crystal ball to peek into the feature, so we don’t know exactly where the new jobs will be coming from. This naturally creates uncertainty and anxiety. But it seems reasonable to me to expect that in fifty years, 25% of the U.S. population will be working on occupations that simply do not exist today.

GrowthPolicy.org. How should we promote economic growth?

Pol Antràs: This is a very broad question that would lend itself to a long and nuanced answer. But to keep it short, I believe it is important to distinguish between short, medium, and long-run growth factors. In the short-to-medium term, physical capital investments are likely to be the most powerful engines to generate growth. These can take the form of fiscally expansionary investments in infrastructure during recessions, which can generate pretty immediate effects on growth, to longer-term investments in capital equipment and structures. In the medium-to-long run, investments in human capital (early childhood education, primary and secondary schooling) have proven to be effective means to foster economic growth in economies that started from low levels of human capital. Even in rich countries, improvements in tertiary education are powerful means to prepare a country’s labor force for the challenges of the modern world economy. Finally, in the long run, it is well understood that growth is largely tied to innovation, so promoting factors that foster innovation is the key to success. Fostering innovation can be achieved by direct means, such as subsidizing R&D investments or basic science in universities, but I believe that more indirect means are equally important. In particular, trade openness and migration policies are key for the international diffusion of technology and for attracting talent into your own country. Much has been written about the negative effects of the recent trade disputes on the U.S. economy, but I am far more concerned about the impact of restrictive immigration policies for the future of the U.S. economy. If talented individuals stop migrating into the U.S., this will have a major impact on innovation in the U.S., which would clearly impact the dominant position of this country in the world economy.

GrowthPolicy.org. Where will the jobs of the future come from?

Pol Antràs: As I mentioned above, the bulk of new jobs will almost surely be in the service sector, and many of them might be related to leisure activities. But I honestly am not sure exactly what those jobs would be. If I knew I would put my money where my mouth is!

GrowthPolicy.org. What should we do about inequality?

Pol Antràs: Again, this is a very broad question, but a general (and somewhat tautological) answer is that it should be tackled in the most effective and least distortionary manner possible. I argued above that tax progressivity decreased markedly in the U.S. precisely when it would have likely been most useful, but there is only so much that can be achieved via tax progressivity without introducing significant distortions in the U.S. economy. Some economists have argued that investing in early childhood education is a more effective means to deal with inequality, as these investments appear to have large rates of return and they level the playing field for new generations. These policies as well as other policies that foster intergenerational mobility are likely to be the most powerful ones to reduce inequality in the medium-to-long run.