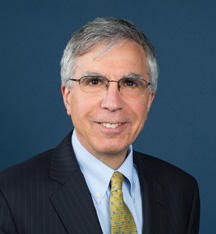 Growthpolicy.org. You were recently named to the Climate 100 List, as one of the world’s most-influential advocates of forward-thinking climate policy. You have spent your entire career both shaping policy through outreach and producing landmark scholarly research. From this unique vantage point, what would you say we are finally getting right about climate policy and advocacy? And what would you say we are still getting wrong?

Robert Stavins: As for what the world is getting right and climate policy and advocacy, I would say that the heightened attention the issue is receiving around the world is very significant.  More specifically, the approach taken in the Paris Agreement is a vast improvement, in my view, over the approach taken in the predecessor international climate agreement, the Kyoto Protocol.  I say this mainly because we have evolved from the situation with Kyoto, where 14% of global CO2 emissions were from countries taking on targets and timetables, to the Paris Agreement, were more than 97% of global emissions are covered. As for what we are still getting wrong, the greatest problems are in this country, the United States, where climate change has become an ideological debate between the right and the left, politically, rather than a scientific and economic issue that merits pragmatic attention and practical public policies.

Growthpolicy.org. In a recent paper, “Transitioning to Long-Run Effective and Efficient Climate Policies,” you write, “While political factors may make immediate adoption of GHG pricing at appropriate levels impractical, wise policy design can enable a smooth transition to such pricing over time.” What would you argue is the proper balance between socially optimal environmental concerns, business regulation, and the private sector’s larger goal of profit? Do you believe “wise policy design,” to use your term, can successfully strike, or find, such a balance?

Robert Stavins: Ultimately, public policies that maximize the present discounted value of future net benefits (benefits minus costs), in other words, efficient policies, are what are eventually needed, but because of the political barriers—particularly in the United States—less efficient, second-best policies have considerable merit.  So, rather than the ideal carbon tax and cap-and-trade system that uses revenues to cut distortionary taxes, there may well be a role for non-pricing policies, such as clean energy standards.

Growthpolicy.org. You wrote recently that “a set of public perceptions—at least some of which are inaccurate—are primary factors behind aversion to carbon taxes, including: the personal costs are too great; the policy is regressive; it could damage the economy; it will not discourage carbon-intensive behavior; and governments just want to increase their revenues.” Proposals for climate change policies have become a part of the ongoing conversation around the upcoming U.S. Presidential elections. In what ways can carbon-pricing policy instruments, whether in the form of carbon taxes, cap-and-trade mechanisms, or others, respond to voter concerns and the biases embedded in public perceptions?

Robert Stavins: Carbon-pricing policies, whether carbon taxes or carbon cap-and-trade, can be made more politically attractive by using the revenues for climate purposes or for equity purposes (such as lump-sum rebates to citizens), rather than for the economists’ favorite: cutting distortionary taxes (which could reduce the net social cost of the policy).

Growthpolicy.org. In November 2018, the fourth National Climate Assessment was released which projects, among other results, that were fossil fuel emissions permitted unchecked, the earth’s atmosphere would get warmer by eight degrees Fahrenheit by the end of the century, leading to, among other disastrous consequences, widespread crop failures and rising sea levels. In response, the EPA’s spokesperson argued such worst-case scenario projections will no longer be included in the National Climate Assessment or in any other scientific report produced by the government, stating: “The previous use of inaccurate modeling that focuses on worst-case emissions scenarios, that does not reflect real-world conditions, needs to be thoroughly re-examined and tested if such information is going to serve as the scientific foundation of nationwide decision making […].” Yet, a “scientific foundation” was, through most of the twentieth century, the bedrock of U.S. global competitiveness and success. Do you believe we’ve moved away from actual science to a politicization of science? As someone who works with both the policy and the economics of climate change, what do you suggest can be done to undo the cultural normalization of ignorance?

Robert Stavins: Part of the dramatic political polarization that’s taken place in the United States over the past 30 years is the reality, as I mentioned above, of climate change becoming a highly-charged ideological and political issue.  So, yes, the issue has become politicized in this country.  Given the forces that brought about greater political polarization over time, it is difficult for me to see the process being reversed.  Hence, what is probably needed is inspired political leadership from the executive and the legislative branches.  I won’t hold my breath.