Stephen Ansolabehere on the Elections, Partisan Politics, and Climate Change 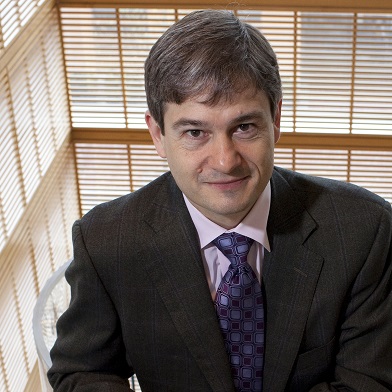 Links: Professor Ansolabehere’s faculty page | Publications | Cheap and Clean: How Americans Think about Energy in the Age of Global Warming (MIT Press, 2014) | The End of Inequality: One Person, One Vote and the Transformation of American Politics (W.W. Norton, 2008) | Digital Access to Scholarship at Harvard (D.A.S.H.)

GrowthPolicy. You are an expert on elections, such as in The End of Inequality (2008) in which you write about Baker v. Carr, the landmark Supreme Court case that established the right to equal representation in state legislatures for every American. Recently, the electoral process in the United States has become mired in litigation, allegations for and against absentee ballots, long voting lines, inadequate voting centers, and accusations of gerrymandering and purging of voter rolls. What, in your opinion, must be done today in the run up to November’s elections to ensure a fair and free electoral process?

Stephen Ansolabehere: I would not characterize the current situation as mired.  If anything, voting rights litigation over the past two decades, indeed since the 1960s, has allowed our society to completely redefine what our democracy means in order for its practice to be more in line with how we as a society understand basic values such as fairness, equality, and security.  Legislation and litigation are necessary to bring our rules for administering elections and other democratic institutions into line with our values and with the changing demography of the United States.  For example, when the Voting Rights Act was passed in 1965, Hispanics were less than 4 percent of the population, and questions of minority representation were framed as majority White versus minority Black.  We now have many communities and states in which no group is a majority of the population, and only through litigation have we been able to define clearly what the Voting Rights Act and Equal Protection mean for our society.

Changes in computing technology have also fundamentally altered the conduct of elections.  Before 2000, there were no statewide voter files.  All registration systems were maintained by towns and counties.  It was an uneven and often chaotic way to maintain a voter registration system.   To address the problems that surfaced during the 2000 election, Congress passed the Help America Vote Act, and over the past two decades that has been implemented, requiring the creation of statewide voter-registration systems, getting rid of punch card voting technologies, and implementing many other reforms.  Poll-books, which allow easier access to voter-registration systems at polling places, are the latest innovation that the states and counties have adopted in advance of the 2020 election.  Massachusetts, and several other states, have implemented automatic voter registration. Step-by-step, the nation is modernizing its election systems to take fuller advantage of advances in technology.  Most of that reform has happened because county and state election officials have taken the lead and implemented new technologies and administrative practices in ways that improve elections and protect the right to vote.  In some locations, though, it has required court cases to bring our election administration systems in line with best practices, and constitutional and legal principles.

COVID-19 has introduced a major challenge to our election administration systems.  Counties will likely have to consolidate their polling places because of shortages of poll-workers.  Most poll workers are older and more susceptible to COVID.  Throughout the late-spring and summer primaries, the county election offices struggled to recruit enough poll workers.  That will likely be an even bigger challenge in the Fall.  Voters are also shifting how they vote, opting to vote by mail rather than in precincts.  States like Arizona and Wisconsin saw spikes in mail voting this spring, and that trend will continue.  Most states have relaxed laws to make it easier to vote-by-mail. A handful of states (mostly in the Western United States) are entirely vote-by-mail. The biggest challenge this fall will likely be the absentee mail system in the United States. The Postal Service and local election offices must be prepared for a surge in mail ballots. This shift will also require patience on the part of the public and the media, as many of the states will not have completed their initial count of ballots by election night.

After the election, recounts are likely. Since the 2000 election, recounts have become more common in the United States. I think this owes in part to the rise in absentee voting. The trend toward the liberalization in absentee voting accelerated after the 2000 election.  Absentee ballots take longer to recount and there are many more questions about their acceptability, such as signature matches and questions of ballot security. I think it is unlikely that we will have legal battle over the presidential election, but most election years see a dispute over one or more U.S. House election results.

GrowthPolicy. As somebody who has contributed extensively to the academic literature on polarization, I’d like to ask you about the phenomenon political scientists call “affective polarization”—an emotional attachment to an in-group that frequently defies rational self-interest and is based on partisan animus and the notion of an ideological “other.” One might argue that the last four years have seen the acceleration of polarization in American politics, attaining its nadir in the mass protests and rioting of May-June 2020. Do you believe American society is getting more, or less, politically and economically polarized? And if so, what strategies might mitigate partisan discord in the political sphere?

Most of the polarization literature in the U.S. concerns Congress, rather than the public.  The historical context of polarization in Congress is essential for understanding the current rhetoric about this matter. The current Congress seems to have returned to levels of partisan sorting over roll call votes that are reminiscent of the 1930s and earlier.  My colleagues Jim Snyder, Charles Stewart, and I first observed that in a 2001 paper, as did Keith Poole, Nolan McCarthy, and Howard Rosenthal at about the same time.  The historical anomaly wasn’t the 1930s or 2000s or the 2010s, but the 1970s.  From the 1950s through the 1970s, polarization in Congress declined steadily, and after the mid-1970s began to increase, accelerating in the 1980s and 1990s, and leveling off in the 2000s. What happened is a subject of considerable academic debate, but it appears to be related to the transition of the Southern states’ congressional delegations out of the Democratic party and into the Republican party, what Matt Levendusky has called the big sort in American politics.

It is a stretch to say that the polarization in Congress is associated with the rioting and conflicts that we have seen the past two years. A historical perspective is hugely enlightening. The 1960s were a time of declining partisan polarization in the U.S. Congress, yet the nation during that decade erupted in race riots and anti-War protests and was rocked by multiple assassinations. The 1970s saw the rise of single-issue politics, more rioting, this time over bussing, and highly controversial legal decisions, such as Roe v. Wade.

Affective polarization, or really affective partisanship, is a somewhat different problem.   Affect is what you feel about the fact that you identify with a party, rather than whether you agree with one side or another on an issue. Based on the literature, it’s hard to determine whether affective polarization is increasing, because we don’t have a long history of survey data about the emotional reactions to partisanship.  Shanto Iyengar’s work indicates that there are strong affective responses to partisanship, so I think there is something here, but it is unclear what it explains (since it’s the response to partisanship as much as a factor that shapes partisanship) or whether it has changed.

GrowthPolicy. In your book, Cheap and Clean: How Americans Think about Energy in the Age of Global Warming (2014), you had argued that Americans are more pragmatic than ideological in their opinions about energy alternatives, more unified than divided about their main concerns. I have two questions: After nearly four years of the Trump administration in which climate-change initiatives have been systematically dismantled, how has your thinking on this subject changed? In what ways, if any, can political partisanship be eliminated, or at least mitigated, so we have effective climate and energy policies?

Stephen Ansolabehere: Cheap and Clean explores the views of the American public toward climate change, and environmental and energy choices, generally.  The research that went into that book emerged from a series of highly innovative collaborations among scientists, engineers, and social scientists at MIT concerning the future of energy in America and the world.  My colleagues and I have continued our study of public opinion about energy and the environment, and our work with the MIT Energy Initiative. Since Cheap and Clean came out in 2014, the American public has changed—it has become even more concerned about this issue.  All partisan groups have expressed increasing acceptance of the scientific facts about climate change; the number of people who deny that it is a problem has steadily dwindled.

It is certainly the case that the Trump administration has backtracked on many of the initiatives launched by the Obama administration, but state and local governments and companies have not reversed course. Pennsylvania and New Jersey recently joined RGGI. Texas and Iowa lead the U.S. in the development of wind. The shift to natural-gas-fired electricity has resulted in a substantial shrinkage of coal, and, if technological improvements with wind, solar, and other electricity-generating methods continue apace, they will eventually take the place of natural gas.

This transition, though, is very challenging economically, technologically, and socially. The most efficient policies for achieving reductions in carbon emissions, we found, are also the least popular. And, some of the more effective actions of the Obama administration led to localized political backlashes. Clean-power-plant rules left the carbon-intensive industrial areas in Pennsylvania, Ohio, and Michigan in a tough spot economically, and come 2016 the voters in the areas most affected let the Democratic party know it. The Trump administration was able to undo many of the policies of the Obama administration because the Obama rules were hard to sustain politically. The Obama administration chose healthcare reform over climate-change legislation in 2009, and instead implemented its climate policies through a series of administrative actions.  Because they were not statutes, they were easier to reverse.

A more politically sustainable pathway needs to be developed. We need environmental policies that are more attuned to the effect that they may have on local communities and the social and political backlash that may result. That is the current effort of the Roosevelt Project, led by Ernie Moniz at MIT, as well as other efforts.

GrowthPolicy. How should we promote economic growth?

Stephen Ansolabehere: Invest in technological development, and community colleges and technical colleges. The economist Robert Solow famously observed that technological change and advancement is the engine of economic growth.  Investment in science and engineering pays off, as the economic expansions around research universities in the United States over the past four decades attest.  But that growth can also create inequality if it leaves behind large swaths of the workforce.  We must prepare not just those who have gotten into four-year colleges, but also those who have chosen to follow a different path.  We must train not only computer scientists and mechanical engineers but also computer technicians and machinists and others who will be needed to make new energy systems, new communications systems, and a new economy run efficiently.

Alex Keyssar on the Future of U.S. Elections