The Water-Energy-Food Nexus in India: Indirect management of groundwater through electricity sector reforms 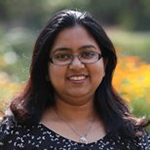 The Water-Energy-Food Nexus in India: Indirect management of groundwater through electricity sector reforms

The agriculture, groundwater and electricity sectors in India are bound in an unsustainable nexus of mutual interdependence. Growth in the agriculture sector is often reliant on unsustainable practices in the groundwater and electricity sectors. Likewise, policies and practices in one sector affect outcomes in all three sectors. This mutual interdependence is referred to as the water-energy-food nexus (WEF). The institutions undergirding India’s WEF nexus were shaped by the imperative to make India food secure at a time when hunger and starvation seemed imminent. While the Green Revolution led to an expansion in India’s food production, the de-metering of the agricultural electricity supply in late 1970s–early 1980s led to a WEF nexus that has become untenable in India today.

While many accounts of India’s rapid groundwater decline do not differentiate across contexts, Dr. Mukherji’s work shows that there is wide variation across states in the functioning and outcomes of the WEF nexus, which has led to distinctly different outcomes in terms of their sustainability today. In this talk, through three state-level case studies, she demonstrates that variation in outcomes in the WEF nexus is caused not only by the physical characteristics of groundwater endowments and rainfall-recharge in each state, but also by variation in both institutional policies and in political exigencies between states. It follows that policies to improve the sustainability of the WEF nexus must take into account this inter-state variation.

Dr. Mukherji is the first ever recipient of the Borlaug Field Award (2012), which recognizes “exceptional, science-based achievement in international agriculture and food production by an individual under the age of 40 who has clearly emulated the same intellectual courage, stamina and determination in the fight to eliminate global hunger and poverty as was demonstrated by Dr. Norman Borlaug as a young scientist.” The award is endowed by the Rockefeller Foundation and given by the World Food Prize Foundation, USA.

She currently leads the Water and Air Theme at the International Centre for Integrated Mountain Development (ICIMOD) in Nepal. She has over 18 years of experience working on policies and institutions of water resources management with a special focus on water-energy-food nexus. She has published over 50 peer reviewed papers. Dr. Mukherji has served as a Permanent Consultative Committee member of GEF-FAO’s Groundwater Governance project hosted by FAO at Rome. She is currently a part of the 6th Assessment Report team of the Intergovernmental Panel on Climate Change (IPCC) and will contribute as Coordinating Lead Author (CLA) for the Water Chapter in the Working Group II. Aditi is a human geographer by training and has a PhD from Cambridge University, United Kingdom where she was a Gates Cambridge Scholar.