This in-person event is open to anyone with a Harvard ID.

Over the past two decades, China has risen to prominence as a global economic powerhouse. The WTO entry in 2001 has spurred China’s rapid trade integration and resulted in a sea change in global supply chains. Despite its economic success and close trade ties with the rest of the world, China’s financial integration is much more limited, reflecting capital account restrictions. In this context, the global use of China’s currency, the Renminbi, is minimal. This study group will discuss recent RMB internationalization developments and their implications for the international monetary system. 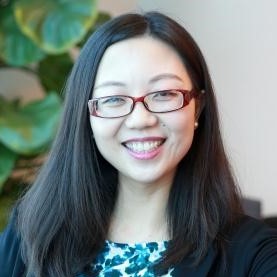 Longmei Zhang is a senior economist at the International Monetary Fund and served as the Citi Visiting Chair in International Finance at Schwarzman College, Tsinghua University, before joining M-RCBG. From 2017 to 2020, she served as the IMF Deputy Resident Representative for China. In this capacity, she provides policy advice, co-leads the analytical work of the IMF Beijing office, and engages with academia and think tanks. Before that, she worked in the IMF Asia and Pacific Department based in Washington, D.C., focusing on macroeconomic forecasting, broader China rebalancing, and issues on high savings. She has also worked extensively on regional issues in the Asia Pacific and was engaged in IMF program negotiations and reviews in Romania. Longmei has published research in a wide range of areas, including long-term growth/middle-income trap, macroprudential policies, corporate leverage, capital flows and asset prices, digital economy, and fintech. She also co-edited the book “The Future of China’s Bond market,” which provides a comprehensive analysis of various segments in China’s bond market and reform needed. She was named a Young Global Leader of the World Economic Forum in 2019 and is a member of the Global Future Council on China. She holds a Ph.D. in Economics from Goethe University Frankfurt, a master’s degree in international relations from the University of Konstanz, and a bachelor’s degree in business administration from Shanghai Jiaotong University. As an M-RCBG Senior Fellow, her research will focus on how China’s increasing financial integration and the rise of the Renminbi will reshape the international financial architecture and implications for policy makers. Her faculty sponsor is Jeffrey Frankel, James W. Harpel Professor of Capital Formation and Growth at Harvard Kennedy School. Email: longmei_zhang@hks.harvard.edu