Ajmal Ahmady: Afghanistan--What Happened & How to Engage the Taliban

*Pre-registration is required to attend these study groups; current restrictions allow only those with an HUID to do so. Use the registration link in each session's description below.

Overview
The recent collapse of the Afghan Government was witnessed by a global audience as the U.S. and NATO forces evacuated their citizens and affiliated Afghan staff from the country.  The emergence of the Taliban likewise raises a number of important questions.  What were the forces that caused the rapid downfall of the Afghan government and the rise of the Taliban?

In this study group, we will take a look at such broad questions.  We will also evaluate the economic situation in Afghanistan and consider different mechanisms to deal with the Taliban moving forward.  The key conceptual questions include:

M-RCBG senior fellow Ajmal Ahmady, former Central Bank Governor of Afghanistan, invites participants to a series of five sessions to review what went wrong in Afghanistan and analyze how to engage with the Taliban regime.   Sessions will be held weekly at 4pm, beginning on October 13th.

Session 1: Economic Management in a Crisis Environment
This study group session will focus on my personal experiences as economic advisor, Minister of Industry and Commerce, and Central Bank Governor.  We will review the political and economic dynamics and challenges that Afghanistan faced, from my vantage point.  Will be of interest to those who would like to learn about the episode from someone with a personal perspective or those interested in economic issues in a less-developed country.  Session 1 registration.

Session 2: Internal Dynamics in Afghanistan
This study group session will examine the internal dynamics that contributed to state collapse.  This will include a review of political dynamics, management and leadership issues, military capabilities, and contribution of corruption.  Will be of interest to those who would like to learn about internal dynamics of Afghanistan. Session 2 registration. (Required.)

Session 4: Impact on women and minorities of Taliban regime
This study group session will examine the impact of the return of the Taliban to women and minority groups.  I hope to invite guest speakers so that guests can hear from a variety of perspectives.  We will consider how will the rights of such groups could be protected under a Taliban regime. Will be of interest to those who are interested in women and minority rights in Afghanistan. Session 4 registration. (Required.)

Session 5: Frameworks for engaging with the Taliban
Now that the Taliban has re-established the Islamic Emirate, how should the international community engage with the Taliban?  What should be the key factors that we consider when determining such engagement?  This will include an analysis of potential economic and military engagements. Will be of interest to those who are interested in sanction issues and regional economic issues. Session 5 registration. (Required.)

Note that space is limited and registration does not guarantee seating, but we hope to accommodate all who are interested in attending. If your plans change after registering, please edit your registration or contact susan_gill@hks.harvard.edu. 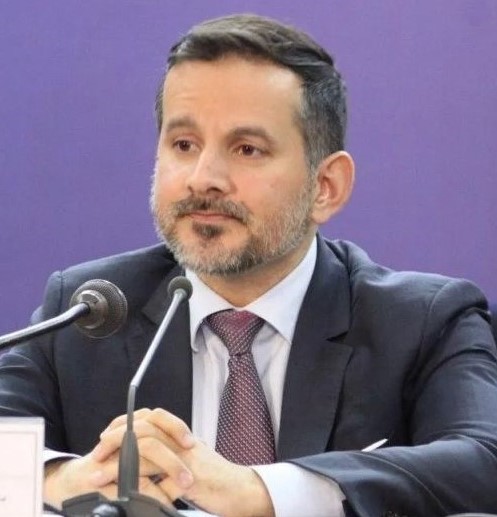 Ajmal Ahmady is the former Afghan Central Bank Governor, Minister of Industry and Commerce, and Senior Economic Advisor to the President of Afghanistan.  During the past eight years, he played a key role in the economic affairs of the country.   As Central Bank Governor, he was responsible for the formulation and implementation of monetary policy, financial sector supervision, financial intelligence, and payment systems.  During his tenure, he was able to maintain macroeconomic stability, reform the financial supervisory framework, and introduce mobile money and electronic payment systems. As Minister of Industry and Commerce, he was able to increase exports and boost the industrial sector.  And as Senior Economic Advisor to the President of Afghanistan, he began an air corridor program that increased exports by more than $100 million per year, passed reforms that made Afghanistan the top-ranked World Bank Doing Business reformer in 2018, and helped draft numerous laws in the mineral, hydrocarbons, municipal, and other sectors. Prior to his work in the Afghan Government, he worked in a variety of positions in the asset management industry, including Fortress Investment Group, Acadian Asset Management, and T. Rowe Price.  He invested in emerging markets across multiple asset classes - including fixed income, rates, currencies, equities, and commodities.  He also briefly worked for a number of technology startup companies, including Earnest and Marketo, both of which were acquired.  Prior to graduate school, he worked in economic development at the World Bank, Afghan Ministry of Finance, U.S. Treasury, and Booz Allen Hamilton.  He received his MBA from Harvard Business School, an MPA/ID from the Harvard Kennedy School, and a B.S. in Mathematics/Economics with minors in Philosophy and Computer Science from U.C.L.A.   He has written for the Financial Times, Harvard Business Review, and been featured in CNN, New York Times, Bloomberg, and multiple other international publications. While an M-RCBG Senior Fellow at Harvard Kennedy School, Ajmal will work on identifying optimal central bank management practices in developing economies.  His faculty advisor is Karen Dynan, Professor of the Practice of Economics in the Faculty of Arts and Sciences at Harvard University. Email: aahmady@hks.harvard.edu