Europe and the Geopolitics of Energy (Fall 2015)

Europe and the Geopolitics of Energy (Fall 2015)

European perspectives on the global energy landscape are colored by elements such as the Ukrainian crisis, security-of-energy-supply, instabilities in the Middle East, volatile oil prices, and the U.S. shale oil and gas revolution. Liquefied natural gas (LNG) is about to become a game changer for incumbent major European natural gas suppliers Russia, Norway and Algeria. Cheaper and more flexible supplies challenge costly Arctic petroleum developments as well as the potential for piped gas from Central Asia and the Middle East. These forces are, together with more renewable sources and improved energy efficiency, causing European geopolitics of energy to change more rapidly than ever before.

Especially important in the European context is the politicized relationship between EU and Russia. The 2014 Ukraine Crisis and accompanying gas crisis was a reminder to the EU of its energy dependence on Russia. The Russian annexation of Crimea sparked a revival of energy-security concerns in the Central and Eastern European countries (CEEC). The East-West tensions of the Cold War were to some extent revived. However, NATO and EU borders have moved eastwards and all CEEC and some former Soviet republics are members of both the EU and NATO. At the same time, Russia attempts to profit from combining economic and geopolitical goals, as in Soviet times. While the EU largely in this context is an intergovernmental system of economic regulation, Russia is in the end dominated by a strong and interventionist government. The two systems have opposing interests in who shall benefit from energy trade and opposing views how policy should be designed and work.

SEPTEMBER 16, 4pm-5:30 pm
Title: Europe, the Geopolitics of Energy, and the Energy Union
Speaker: Ole Gunnar Austvik
This meeting will be devoted to central elements of the position of Europe in the geopolitics of energy. A draft paper focusing on EU’s proposed Energy Union and Security-of-Gas-Supply strategies will be presented. The paper contrasts and discusses the proposals for an Energy Union in the EU and its impact on Europe’s dependence on Russian gas. Based on an examination of historical East-West gas trade and by revisiting energy security concepts, the session will discuss how problems with dependency on energy imports can be reduced. Those interested may request the draft from ole_austvik@hks.harvard.edu beforehand.
Location: CBG Conference Room Belfer-503

OCTOBER 20, 4pm-5:30 pm
Title: Ukraine’s Energy Policy After Euromaidan and Implications for Europe
Guest Speaker: Nadiya Kravets, Postdoctoral Fellow, Harvard Ukrainian Research instate and the Davis Center for Russian and Eurasian Studies
For decades Ukraine’s turbulent energy relations with Russia have been at the center of European energy security concerns. Ukraine’s corrupt and monopolized energy sector, coupled with Moscow’s political ambitions in the region, stood at the center of re-occurring gas supply and transit disputes. Following the Euromaidan Revolution of 2014 and the ensuing Russian intervention, the Ukrainian elites have set out an ambitious energy sector reform that aims to transform domestic energy market and trade relations with Russian and European energy companies. Dr. Kravets will discuss steps that the government of Ukraine has taken to deal with the problems in its energy trade and transit, and the effects that these policies will likely have on energy trade and security in Europe.
Location: Allison dining Room Taubman-520

NOVEMBER 20, 2pm-3:30 pm (note change of time)
Title: Russia’s Energy Export: Business or politics?
Guest Speaker: Mikhail Krutikhin, Editor and Partner RusEnergy, Moscow, Russia. Former TASS correspondent.
Russian oil production and exports are expected to decrease within a few years due to depletion of commercially recoverable reserves. In an attempt to maintain its gas export potential, how flexible will Gazprom be in contracts and compliance with business regulations of the EU? Will low energy prices, piled upon international sanctions against Russia, make its oil and gas industry a game changer in the country’s international policy rather than a tool for promoting interests of Moscow abroad? What are the roles of oligarchs and corruption in the Russian oil industry?
Location: CBG Conference Room Belfer-503

NOVEMBER 24, 1:10 pm-2:30 pm
Title: The Geo-economics of Arctic oil and gas
Guest speaker: Dag Harald Claes, Head of Institute of Political Science at the University of Oslo (Slides from Professor Claes' presentation)
The seabed under the Arctic Ocean is expected to contain one of the world’s largest oil and gas reserves. The United States, together with Russia, Norway, Denmark and Canada, borders it, but each country is limited to a 200 nautical miles economic zone around their coast. As a major reserve base of both global and European importance, the Arctic Ocean is outside the control of any state – a no-man’s land. Professor Claes will discuss the resource potential for oil and gas in the Arctic, the ongoing process of determining sovereignty over the continental shelf, and commercial issues related to the Arctic resources.
Location: CBG Conference Room Belfer-503

NOVEMBER 30, 4pm-5:30 pm - THIS SESSION HAS BEEN CANCELLED
Title: Azerbaijan Gas in new market and geopolitical environments
Speaker: Gulmira Rzayeva, senior research fellow at the Center for Strategic Studies (CSS) under the President of the Republic of Azerbaijan and Research Associate at the Oxford Institute for Energy Studies (OIES), Oxford University

Ole Gunnar Austvik
Ole Gunnar Austvik is professor at BI Norwegian Business School and the Norwegian Institute of International Affairs (NUPI). He is on leave from and adjuncted lecturer at Lillehammer University College (HiL) where he for many years was professor and provost/head of research. He has previously also worked with Statistics Norway (SSB). Austvik holds a doctorate in political science and a master in economics (cand.oecon) from University of Oslo. He also holds an MPA from Harvard Kennedy School. He has written numerous articles and books on international economics and political economy, the interaction between national and international policy making, business and government relationships, the European Union, oil and natural gas markets, the geopolitics of oil and gas, petroleum economics, energy security, Norwegian oil and gas policy, innovation, and political entrepreneurship. As a senior fellow, he will explore the fields of international political economy, energy economics, and European integration. His faculty sponsor is William Hogan, Raymond Plank Professor of Global Energy Policy and Harvard Electricity Policy Group (HEPG) Research Director. Web: www.oga.no. Email: ole_austvik@hks.harvard.edu 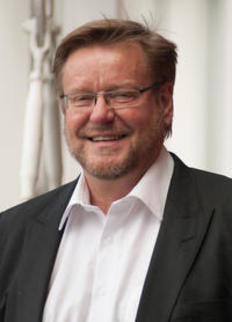