Beyond Obamacare: New Lessons from Massachusetts in a Federalist Tradition

Beyond Obamacare: New Lessons from Massachusetts in a Federalist Tradition

In 2012, MA became the first state in the country to try by law to limit overall healthcare spending by providers and insurers in the private commercial market.  Under the newly created Health Policy Commission, the success or failure of this unprecedented law will be determined.   The study group will learn about its goals, powers, legal authority, independence, and recent actions, such as the significant role the Health Policy Commission played in exposing flaws in the now rejected Partners Healthcare System mergers.  The group will discuss whether or not such far ranging interference in the free market is sound public policy.

The first session will be held on Monday, February 23, 11:45am-1:00pm, in Littaeur L-130 (Bolton). (Note new location.) Please see the description for that session below.  In subsequent sessions, the study group will continue to explore beyond Obamacare, and focus on what Massachusetts is doing to protect consumers from exposure to performance and financial risks associated with alternate payment systems that rely on global budgets for patient care.  While Obamacare is central to health insurance reform, the challenge of reducing costs while not denying access or treatment remains a serious issue and is the subject of a national conversation.  Learn what Massachusetts is doing to avoid a repeat of failed capitation experiments from the 1980’s while stimulating innovative payment systems that promise quality care at lower costs.  Will it work?

Monday, February 23, 11:45am-1:00pm, Littauer L-130 (Bolton)
Beyond Obamacare:  Massachusetts takes bold action to rein in healthcare costs. Will it work? Or is it too much meddling in market forces?
Lunch will be provided
Guest: David Seltz, Executive Director of the Massachusetts Health Policy Commission

David Seltz is the first Executive Director of the Massachusetts Health Policy Commission, which aims to modernize health care payment and delivery models to establish a more accountable, affordable system. Prior to this role, Mr. Seltz was the chief health care advisor for Senate President Therese Murray and served as the Special Advisor on health care for Governor Deval Patrick (MA). Through these positions, Mr. Seltz advised the passage of Chapter 58 of the Acts of 2006 and Chapter 224 of the Acts of 2012. Mr. Seltz is a 2003 graduate of Boston College and originally from Minnesota.

Tuesday, March 31, 11:45am-1:00pm, Malkin Penthouse, Littauer 4th Floor
Reflections on and Future Plans for Beyond Obamacare
Guest:  The Honorable Martha Coakley, Massachusetts Attorney General (2007-15) and IOP fellow
This will be a roundtable discussion with Ms. Anthony and The Honorable Martha Coakley, who as Attorney General did groundbreaking work on the relationship between health care quality and price in the Massachusetts market and whose office was involved in the formation and work of the MA Health Policy Commission.

Barbara Anthony has served as Massachusetts Undersecretary of the Office of Consumer Affairs and Business Regulation (OCABR) since May 2009. She oversees five state agencies: Banking, Insurance, Professional Licensure, Telecommunications and Cable, and the Division of Standards. Anthony, with a background in law and economics, is one of the state’s best known consumer advocates and is a highly respected public interest lawyer and policy maker. She has championed numerous initiatives that seek to empower Massachusetts consumers and to create a regulatory climate that promotes a fair and competitive playing field for the business community. Among her accomplishments, Anthony oversaw the implementation of the state’s Data Security Law, worked closely with the Division of Insurance to keep health insurance rate increases under control, helped implement the state’s 2012 Health Care Cost Containment Law, oversaw efforts to reform the mortgage foreclosure process, and is currently spearheading a campaign to empower Massachusetts healthcare consumers through price and quality transparency. Anthony came to OCABR from Health Law Advocates, where she was Executive Director of the Boston-based non-profit law firm dedicated exclusively to health care access. Previously, from 1999 to 2007, Anthony was Regional Director of the Northeast Regional Office of the Federal Trade Commission, located in New York City, where she directed consumer and competition advocacy and law enforcement efforts. Anthony was particularly active in the areas of privacy and data security, financial services, Internet fraud, and other unfair and deceptive trade practices. Earlier, she served as Chief of the Public Protection Bureau in the Massachusetts Attorney General’s Office and Vice President and Chief Compliance Officer for BayBanks, Inc., where she created and managed consumer law bank compliance systems. Anthony began her public service career as a Trial Attorney in the Antitrust Division of the U.S. Department of Justice in Washington, D.C. She is a graduate of Suffolk University Law School, where she currently serves as an Adjunct Professor of Law. As a senior fellow, Anthony will research and analyze implementation of a key mandate of the Affordable Care Act (ACA), the online insurance marketplace or exchange, by Massachusetts state government. Her faculty sponsor is Joseph Newhouse, John D. MacArthur Professor of Health Policy and Management. 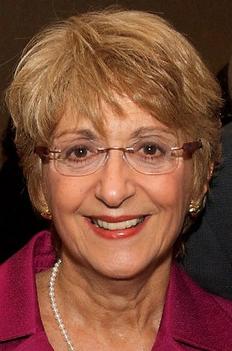