Coaching: A Platform for Excellence (Spring 2014)

Coaching: A Platform for Excellence (Spring 2014)

Richard Balzer invites members of the HKS community to a series of four sessions to study coaching in depth as an intervention to enhance personal awareness and professional growth. We will explore different approaches to coaching in sports, entertainment, and business; consider the effectiveness and limitations of coaching; and practice coaching techniques.
We will discuss coaching as a remedial management intervention as well as a lever to enhance performance/potential. During the study group we will practice giving and receiving feedback, peer coaching, and consider mentoring as a coaching intervention.

Interested students should email Richard Balzer at balzerstudygroup@gmail.com to join the group.

Richard J. Balzerhas worked globally as an organizational consultant focused on leadership, strategy, and organizational change for over thirty years. He has served as a coach and advisor to chief executives and board chairmen. His clients have included British Petroleum, Standard Chartered Bank, Goldman Sachs, NBC, and the NBA. Balzer has also worked with a number of unions including the United Auto Workers, the United Steelworkers, the International Machinist Union, and the Harvard Union of Clerical and Technical Workers promoting joint labor-management efforts. A writer and photographer, he is the author of five books including Clockwork: Life In and Outside An American Factory, Next Door Down the Road and Around the Corner, and China Day By Day. He currently serves as the chairman of the Petra Foundation, an independent organization that identifies and awards grants to community-based leaders who work to address human rights and social justice issues throughout the United States. He is a graduate of Cornell University and Yale Law School. As a senior fellow, he is exploring the leadership skills required to steward major multi-nationals. His faculty sponsor is Max Bazerman, Jesse Isidor Straus Professor of Business Administration. 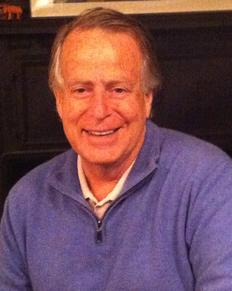