Policy Responses to the Global Financial Crisis: A Discussion (Spring 2016)

Policy Responses to the Global Financial Crisis: A Discussion (Spring 2016)

Discussion and debate about policy responses to the Global Financial Crisis are often driven by concerns of fairness, safeguarding taxpayer funds, punishing bad behavior or similar concerns that appeal to voters' sense of equity and justice.  Less prominent in these discussions are insights from the economic literature about the factors contributing to the crisis and what steps are likely to address those contributing factors.

This session will include discussion and debate on several key points in the current political debate on regulation of banks and other financial institutions, especially those points that surface in the current electoral debates.  These issues include Too Big to Fail, the Glass-Steagall separation of commercial and investment banking, Dodd-Frank Act restrictions on central bank intervention, the ban on proprietary trading and SIFI designations as an approach to monitoring the non-bank "shadow" financial sector.  The focus will be on insights from the economic literature, but all perspectives are welcome.  Vigorous (constructive) debate will be encouraged and very welcome!

Speakers: Ray Fisher and Jo Ann Barefoot
Financial consumer protection has steadily improved over the past four centuries but remains inadequate.  Consumers are still often confused by financial products and don't really understand the alternatives at their disposal.  Banks and other financial institutions find compliance very expensive and frequently face claims of fraud or misconduct that are expensive to settle.   We will be discussing a proposal to simplify consumer financial protection, incentivizing banks and other financial institutions to improve the clarity of their contracts and their disclosures while reducing compliance costs.  We look forward to feedback and input.

Raymond Fisher
Ray Fisher recently received his MPA from Harvard Kennedy School and was previously a finance lawyer for 23 years, specializing in securities law.  His research focus at M-RCBG will be the regulation of non-bank financial institutions. Fisher graduated from Harvard College in 1985.  He spent a year in Cairo, Egypt as a Presidential Intern at the American University of Cairo before enrolling at New York University School of Law.  He received his JD from NYU in 1990 and his MA in politics from NYU in 1991.  His 2015 MPA from HKS was essentially a master’s degree in economics, with substantial work in macroeconomics, microeconomics, statistical analysis and financial regulation.  His legal career encompassed transactions for companies in North and South America, Europe, the Middle East, India and East Asia, representing both companies that were raising funds and the banks who were arranging the transactions.  He was a partner at three multinational law firms with considerable finance expertise:  Milbank Tweed in New York (focusing especially on Latin America), Linklaters in Frankfurt, New York and São Paulo and Ashurst in London.  His legal career gave him considerable exposure to financial regulation in a variety of jurisdictions, including the United States, the United Kingdom, numerous other European countries (especially Germany and Spain) and Latin America (especially Brazil).  Non-bank financial institutions account for the majority of assets in our financial system.  During his time as a senior fellow, Fisher will explore approaches to regulation of these institutions that promote efficiency and are minimally intrusive while enhancing economic stability and consumer protection. His faculty advisor is Robert Glauber, Adjunct Lecturer of Public Policy.  Email:ray_fisher@hks.harvard.edu 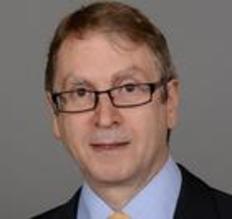