Amid the biggest economic transformation in a century, the challenge of our time is to make sure that all Americans benefit from the wave of digital revolutions around the world that have permeated and upended modern life. Yet today’s economic arguments seem stuck. We need a new vision of a hopeful future and a new action agenda.

We have been here before. A hundred years ago, America experienced the greatest economic transformation and technological revolution in its history. The transformation of the past 20 years— as the world has moved through the information era into the digital age— has turned our life and work upside down once again. It is a time of tremendous change but also of tremendous possibility.

Set against the history of how Americans succeeded once before in remaking their country, this study group will examine how the same forces of change—technology and a networked world—can become tools that can open opportunity to everyone. Speakers and examples will be drawn from the Markle Foundation's recently published book: America's Moment: Creating Opportunity in the Connected Age.

SEPTEMBER 30, 2015: 4:00-5:30 pm.
Location: CBG conference room (HKS Belfer Building 503)
The Historic Transformation underway in the Global Economy and How to Create Opportunities in the Digital Age
Guest speaker: Philip Zelikow, White Burkett Miller Professor of History, University of Virginia, former Director and CEO of the Miller Center on Public Affairs at Virginia and counselor to the State Department and Executive Director of the 9/11 Commission. Professor Zelikow was the staff director of the Markle Foundation Economic Future Initiative.

OCTOBER 26, 2015: 4:00-5:30 pm
Topic: How We Prepare Young People for High Quality Jobs in the Transforming Economy of the Digital Age
Guest Speaker: Dorothy Stoneman, Founder and President of YouthBuild
Location: Carr conference room (HKS Rubenstein building #219)
To sign up: Not required - open to all

Lewis Kaden is currently a Senior Advisor at TGG Group; Lead Director of ArcelorMittal SA, the world’s leading steel and mining company; Chairman of the board of the Markle Foundation; and Vice Chairman of the board of the Asia Society.  Mr. Kaden is the John Harvard Gregory Lecturer on World Organization and a Senior Fellow of the Program on Corporate Governance at Harvard Law School and a Senior Fellow of the Mossavar-Rahmani Center on Business and Government at Harvard’s Kennedy School of Government.  Mr. Kaden also serves as a trustee on the boards of the Center for New American Security, Human Rights First, the Business Council for International Understanding, and the Century Foundation, and is a member of the Trilateral Commission and the Council on Foreign Relations.

From 2005 to 2013, Mr. Kaden was Vice Chairman of Citigroup.  At Citi, he was a member of the Executive Committee, Business Heads Committee, and Business Development Committee; he was Chairman of the Business Practices Committee, Controls and Compliance Committee, the Public Sector Clients Group, and the Citi Foundation. Before joining Citigroup, he served for 21 years as a partner at Davis, Polk & Wardwell.  From 1976-1984, Mr. Kaden was a Professor of Law at Columbia Law School, where he also served as the Director of the Center for Law and Economic Studies from 1980 to l984.  He was Counsel to the Governor of New Jersey from 1974-1976.  He was the Chairman of the United States government’s Overseas Presence Advisory Panel (1998-2001), the New York State Industrial Cooperation Council, and Governor Mario Cuomo’s Commission on Competitiveness (1987-1992).  He served as a moderator for the Public Broadcasting System’s Media and Society Seminars, including the “Ethics in America” series, which won a Peabody award.

He graduated from Harvard College in 1963, and was the de Jersey John Harvard scholar at Emmanuel College, Cambridge University, from 1963 to 1964.  In 1967 he received his LL.B. from Harvard Law School, where he was a member of the Law Review. Email: lewis_kaden@hks.harvard.edu 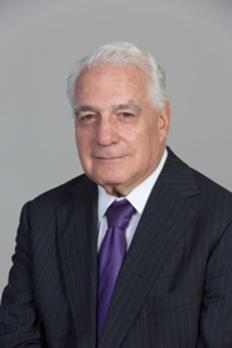