As part of our research work on “Sustainable Development Financing and Investment Options and Tools to Implement National Climate Actions Plans,” for the March 31 Study Group hosted by Harvard’s M-RCBG, Mr. Khan will have the pleasure of inviting Professor Steven Ferrey from Suffolk University Law School for a discussion on how addressing emissions from the electric power industry is vital to managing the risk of climate change. To this end, the study group session will cover:

The importance of power capital decisions now will lock-in long-term consequences; power generation technology is among the longest-lived national infrastructure investments. In addition, this sector is an economic and social lynchpin. At a moment in history when we have zero time remaining before the exceeding the “tipping point” for global climate stability, questions about which nations will finance what power development and how, administered by whom, have become contentious international issues.

This is the dilemma that we will address head-on in our March 31 Study Group led by Professor Ferrey. For the prior 25 years while teaching, he has devoted his non-classroom time leading efforts of the World Bank and U.N. agencies developing innovative models to address and finance power-sector legal, economic, and policy innovations in developing countries in Asia, Africa, and Latin America. His work this summer is in Mozambique, Sri Lanka, Vietnam, and the Pacific Rim islands.

The discussion Steve will lead will cut across the disciplines of economics, business, engineering, finance, and law. Under his direction, we will explore how electric power is different from other energy sources, and the unique technical engineering challenges it creates, the options for power production in developing countries and the carbon impacts of each, the exponential growth in the demand for power in developing countries, and the policy and legal challenges of restructuring the regulatory systems in developing countries to accommodate a sustainable world future. In particular, he will discuss the regulatory models he developed and implemented in many countries over these 25 years international work, and how these models have become indispensable to any meaningful control over world climate change. In general, he’ll lead a discussion on risks, and how the world addresses the financial challenge of global warming.

The projects aims to forge synergy between the Paris Agreement – more specifically Nationally Determined Contributions (NDCs) - that countries publicly outlined as post-2020 national actions and how to create climate finance architecture that is both nationally driven and internationally supported.

The submitted national plans determine contributions in the context of countries’ national priorities, environments and capabilities – within a global framework that pushes collective action toward a low-carbon, climate-resilient future.

The national plans are far ambitious than the climate plans that countries submitted in 2010. This time around, countries have not only projected that they will be slowing their emissions growth, but they are also committing to letting emissions trajectories peak and decline. More importantly, they are signaling intention to take actions not in isolation, but rather, in sync with domestic policies such as national development and economic agendas, and as well as alongside global economic growth trajectories.

These national plans, even if they are implemented in letter and spirit remain insufficient to meet the challenge of keeping global warming at a 2 degree Celsius increase. In addition, successful implementation of these national plans would be vital to much needed ambitious actions on climate change from the 123 countries. Each of these countries, especially the developing ones, will require support to translate their plans into concrete, tangible projects with adequate levels of financing. This will demonstrate that the international community is capable of finding ways to assist countries with ambitious plans and the political will to implement the new agreement.

These national plans can only be implemented if three interlinked conditions are met: (i) what resource are needed and what could be made available; (ii) can these plans be translated into policies, measures, as well as financeable and bankable investment projects and; (iii) what adjustments in policies and national regulatory structure would be needed.

This report would focus on undertaking 3-4 studies on the three aforementioned conditions on at least 4 countries from Asia, Africa and Latin America. More specifically and to start the conceptual framing, we will focus on Ghana and Panama. Two more countries will be identified shortly.

2. How resilient will public sector financing be against austerity and nationalistic measures?

3. Are there any additional public Funds that the developing countries could rely on implementing their NDC’s?

4. How much financing has been traditionally made available to countries like Ghana and Panama?

5. Identify what other public sector instruments such as debt-swaps, trading systems, national and international taxes, levies and carbon pricing tools are available.

6. Which policy approaches or instruments are/would be most effective at unlocking investment to greener/resilient practices? — if not be effectiveness, how can these be evaluated?)

7. What are the new tools that have emerged over the past few years - private-sector funds, carbon foot printing, equities, bonds - to pursue sustainable objectives, especially those that identify climate change as a priority?

8. What are the drivers and enabling environments that allow these investment tools to emerge?

9. What are key barriers that restrict the level of private sector financing?

10. How do these public and private sources of finance interact?

Where are win – win options?

11. How can growth/poverty reduction priorities be embedded into climate finance (or vice versa) to support SDGs?

Farrukh Khan has twenty-years of international diplomatic experience as well as a sustained record of leadership and extensive expertise in sustainable development, climate change, environmental policy and energy. As Head of Climate Finance and Senior Manager on the UN Secretary-General’s Climate Change Support Team, he currently leads the work on mobilizing climate finance both from the public and private sector and investment that would lead to transition towards a low carbon resilient world. Since the 2014 Climate Summit, he has led the work on forging new and innovative partnerships and instruments that were critical to laying the foundation of the Paris Agreement adopted in December 2015. He also led the establishment of the first ever, global, multi-stakeholder initiative by the UN Secretary General on climate resilience: Anticipate, Absorb, Reshape (A2R) with strong support from the UN system, private sector, academia and civil society. In his capacity as Pakistan’s lead negotiator on climate change and sustainable development (2008-2013), he was one of the key players at the international climate negotiations since the Bali Plan of Action in 2007, at the United Nations in forging the Post 2015 Development Agenda and within South Asian region. He chaired several aspects of the International climate talks and proposed and negotiated the establishment of the United Nations Adaptation Fund (AF), the Green Climate Fund at Durban (2010) and the UNFCCC’s Standing Committee on Finance. As spokesperson of the developing world, he led the negotiations on the Rio+20 (2012) outcome “Future we want” both in the lead up to and at Rio. More specifically, he negotiated the agreement on launching Sustainable Development Goals (SDGs) to replace the Millennium Development Goals (MDGs). As a Senior Fellow, he will focus on connecting national climate action plans to financing and resilience. More specifically, Mr. Khan will analyze how international assistance can enable mobilization of domestic resources; how national plans can be translated into policies, measures that would promote financing and bankability of these plans and; how altering national regulatory and incentive structure can reshape development pathways. His faculty sponsor is Robert Stavins, Albert Pratt Professor of Business and Government and Director of the Harvard Environmental Economics Program. Email: farrukh_khan@hks.harvard.edu 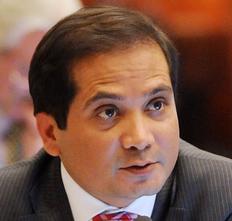