The Dodd-Frank Wall Street Reform and Consumer Protection Act is arguably one of the most controversial and far-reaching laws ever passed by Congress. Most Republicans, who favor an unfettered free market and minimum regulated capitalism and minimum governmental intervention of any sort, opposed it on ideological grounds. Democrats supported it because they felt that money-centered banks had abused their positions and consumers had not been well protected because existing consumer laws were not being enforced by bank regulators. There was little transparency in the new financial world and technology had changed finance remarkably quickly with a notable lagging governmental response. How did the bill pass given all the substantive, political, and procedural hurdles that had to be overcome?

M-RCBG senior fellow James Segel was Special Counsel to Congressman Barney Frank when he was Chairman of the House Financial Services Committee (2007-2011) and closely involved in all aspects of the Dodd-Frank law’s drafting and passage. Mr. Segel invites students to explore the factors that shaped this important law including the role and influence of business lobbies, the Administration, political parties, and the media. The study group will feature guests who played key roles in the process, allowing students to have a rare first-hand look at how this landmark law--and the even more controversial Troubled Asset Relief Program (TARP)--took shape and were enacted.

February 20, 2014
Revisiting the Politics of the 2010 Dodd-Frank Act
Panel discussion with Jeanne Roslanowick, former Director of the staff of the House Financial Services Committee, and Ed Silverman, former Staff Director of the Senate Banking Committee
11:45-1:00, Bell Hall, sponsored by the Regulatory Policy Program

April 24, 2014
Dodd and Frank on Dodd-Frank
The Hons. Christopher Dodd and Barney Frank share their perspectives
HKS Forum event, 6:00pm in the Forum

James Segelrecently returned from serving for four years as Special Counsel to Congressman Barney Frank, then Chairman of the House Financial Services Committee (2007-2011). While there he was extensively involved in working on what became the Dodd-Frank Bill as well as the activities surrounding the financial crisis beginning in 2008. In addition, he worked extensively on banking, housing, insurance, municipal finance, and other issues within the jurisdiction of the House Committee on Financial Services. He served as the Chairman’s liaison to other Democratic members of the Committee; the entire Massachusetts Delegation; to Massachusetts governmental officials including the Governor’s office and the Mayors’ offices; and as liaison to national and Massachusetts businesses and advocacy groups. Segel began his professional career in the Massachusetts State Legislature as a State Representative from Brookline, served as chairman of Barney Frank’s first Campaign for Congress in 1980; and then served as the first Executive Director of the Massachusetts Municipal Association dealing with the response of cities and towns to Proposition 21/2 and other municipal finance, environmental, and labor issues. Following MMA, he served as of counsel at Hale and Dorr in Boston (now Wilmer Hale) for ten years and then as a partner at Smith Segel Ruddock. Segel returned to Smith Segel Ruddock after his service in Washington. He has served on a number of elected and appointed boards and commissions including gubernatorial appointments to the State Tax Reform Commission; the Commission on State Aid to Cities and Towns; Special Commission on Environmental Operations (the Tsongas Commission); the Commission on the Disposal of Low level Radioactive Waste; and the Chairman of the Mayor’s Commission on Healthcare which led to the merger of Boston City Hospital and University Hospital in Boston. In addition, Segel served as Secretary to the Coordinating Committee (the Vault ) representing leading businesses in Boston; President of Temple Israel in Boston; President of the Jewish Community Relations Council; Chairman of the Advisory Committee to WBUR; Treasurer of the Old North Church Foundation: and a fellow of the Massachusetts Historical Society. He graduated cum laude in government in 1967 from Harvard College; received his MPA from the Kennedy School at Harvard in 1976; and his JD from Boston College Law School in 1972. As a senior fellow, he will research the passage of TARP by the US Congress. His faculty sponsor is David King, Senior Lecturer in Public Policy. email: james_segel@hks.harvard.edu 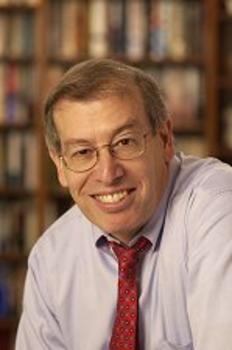